Cressida, Rachael and the Duke 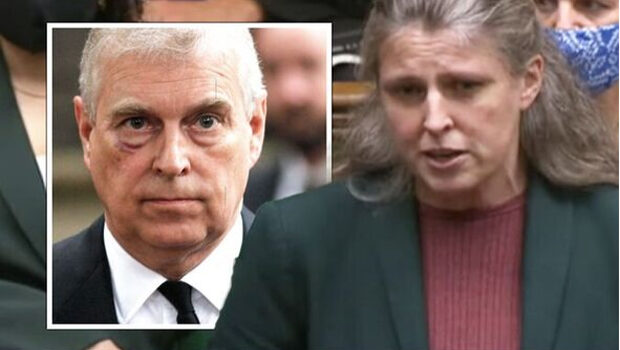 Cressida, Rachael and the Duke

In my article “Sarah, the truth must come out”, I covered the controversies surrounding the Commissioner of the Metropolitan Police, Dame Cressida Dick, who I asserted was a Police loyalist that resented criticism of the Police by “armchair critics” i.e. non-Police Officers. I expressed the view that she was not the person to facilitate fundamental reform in the Met and that:

“The failings identified exclusively in this article are further evidence that it is time for her to go”.

Mayor of London Sadiq Khan, apparently exasperated by her continued failure to progress reform and come up with credible measures to remove racism, homophobia and misogyny form the Met, subsequently forced her to resign. In my view, he had no choice over this and it was the only course of action open to him 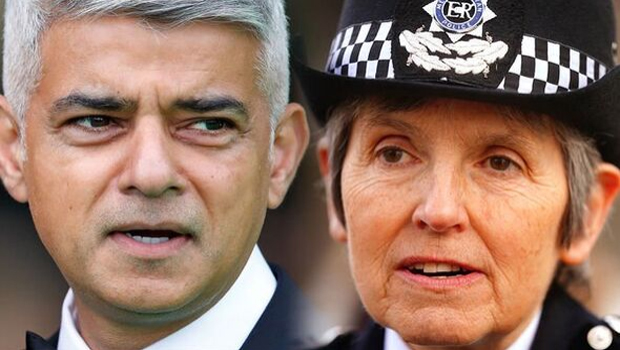 One of the controversies that Commissioner Dick was involved in was her decision not to investigate multiple allegations of criminal offences connected to the Jeffrey Epstein sex-trafficking ring that were committed in the UK. Some of which are alleged to have involved Prince Andrew.

Her justification for this can be heard from her in this video clip of her comments on the case to LBC in which she asserts that, in coming to this decision, she has considered the three factors:

Ms Giuffre and others have submitted evidence that they were trafficked into London on convicted paedophile Jeffrey Epstein’s infamous jet known as “The Lolita Express”. Ms Giuffre has stated that she stayed at the Belgravia home of convicted procurer and trafficker Ghislaine Maxwell and was trafficked to Prince Andrew. So it appears to me that the above three criteria have been met.

However, Commissioner Dick has taken the view that there is no investigation for the Met to open.

The Metropolitan Police Service (MPS) released this statement to the NYE:

The Metropolitan Police Service continues to liaise with other law enforcement agencies who lead the investigation into matters related to Jeffrey Epstein.

As a matter of procedure MPS officers reviewed a document released in August 2021 as part of a US civil action. This review has concluded and we are taking no further action.

We also reviewed information passed to us by a media organisation in June 2021. This review is complete and no further action will be taken.

In January 2015 the MPS was contacted by a third-party following media reports concerning Epstein. The MPS reviewed and considered the information provided.

In May 2015, the MPS was contacted by representatives of a person who made allegations of non-recent trafficking for sexual exploitation against a US national, Epstein, and a British woman relating to events outside of the UK and an allegation of trafficking to central London in March 2001.

Following the legal advice, it was clear that any investigation into human trafficking would be largely focused on activities and relationships outside the UK.

Officers therefore concluded that the MPS was not the appropriate authority to conduct enquiries in these circumstances and, in November 2016, a decision was made that this matter would not proceed to a full criminal investigation.

That decision was reviewed following the death of Epstein in August 2019. In November 2019 the MPS confirmed that it would remain unchanged.

In December 2019 the MPS was contacted by representatives of another person regarding allegations of sexual assault against Epstein. Officers spoke to this person in February 2020 and recorded their allegations. However, the person did not make a formal statement or wish officers to pursue the allegations. No investigation was commenced.

In March 2021 the MPS was contacted by representatives of a third person regarding allegations of indecent assault against Epstein. The complainant did not wish to make a formal statement or wish officers to pursue the allegations. No investigation was commenced.

[My underlining: the passage to which Commissioner Dick referred in her interview]

The American authorities have no jurisdiction over these alleged offences because they took place in the UK, so this decision will ensure that they are not investigated.

Releasing the logs of Prince Andrew’s protection officers would instantly resolve the issue of where Prince Andrew was when Ms Giuffre alleges they were being intimate. However, during the LBC interview, Commissioner Dick refused to discuss what the logs of Prince Andrew’s protection officers say. Exactly the same approach she adopted to the Daniel Morgan Independent Panel which found there had been Police corruption in the investigation into Mr Morgan’s murder.

All our readers will be aware that Prince Andrew has now settled a civil court case with his alleged victim Ms Giuffre – whom he said he never met – for a settlement alleged to be ten or twelve million pounds. There is speculation that this and his legal costs – which will also certainly be in the millions – will be funded by Her Majesty the Queen.

However, this affair my not be over and there could be further ramifications for Prince Andrew:

Should Prince Andrew be stripped of the title Duke of York?

A poll of York residents by a local newspaper found that 88% of the respondents felt that he shouldn’t carry the title Duke of York which, to some degree, associated him with the city in an Ambassadorial role. Ms Maskell has stated that many women in her constituency do not want the name of York associated with a man that chose to associate with sex-traffickers. She is also concerned that the association of Prince Andrew with York will damage its reputation, affect tourism and damage the local economy.

The last time this happened was in the First World War, when Members of the German nobility who also had British aristocratic titles had their titles removed by The Deprivation of Titles Act 1917. One of these was Charles Edward, Duke of Saxe-Coburg and Gotha who was the grandson of Queen Victoria. He additionally held the titles Duke of Albany, Earl of Clarence and Baron Arklow until deprived of them by the 1917 Act. Like Prince Andrew, he was also a Prince of the United Kingdom until he was deprived of that title of Prince by King George V in 1919.

It should be stated clearly that Prince Andrew has made no admission of guilt, that he has not been convicted of any crime or indeed, even been charged with any crime. But whilst the poll was only based on a small number of people, it is nevertheless indicative of public opinion and how it has turned against Prince Andrew.

Irrespective of whether or not Ms Giuffre’s allegations are accurate, there has been a highly damaging chain of events:

In short, while Prince Andrew has evaded a police investigation and has used his mother’s money to obtain a settlement that does not involve any admission of guilt; he has nevertheless been condemned in the Court of Public Opinion.

Hence, I believe the reason that public opinion in York is in favour of removing the title.

For my part, I think Commissioner Dick’s decision not to investigate the alleged offences committed in the UK by the Epstein paedophile ring, or to release the protection officer’s logs is perverse. I hope it is reversed so the full truth comes out. I am glad Commissioner Dick is leaving the service. The sooner she goes the better.

Some people will take the view that -as in the Peter Jaconelli and Jimmy Savile paedophile ring that the NYE Team exposed -this is another case of the rich and powerful being protected by the police. This will undoubtedly further undermine public confidence in the police.

I think Ms Maskell is right and that Prince Andrew should voluntarily relinquish his title of Duke of York. If he chooses not to respect public opinion and take this honourable course of action, then I think he should be deprived of it by Act of Parliament.

Finally, I feel dreadfully sorry for Her Majesty, who is ninety five and suffering with Covid, but is still having to deal with the worst royal scandal in decades, that just keeps rumbling on.