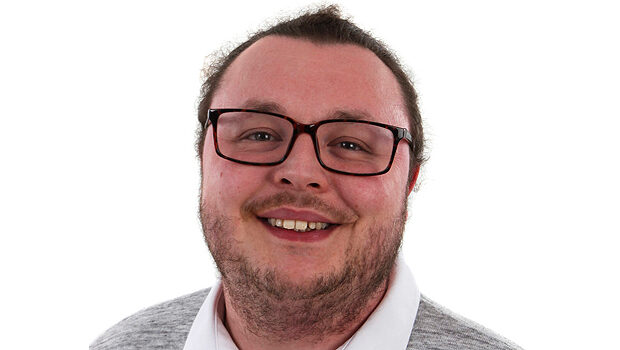 Guest Author Alderman NORMAN MURPHY shares his opinion of the democratic contribution provided by Castle Ward Councillor ALEX BAILEY [Lab.]. It is not a high opinion . . .

Have you seen this man (pictured above)?

Well, the chances are that if you live in the Old Town of Scarborough, the answer will almost certainly be NO.

So who is this, errm, elegant gentleman, I hear you ask? What is his connection to the Old Town, and why should anyone be looking for him?

Well, this fine chap is, in fact, ALEX GEORGE BAILEY, and he, believe it or not, has, for over two years now, according to the Council, been one of three Councillors supposedly elected to be the representatives of Castle Ward residents on Scarborough Borough Council.

Apparently, somehow back in 2019, our “I haven’t got a clue” ALEX managed to get his name onto a ballot paper and amazingly – much to his surprise no doubt – he got himself elected. What contribution to the Council ALEX thought he could make is not clear.

However, what we do know is that since the elections hardly anybody in Castle Ward has ever clapped eyes on him and, if he is referred to at all, which is almost never, he is likened toTHE INVISIBLE MAN.

Well, so what, I hear you say? So BAILEY is useless, makes no contribution to the Council and is hardly ever seen in the Ward he pretends to represent? Though this behaviour is nothing unusual, this description could be easily applied to most of the other twelve Labour Councillors who represent wards in the Borough of Scarborough.

And, of course, this observation is true. Our ALEX is every bit as useless as most of his fellow Labour Councillors and no doubt takes after his supremely incompetent leader, Steve (Major-Major Dog’s Breakfast) SIDDONS.

However, although BAILEY is a useless Councillor, his total incompetence has not, up until now that is, greatly bothered Old Town residents.

This situation, however, changed dramatically when, on Tuesday evening 19th October, at Scarborough Library, Castle Ward Councillor BAILEY FAILED, despite being invited, to attend a Public Meeting, which was called to discuss the ARGOS project which, apart from being the biggest investment project in the history of the Borough of Scarborough, is being developed slap-bang in the centre of his own Castle Ward.

The ARGOS scam, as readers and ratepayers will know only too well, is a £30 million wholly ratepayer-funded project, backed by BAILEY and his Labour buddies, which will see a Scottish development company build Coventry University a block of 200 plus bedsits on the site of the old ARGOS building situated in the heart of Old Town Scarborough.

Now, as most normal, sensible and rational people have pointed out, the Council, SBC, borrowing £30 million to build a wealthy university a block of bedsits is, in itself, a totally preposterous proposition and makes no sense whatsoever on any level.

This view, perhaps unsurprisingly, that building a £30 million pig-ugly block of bedsits, in place of the existing pig-ugly building, is a ludicrous idea is, of course, perfectly understandable.

And, of course, residents from every corner of the Borough fully understand that even though the ARGOS scam is taking place in the Old Town of Scarborough all ratepayers, wherever they live in the Borough, will be forced, through increases in their rates bills, to pay for it.

An increase in our rates bills, is, I am sure most would agree, bad in a general sense for everyone, but for Old Town residents it will be A DOUBLE WHAMMY. Not only will they be hit by increases in their rates bills, they will also have to live with the monstrosity of a building, and the adverse social and environmental consequences that will inevitably follow if the ARGOS scam becomes a reality.

Needless to say, therefore, although universally despised throughout the Borough, the ARGOS scam is especially hated in the Old Town of Scarborough.

Which rather conveniently brings us back to why Old Town residents want to see their Councillor ALEX (the Invisible Man) BAILEY.

Many, residents – probably all, actually – wanted to ask him why he is backing the ARGOS scam, which if it went ahead would cost them a lot of money and make their lives hell.

They wanted to know why he thought building 200 plus bedsits in the heart of their Old Town was going to regenerate the Borough of Scarborough.

But perhaps most of all, they wanted to know why he was betraying their trust by supporting a scheme that they do not want and had never voted for.

However, Councillor BAILEY it seems has gone to ground, and although residents looked for him here, there and everywhere, not a sign of their Councillor could they find.

BAILEY’S utter contempt for those who elected him is, however, sadly, nothing new, and is, it seems, ‘standard operating procedure’ in the SIDDONS administration.

BAILEY does, however, have a chance to redeem himself. Although under orders to obey Leader SIDDONS – who, for whatever reason, thinks the ARGOS scam is a good idea, arrogance, greed, glory, corruption, you take you take your pick – BAILEY can, if he wants, support his constituents and vote AGAINST the ARGOS scam.

My guess is, however, that BAILEY will follow orders and vote how his master SIDDONS wants.

Which of course brings him into direct conflict with the wishes of his constituents, who want him to support them.

It is a dilemma, ALEX,  and one, that I fear is not going to end well for you.

Nor, I suspect, is it going end well for Leader SIDDONS. However, unlike you, ALEX, he (I am quietly informed) will be well out of it in TUSCANY by the time the you-know-what hits the fan.

Anyway, whichever way you vote, ALEX, things don’t look good for you. It might be time to start thinking about heading for the exit, before you get hung out to dry. After all, somebody will have to take the fall, and – as I see it – you ALEX, look like being the fall guy.