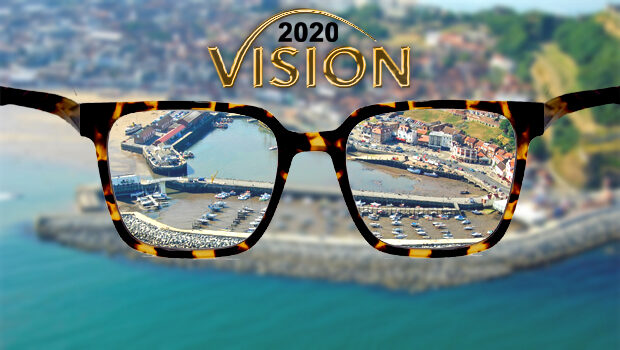 A Letter to the Editor from ROGER PICKSTOCK of Scarborough, who offers an even-handed lay perspective on the Hemingway Design ‘Masterplan’ for the regeneration of Scarborough Harbour.

I have read the document from Hemingway Design and although I wholeheartedly support some of the ideas being mooted, I am reminded that historically, visions seldom become reality for valid reasons:

Am I cynical? Well, yes – since I have had personal experience of being involved in the ‘almost but not quite’ production of systems based on someone’s vision.

A successful vision (if the beast exists) is reliant upon a strong stakeholder commitment. Stakeholders include those providing the end product but also those who ultimately benefit from it. It is also reliant upon a realistic budget, which should contain contingencies for all sorts of potential problems.

I am reminded that, within the Borough, we have several empty sites where visions have never materialized, I don’t think that I need to list them here. My point being that tendering for any work needed to fulfil a vision does not stop with the lowest bid or the ‘friend of a friend’ brigade. it is the duty of those doing the planning to make sure that the people that they represent, whether that’s stakeholders or electorate, are well served and not short changed.

In this case, the vision is a collection of ‘like to haves’ and although we are reminded of Government grants for this, that and the other, how do we know that in this current era of government spending that the financial aspiration isn’t being eroded by the financial reality?

My expectation is the successful delivery of the vision and, as a resident, I hope wholeheartedly that it will be realized. There are many issues to tackle and the most important thing to remember is that everyone should have a voice and input into the process. The process must be transparent and communicated in a timely fashion to everyone. We all have an interest in making Scarborough better for residents and visitors and there has to be a strong-willed and committed body of people running the show in order to make it happen and be a big success.