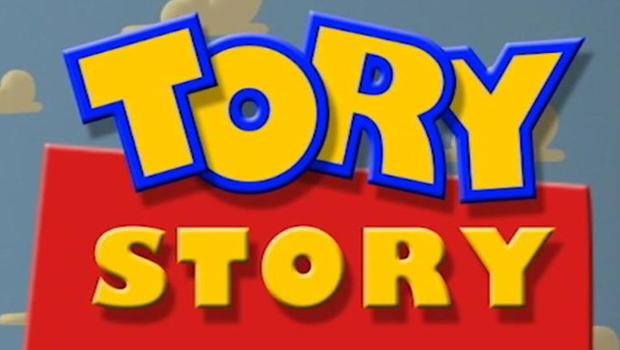 A Letter to the Editor from Derwent Valley & Moor Ward resident, FRANK WRIGHT, who writes to share his opinions regarding the build-up to local elections in the southerly parts of the Borough – the parts other media outlets never seem to reach.

Although I have very little connection with either Filey or Hunmanby, the antics of candidates in both of these wards has rather disgusted me.

In Filey, my disgust concerns an email sent by North Yorkshire County Cllr Keane Duncan (Conservative) to the Tory faithful in Filey, pleading for candidates to come forward as they only had one candidate in the three seat Filey ward. Moreover, Cllr Duncan was so contemptuous of the Filey electorate that he made the astonishing admission that if anyone should put their name forward they would only be a ‘paper’ candidate which would mean “there would be no campaigning work from you”.

How “not” campaigning, and yet expecting people to vote Conservative, would serve the interests of the Filey voter is, as I see it, about as politically low as a political party can go. However, Duncan’s final statement that this would in some way be assisting democracy shows, at least to my mind, how totally out of touch with voters he and his party are.

Be that as it may, the news that candidates were wanted came as something of a shock to Conservatives in Filey as several possible candidates had already offered to stand in Filey on a Conservative ticket but none had been offered the chance. This, of course, seemed very strange to Cllr Duncan and was equally puzzling to the Filey faithful. However, it was by no means a strange decision from Leader of the Council, Cllr Bastiman’s point of view.

As most people are aware, from the results of previous elections, the good people of Filey are not overly keen on Cllr Bastiman’s version of Conservatism and, therefore, Conservative candidates have not done well in Filey for many years. Therefore, because Cllr Bastiman’s rickety Conservative regime is so unpopular in Filey (and, as now seems to be the case) throughout the whole Borough, he has come up with a cunning plan to try and salvage something from the jaws of the defeat he is so clearly staring into.

The solution to the Filey problem, Cllr Bastiman seems to think, is to abandon any potential Conservative candidates in favour of a stooge Independent candidate. As most people will be aware over the last few years Cllr Bastiman’s administration has been propped up by two Independents, one of whom is the member for Filey, Portfolio Holder for Major Projects, Mike Cockerill (an ‘independent’ Independent – the other so-called Independent being Cllr Bill Chatt of Woodlands Ward, also given a Portfolio for his services to the local Conservative Group.

However, despite Conservative support, Cllr Cockerill’s seat is far from safe as many people in Filey are now catching on to the fact that when they vote for Independent Cockerill they are not actually getting an Independent but a full blown Tory.

Moreover, as many will recall, it was not long ago that Cockerill had to apologise for using the N-word at a Town Council meeting. So with the possibility that Cllr Bastiman might lose his faithful servant Cockerill, something had to be done to try and save his seat. The solution was to dump the existing Filey faithful and only allow one Conservative to stand, in the hope that this would not dilute or erode Cockerill’s vote. Whether this cynical manipulation of the Filey faithful will prove effective on 2 May remains to be seen, but at least they can now see who they are voting for … or not.

Looking now at Filey’s sister ward, Hunmanby, we may see that dark clouds are also gathering and are threatening to pour cold water on the Tory bonfire in this ward. As some of you may have seen, two or three comments made by prospective Conservative candidate for Hunmanby, Tom Seston, have upset rather a lot of people. The comment, sick joke, call it what you will, which Seston posted: ‘people say that Hillary Clinton was the most qualified presidential candidate in history. Given her experience as first lady and secretary of state. Peter Sutcliff was a fantastic lorry driver, I wouldn’t give him a job’, perhaps not surprisingly, has been angrily received by a considerable number of people, young women, in particular.

However, while this comment is unquestionably totally disgusting and offensive, it is, also quite disturbing, as it was made by someone who is standing for public office. As current SBC Cllr for Hunmanby, Michelle Donohue-Moncrieff, says: ‘Peter Sutcliffe was an evil man who preyed on and killed innocent women. I cannot think of any circumstance in which he would be mentioned in a joke. These comments sadly show the real attitude of Tom Seston and the local Conservative party to vulnerable women’.

Nor was prospective candidate Seston’s attitude towards vulnerable women the only thing to be exposed recently. My attention was also drawn to further comments he made with regard to his work in the Hunmanby community which Cllr Donohue-Moncrieff also unflinchingly exposed. After receiving a copy of the amateurish brochure he and Cllr Godfrey Allanson, his Conservative running mate in Hunmanby, distributed, Cllr Donohue-Moncrieff wrote: ‘the claim that he “has worked on a number of local issues” is simply not true. Seston has no connection with Hunmanby or its surrounding villages and has done nothing for our local area. Local residents are already asking who he is and I am only too happy to oblige’.

This observation, which appears to be true as Seston has made no rebuttal (except to tell NYE editor Tim Thorne, who broke the story about his shameful remarks concerning the Yorkshire Ripper being a good lorry driver, to F!!! Off) is again very disturbing. Attempting to, in effect, dupe the electorate into believing that a candidate “has worked on a number of local issues” when, in fact, they he has no connection whatsoever with the ward or the residents he purports to wish to represent, is, in my view, not only tantamount to lying, but also, morally, very questionable.

Moreover, and this has been mentioned by several people, by not condemning the comments and claims made by candidate Seston, unless they have done it on the quiet, the morals of the whole membership of the local Conservative party must be brought into question.

Indeed, the lack of any kind of response from the local Tory group seems to reinforce the widely held perception that they are so desperate to hold onto power that they will allow people with questionable morals and those who think the actions of the Yorkshire Ripper can be made into an election joke, to stand on a Conservative ticket.

Nor, it seems, are the questionable morals of candidate Seston and his attempts to fool his prospective voters the only ones to be exposed in the Hunmanby Ward. Godfrey Allanson, the other Tory candidate in Hunmanby, has also come under scrutiny in recent months. Frank Shepherd, a Hunmanby resident, had this to say about Allanson’s qualities as the ward representative, his “lack of understanding of the role of Councillor is hardly surprising as he has spent the last four years (or should that be five decades) as apologist for the uncaring nasty party and putting whoever happened to be his party Group Leader above those who foolishly voted for him”.

Mr Shepherd, is of course alluding to Allanson’s unquestioning support for local Conservative policy, à la Bastiman, whether this will adversely affect those who actually voted for him or not. Indeed, Allanson’s voting record is impressive and I cannot find a single occasion when he has not supported whoever was Council Leader with his vote. This unswerving loyalty has, however, finally aroused in many Hunmanby residents the suspicion that their confidence in Allanson to represent them, rather than his party, has been totally misplaced.

Indeed, it is perhaps Mr Shepherd’s final comment that  best sums up Allanson’s term in office when he says, “for me, though, the one thing that marks you out (Allanson) as a farcical puppet candidate, as a useless yes-man and an utter hypocrite, is to pretend for a second that you have the slightest interest in representing us”.

So it seems the poor people of Filey and Hunmanby have a rather unsavoury trinity of candidates wanting their votes. Whether these three individuals will succeed, is of course, unknown until the results of the 2 May elections are revealed. However, my suspicion is that the residents of Hunmanby will be as revolted, as voters throughout the Borough have been revolted, by Seston’s disgusting comments and false claims. Indeed, my thoughts are, that voters in Hunmanby will not vote for any candidate who has no discernible connection with the people he seeks to represent, and worse, considers that making jokes about the brutal murder of vulnerable women is in some way funny.

With regard to Alanson, and his chances of gaining voter confidence, we must also conclude that with his lamentable track record of not supporting the people of Hunmanby, he too must be standing on rocky ground.

Nor, I suspect, will the voters of Filey want to reward “INDEPENDENT” Cockerill for his support of Conservative policies. Indeed, his pretence of being an Independent, while in reality being a Tory, must now be wearing a bit thin with voters in Filey.