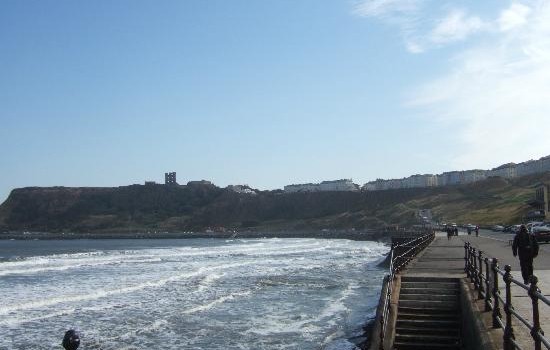 When you think about the assets of Scarborough, what comes to mind? The Marine Drive is probably our biggest draw. People love being so close to what can be the most powerful force of nature. A walk on the golden sands of the South or North Bay beaches is probably high on the list too, mostly because they are free. People will follow that up with something to eat in a restaurant or café, some famous Scarborough fish and chips or some seafood sold from a variety of stalls along the South Bay.

So what will people pay for in Scarborough? Nearly 100,000 people paid to visit the Futurist Theatre last year. They came to see touring West End shows, Music Stars, Comedians and also to watch a recently released film. The majority of those people were visitors with a sizable bunch of Futurist visitors being locals. After the event the visitors went out for a meal, a few drinks, a spot of recreational shopping, which included a stay in a local hotel or guest house. Some went straight home on the coach. The locals also went out for a meal and a few drinks, followed by a taxi home.

To put it more bluntly, the Futurist Theatre is a major economic asset for Scarborough. It is worth £millions to the local economy. Not too shabby for a £60k subsidy from Scarborough Borough Council, eh? Looking at the current subsidy from an investment point of view, it is a massive success for the town. The investment could be reaping returns over 100 times the initial outlay for the town. If SBC supported the Futurist Theatre in the same way they do the OAT and The Spa, then it likely wouldn’t need a subsidy at all. Imagine having a Scarborough Borough Council-owned asset that actually makes a profit. Would that be a first?

As part of the Town Hall Accommodation Review, figures were put into the public domain for the redevelopment of the Futurist. The current figure is £2.2million for a refurbishment that will see it operational for the next 10 years. After a quick delve into the figures it became clear the SBC-quoted figures are probably too high. A figure of £900k was quoted for fully replacing the heating system. If Council Officers had done due diligence (perhaps they had and decided to fudge the figures?) they would know the boilers were replaced in 2004 and are good for the next ten years at least. It seems the full restoration of the building frontage has been massively over-estimated too.

Unfortunately the powers that be have decided the fate of the Futurist Theatre. They ceased essential maintenance years ago with a policy of deliberately neglecting that maintenance, so they can build a case for disposal. Scarborough Borough Council, in the shape of Jim Dillon and Tom Fox, want to demolish the Futurist Theatre and build a hotel with a bar and restaurant on the site. Whilst some decry such an act of unspeakable vandalism on one of Scarborough’s Cultural attractions, I would be more worried about the long term viability of the town as a tourist resort.

Do Messers Dillon and Fox seriously believe that a hotel with a bar and restaurant will come anywhere close to replacing the spending power of 100,000 Futurist visitors? I’m sure they’ve got a report from a reputable consultant saying it will be a roaring success, but I bet it is from the same consultant that advised them on the Open Air Theatre and the Spa refurbishment programmes. Look how those two turned out! We could easily advertise Safari holidays in the Borough without upsetting the folks at Advertising Standards Authority.

Sending out Nick Edwards with figures that don’t stand up to serious scrutiny and continuing to hide behind those figures is morally reprehensible. It is time Dillon and Fox were locked in a room with the Scarborough public and made to justify their ludicrous plans.

There is a full Council Meeting on Friday July 20th. You can still make a difference by contacting your Councillors and telling them you don’t want the Futurist demolished and you want Town Hall to remain where it is.