There has been much speculation as to the exact nature of the allegations made by former SBC employee Ben MARRIOTT.

Widely known is the fact that Ben MARRIOTT has made a number of assertions regarding actions which he describes as ‘fraud’ and ‘corruption’ centred on the department in which he worked for many years.

Indeed, this much is made explicit in Judge Humphrey FORREST’s Judgment (reproduced here).

The following extracts from the Judgment give a graphic picture of the general nature of those actions:

Early in 2013, information began to be passed to me from independent sources within the Council – that is to say, not Ben MARRIOTT. The information (reminiscent of proven allegations against Graham STUART MP [Con.] and Councillor Charles BAYRAM [Con.] in the East Riding) included several of the elements referred to by Judge FORREST in his Judgment, including:

(i) re-surfacing of driveways;

(iv) installation of kitchen and bathroom hardware, including tiling;

In any objective view, these allegations, made not by me, remember, but by independent observers within the workplace, correlate extremely closely with the Ben MARRIOTT allegations, as synopsised in Judge FORREST’s Judgment.

The Council concedes that these allegations were known to Head of Human Resources Mr Roger KAYE (no longer with the Council) and claims to have investigated and ‘found nothing untoward’. However, the Council can produce no records of any such investigation.

In the following excerpt (items 48 and 49), Judge FORREST takes care to constrain himself to the form of words “does tend to show” that Council employees used their positions for private gain and “also tends to show” that criminal offences had taken place.

Nevertheless, Judge FORREST concludes by stating, in agreement with Mr MARRIOTT, that “Mr Marriott had reasonable grounds for his belief”.

The information passed to me in early 2013 presented me with a problem; it was hearsay. Because I was unable to provide evidential proof to a standard that would meet the requirements of a prosecution, I reported (in an article dated 5th August 2013) on the information passed to me by substituting aliases for the protagonists who had been named to me, thereby representing the whole as a work of fiction. I did so both in the public interest and in the hope that the Council would recognise that a scandal might yet be forestalled.

The Council did not react.

So on 15th September 2013, I emailed Mrs Lisa DIXON, Director of Legal & Democratic Services and Monitoring Officer at SBC, including the following offer:

“Please note that I am eminently willing to co-operate with you in exposing this fraud-ring so that the perpetrators may be brought to justice and the continuing abuse of the public purse be brought to a halt.”

Mrs DIXON did not accept my offer.

At every turn, SBC has evaded its duty to root out individuals who, by all appearances, have broken the law to their own advantage and at the expense of the public purse. That is corruption.

Why has SBC evaded its duty?

To protect a few artisans at the bottom end of the Council’s food-chain?

Or to protect a few superannuated cowboys at the top of the food-chain?

In my view, and on the balance of probabilities, the latter is infinitely more likely.

In my view, the public interest will be best served by a diligent and thoroughgoing investigation by an impartial body with adequate powers of investigation – the Police (ideally, a Police Force geographically remote from the Scarborough area).

So I would ask the Leaders of the Opposition parties – Councillor Dilys CLUER for the Greens, Councillor Sam CROSS for Ukip, Councillor Steve SIDDONS for Labour and, for good measure, Independent Councillor Janet JEFFERSON:

“When are you going to call the Police?”

There have been many precedents for prosecutions relating to Council personnel subverting Council manpower and materials. Please review the following document. 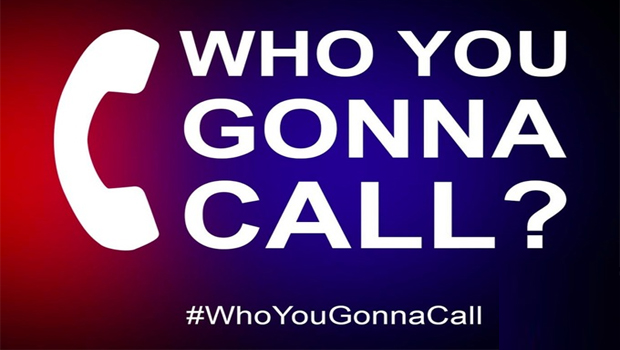