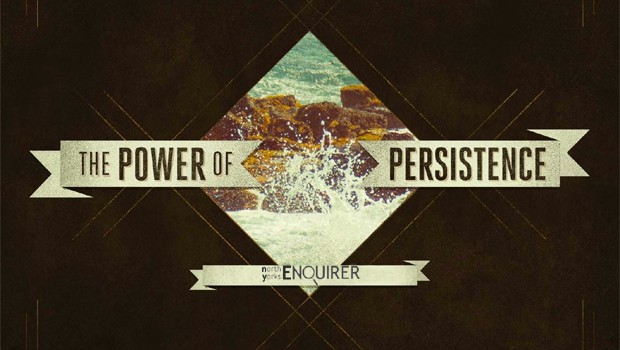 A Letter to the Editor from recent UKIP convert, SBC Councillor Mike WARD, offering his steadfast support to the citizen-journalists of the North Yorks Enquirer. From 2007-11, Mike represented West Cliff Ward in Whitby on Scarborough Borough Council, and in 2013 he was re-elected, at a by-election, to represent the Esk Valley Ward.

Those in public office, victims of abuse and residents all owe a debt of gratitude to the journalists of the North Yorks Enquirer.

They have highlighted many issues of public concern and where they genuinely believe there has been a misuse of authority and/or public funds.

Some might see what they do as harassment but many more will see it as persistence when they believe there are questions to be answered.

Over the last few years I have seen what they have achieved at first hand in my local area and their reporting goes much wider. However, I will stick to local issues.

At all times those in authority have been given ample opportunity to challenge, address, explain, and/or ​deny​ everything that has been raised.

Me Too Vouchers – A​n excellent idea which was badly administered as acknowledged​ by the CEO of NYCC. At least one supplier was forced to reduce their claim on the public purse and many thousands of pounds was saved because of the reporting by the Enquirer​.

Declarations of Interest – SBC acknowledged that these for both Officers and Councillors should be available for public scrutiny. Prior to the reports only those of Councillors were available. Discrepancies were highlighted, corrected and in some case action taken because of these journalists​.

Expenses – Councillors were forced to repay travel claims for Party Political meetings and one Councillor was even shown to have double claimed on two authorities for similar journeys. He was found guilty and made to repay the amounts over claimed. The practice of being paid for a home broadband service by multiple authorities was stopped.W ould this have happened but for their persistence ?

Benefit Claims – Q​uestions have been raised though some of this is ongoing. If no fraudulent claim was ​made it must simple to get a letter from the DWP to say exactly that. No further questions would then even be necessary.

Business dealings at home and overseas – Again many questions on a number of issues have been raised but still no answers provided. If there is nothing outstanding to answer on any dealings of a company why can’t the appropriate authority be asked to say just that? If no monies are outstanding by any company then that ends the matter. The record needs to be ​put straight.

There were issues in the past on Real Whitby where some of the comments from the public that could be added at will were not always helpful. The North Yorks Enquirer has no comment field so the journalists themselves have already addressed what could have been seen as an issue.

All I can say as a local SBC Councillor is keep up the good work. We should all simply follow Nolan’s Seven Principles of Public Life and ensure openness and honesty in all matters. If there is nothing to hide there can be nothing to fear.

Someone once said there is no such thing as bad publicity. It simple gives us all the opportunity to sometimes admit things did go wrong and apologise. There is no harm in saying sorry.

If something published is wrong then we can simply explain the correct facts of any situation. At the end of the day, if anyone is guilty of libel then there are the courts to deal with that. Any individual(s) can sue for defamation.

In some cases and to prevent ongoing claims maybe we should communicate more effectively​, use mediation or initiate a public enquiry so issues can be given closure.

Hard reporting is something to be expected in public life but get things right and any criticism will stop.

A full explanation and sometimes a change in direction is key.

For anyone to try to shut down any media operation on more general tenuous grounds must be wrong. It would be interesting to know at whose expense the recent ​legal action was​ taken. At a time of severe policing cutbacks I would assume as a local taxpayer that no police funds were​ expended on this issue.

For me that would be a misuse of the public purse.

Freedom of speech must be protected at all times.