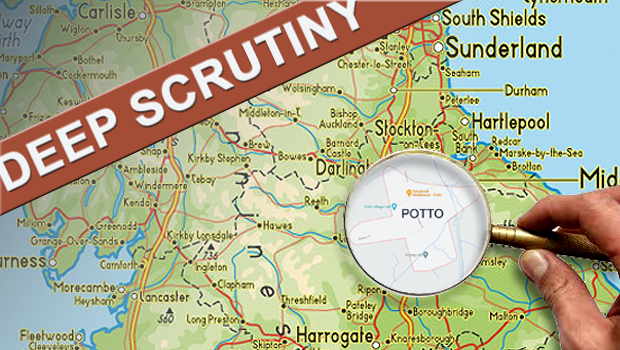 Now that three articles on the subject of Potto Parish Council have appeared on the North Yorks Enquirer website, the time may have come for readers to ascertain their own objective evaluation of their accuracy.

Those who have sought to discredit my Potto articles (and here I quote one misguided soul who claimed: “they are just not true”, etc.) are invited to check for themselves veracity of the facts that I have drawn upon, almost exclusively from the public record, including:

Apropos the latter, it is important to remember that when one transmits an email, even to a single ‘trusted’ recipient, ALL control over that email (including its contents, the sender’s own email address, the email addresses of any Cc: recipients, plus attachments – if any) is lost forever. Unless the recipient is a public body (or other Registered Data Controller/Processor, such as a business, club or buying collective), there is no legal duty on the part of the recipient to observe any degree of confidentiality.

In short, there is nothing (technical or legal) to prevent the recipient doing as she/he pleases with incoming emails – for example forwarding them, without the original sender’s knowledge or consent, to an unlimited number of further recipients, who may thus obtain the original sender’s personal data – and one another’s – ad infinitum – none of which is unlawful. Those who have imagined otherwise have been somewhat naïve.

For legal purposes, information shared between more than two parties is deemed to have been ‘published’ – and is thus in the public domain.

This does not mean, however, that confidentiality no longer exists in the modern world. Some information is confidential  and in a legally binding way because the law says so.

For example, every elector within any given local authority has the right to submit, to her/his local authority’s External Auditor, one or more Objections to the Annual Accounts of that local authority. Indeed, every authority must, by law, publish a formal Notice announcing these Public Rights every year (although the record shows that Potto Parish Council has made multiple attempts at expediting this Notice adequately and has repeatedly failed lawfully to do so for a number of years).

The statutory underpinning for this Objection process was formerly to be found under the Audit Commission Act 1988 (since repealed), but is now enshrined in the Local Audit and Accountability Act 2014 (LAAA 2014).

In the case of Potto Parish Council, PKF LITTLEJOHN LLP has confirmed that 326 Objections (spread over four financial years) were scrupulously examined and ALL found to be VALID. To spare a monumental burden on the Council (and thus the ratepayer), a mere 97 of these were investigated in forensic detail and UPHELD, with each of the 97 (in many cases, the same shortcomings were recorded year upon year) amalgamated into one or another of 14 distinct categories, giving rise to 17 binding Recommendations.

Schedule 11 of the 2014 Act, Disclosure of Information, constrains the parties to the Objection (the External Auditor, the Objector and the local authority) to legally binding confidentiality (excluding for anti-terrorism purposes), unless with the explicit written consent of the parties (including the Objector).

Readers may have wondered, therefore, how it was that the identity of one Objector to Potto Parish Council’s Annual Accounts found its way into certain national newspapers.

It is reasonable to assume that the External Auditor, PKF LITTLEJOHN LLP, whose policy it is never to pass comment to the Press, would be unlikely in the extreme to jeopardise its international reputation by perpetrating a ‘leak’ from which it could glean no conceivable benefit, especially a ‘leak’ framed in such disparaging terms as to do its utmost to portray Objectors as a miscreants of the highest order.

It is equally reasonable to assume that Objectors are equally unlikely to propagate a self-portrait of obsessive miscreants.

Only those with an obvious interest in attempting to deflect the ‘blame’ for the shambolic maladministration that has incurred the £37K Investigation Fee had any discernible  interest in attempting to discredit critics in an act of petty malice. Despicable, in my view – and itself a breach of the 2014 Act, clarified in the National Audit Organisation directions, thus:

Readers must arrive at their own conclusions. They should not need to over-tax themselves over the self-evident.

On the WhatDoTheyKnow.com website, there are 12 Freedom of Information requests to Potto Parish Council (only one from me). On the ICO website there are over 20 Decision Notices issued against Potto Parish Council. Thus, a practice and policy of evasion is well-documented in the public domain. Here is another example:

Potto Parish Council’s responses have ‘evasion’ writ through them like a little stick of Potto rock.

For me, all this sets alarm bells ringing. When I see requests for information that should have been published as a matter of course (and must lie readily to the hand of any competent Parish Clerk) and yet whose extraction is akin to drawing teeth with balsawood pliers, I smell a rat.

External Auditor PKF LITTLEJOHN also smelled a rat, way back in January 2016, when it stated:

Demonstrably, there has been no improvement in the ensuing six-and-a-half years; in the July 2022 PIR, it states:

No objective observer could avoid the conclusion that the Council is determined to release nothing that might risk shedding light on its appalling record, as documented in Recommendations 9 & 10 of the Public Interest Report (PIR).

Speaking of such secrecy, I well remember when the then-Secretary of State for Communities, the Rt.Hon. Eric PICKLES [Con.] (now Baron PICKLES) stating:

I’m looking for the creation of an army of armchair auditors so that, together, we can scrutinise public and local government expenditure. If we do this government, does truly, become closer to the people and more responsive to what the people want.”

[my emphasis in bold]

The public-spirited diligence of Potto’s vilified and demonised “army of armchair auditors” deserves their fellow electors’ full respect and acclaim.

That the years-long saga of the Public Interest Report appears to have evolved ‘under the radar’ is a sad reflection on Hambleton District Council’s attention to governance and finances of Parish Councils. In less the three months, that will cease to matter. What will matter is that the new unitary authority, North Yorkshire Council, is presently defining its relationship with its Parishes.

The Leader, Councillor Carl LES, with whom I have co-operated productively in the past – and not only following my public denunciation of predatory paedophile Peter JACONELLI [Con.], former North Yorkshire County Councillor and former Scarborough Borough Councillor, Mayor and Alderman – will be fully apprised of my findings in regard to Potto Parish Council.

“Parish and town councils are an important link in the chain of local government and have a vital role in acting on behalf of their communities.

The new North Yorkshire Council is eager to work with parish and town councils across the county as a key aspect of its commitment to connect with local communities, understand their needs and respond to their priorities.”

To enjoy these benefits, Potto Parish Council will need members and a Clerk/Responsible Financial Officer of a far higher standard than that achieved by the present incumbents.

Most Potto residents can see that.

On the other side of the coin, there remains a diminishing few who – despite the evidence of the public record and their own worldly experience – are obdurately determined to bury their heads and hitch their misplaced loyalty to a secretive and incompetent cadre of incompetent, self-appointed and unmandated self-interest merchants whose abject failures have cost the Parish £37K, and counting. 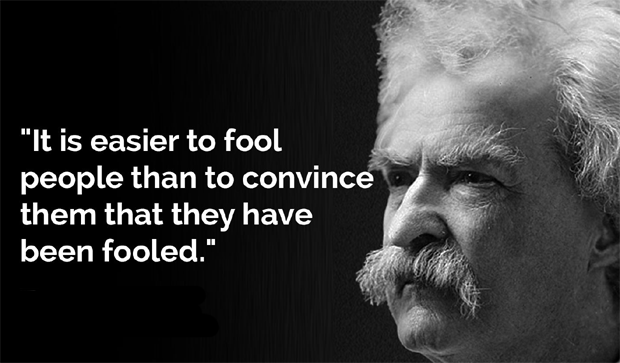 For such people, my presentation of irrefutable facts is wasted.

Nevertheless, I shall continue investigating Potto Parish Council and presenting my findings to the Court of Public Opinion, and I shall do so with diligence, openness and transparency.

Some Potto residents are already aware of a pusillanimous attempt to discredit me. So it is more for the benefit of regional and national readers that I conclude this article by reproducing the entire correspondence ‘thread’ between myself and an ill-informed (?) critic, here.

Finally, one reader (a professional journalist) has submitted what I believe to be the correct solution to the ‘Riddle-me-ree’ reproduced in my most recent Potto article, so the ‘coffee and a sticky bun’ in Whiby (my treat) is, alas, no longer available.

Who knows? Another opportunity may arise . . . somebody out there seems eager to help me.