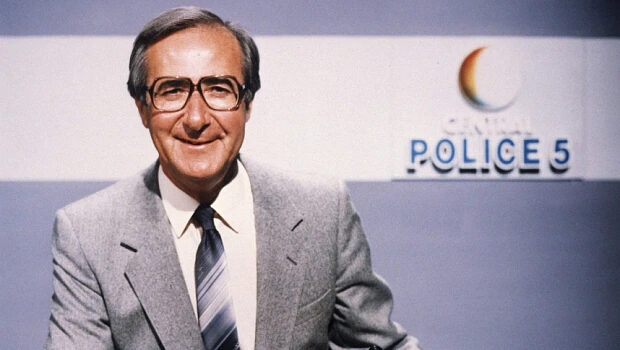 Police 7 has been one of our most popular regular features with our readers, who appreciate getting regular updates from the Police via the NYE.

We lead these articles with a photograph of the late Shaw Taylor, as a tribute to him. Shaw was a ground-breaking forensic journalist, who pioneered Police media appeals for information in the programme Police 5. His work led to the successful conclusion of many cases in the UK, Europe and the United States through local programmes that followed the pioneering format of his original programme called Police 5 in 1962.

Police 7 has been held over for a while because the NYE’s crime desk has been covering a major investigation into sexual abuse of detainees in Custody Suites, and new information on the Claudia Lawrence investigation, which has come to the NYE from the United States.

These new developments in both cases will be covered in forthcoming articles.

“Save a life and call it in” is the plea to members of the public this Christmas from NYP.

The York and North Yorkshire Road Safety Partnership are asking people to call out anyone who is behind the wheel when under the influence of drink or drugs, by dialling 999.

From 1st December, North Yorkshire Police’s drink and drug drive campaign will see officers patrolling the county in marked and unmarked police vehicles in a bid to ensure that those who put their own lives and other road users lives at risk are caught and prosecuted.

Static roadside checks will also be in place to provide officers with the power to request a breath sample from any driver who is suspected to have committed a road traffic offence.

Police are also keen to remind road users that it’s not just about having a drink or taking drugs and getting straight into the car – you can also be over the limit the morning after.

“The Christmas drink and drug drive campaign is a priority for the force each year. We make no apology for stopping motorists who are either driving when over the drink drive limit or under the influence of drugs.

December is anticipated to be a busy period for us with the usual Christmas parties as well as the world cup.

I would urge people who are out socialising to call out anyone who is about to drive or who is driving when under the influence of drink or drugs.

If it’s happening there and then, please call us on 999. One call could be all it takes to save a life”.

A man in his late 70’s was assaulted in the Grand Hotel at 5.25pm on Wednesday 16 November.

Officers are requesting the public’s assistance to help establish the full circumstances surrounding the incident.

Anyone with information that could assist the investigation should email christopher.southern@northyorkshire.police.uk.

At some time between 6pm on Friday the 18th of November and 5.30am on Saturday the 19th of November 2022, thieves forced entry into a warehouse on Sussex Street in Scarborough. Once inside, they stole an amount of cash.

Officers are requesting the public’s assistance to help establish the full circumstances surrounding the incident. In particular, they are appealing for information from anyone who heard or saw anything suspicious overnight between Friday and Saturday.

They would also like to speak to any residents who may have captured any suspicious activity on CCTV or doorbell cameras.

Scarborough Police is appealing for witnesses and information about criminal damage to the window at Sainsbury’s on Falsgrave Road just before 7pm on Thursday 13 October 2022.

It is believed the suspect was involved in an attempted shoplifting incident just a few minutes before returning to the store to throw two rocks at the window.

Fortunately, there were no injuries caused to staff or shoppers. However, this could have been very different due to the reckless nature of how the damage was caused by the suspect.

The suspect is described as being in his late 20s, slim build with dark brown-black hair. He has a distinctive Scottish accent

Cocaine dealer Joshua Charles William Kilpatrick aged 32 originally from Whitby, was sentenced to four years’ imprisonment at York Crown Court after he had pleaded guilty to being concerned in offering to supply a Class A drug and possessing cocaine with intent to supply.

The offences occurred in Scarborough between March and October this year.

Police in Scarborough have launched proactive and highly visible patrols in the run up to Christmas to combat retail crime and provide a reassuring presence for shoppers.

Running throughout December, Operation Carol will see officers and PCSOs from the Scarborough Neighbourhood Policing Team working closely with retailers and community partners to enhance safety and security in the busy shopping areas.

“We’re using several tactics to deter and disrupt retail crime in the run up to Christmas, including increased high visibility patrols to provide a reassuring presence for shoppers and retailers alike.

We also play an active role in the town’s Shopwatch scheme which involves effective partnership working with staff from stores and businesses. This allows for quick communication and a fast police response to deal with any retail crime or anti-social behaviour issues that arise.”