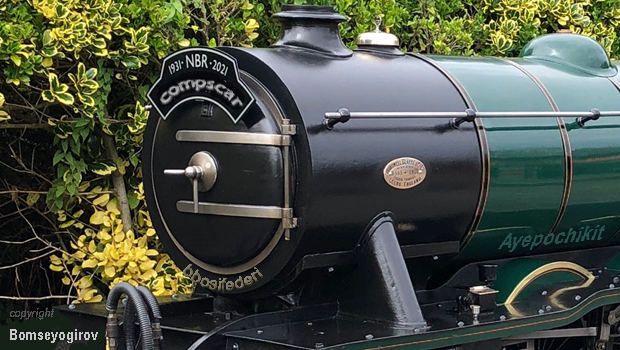 A Letter to the Editor from Scarborough businessman, PETER LEE, enquiring into the murky matter of whether or not the Council’s paperwork has been in order for the past 15 years – or, in at least one case, ever existed . . .

I read with great interest your recent article about the conduct of SBC Officers in relation to the proposed use of Town Deal funding in respect of the West Pier.

The conduct of these Officers has been demonstrated for over a decade.

I was looking at some recent Freedom of Information disclosures on the SBC log. Some interesting FOIs came to my attention regarding the North Bay Railway Company Limited. This miniature railway has been a part of Scarborough’s tourism heritage for the best part of a century.

Question 2 asks when the property was first occupied by the North Bay Railway Company Limited. The answer is clear:

Question 3 asks for a copy of the lease.

The answer is clear, but very strange:

“Due to a recent change in Directors at North Bay Railway Company Ltd, the Council is currently re-negotiating a lease for their on-going occupation of this land.”

It begs more questions – why would a change of Directors require a re-negotiation of the lease?

Fortunately, someone else was obviously concerned to ask further questions.

Question 1 of FOIA8412 (https://www.scarborough.gov.uk/opendata/foi-disclosure-log/north-bay-railway-0) asks for a copy of the Lease from 2007 to be disclosed.

The reply (unsurprisingly) gives a whole raft of reasons why this is confidential so it is not disclosed.

Undeterred, there was a further attempt, FOIA8493, which asked 3 simple questions:

1. What was the full date of the Lease?

3. What is the reference in the Council’s Register of Sealing? (a chronological list of every document sealed by the Council)

The answer, rather surprisingly (!) was to refuse to reply on the basis that it was linked to the two previous requests and more than 18 hours had been spent dealing with it!

I found on the useful website (https://www.whatdotheyknow.com/request/lease_north_bay_railway#incoming-2049965) that this FOI was made by James Corrigan and he subsequently lodged an Appeal for Internal Review. The Review response is published on the WhatDoTheyKnow.com website.

This Review outcome overturns the original refusal (another excellent piece of work in itself) and answers have been given.

In fact, it is the same answer to all three questions:

This gets murkier. How can the Council not hold this information?

There are two inferences from this:

1. The FOI 8348 was misleading and untruthful when it stated the original lease is dated 2007, because it would be impossible to give that information based on the answers to FOI 8493, and;

2. The Council does not have a lease to this historic tourist attraction that has been occupied by a private company for at least the last 15 years.

I’m not sure which of these inferences is worse:

No lease for over 15 years – or lying about it to cover it up?

I leave it to you and your reader to judge whether this is a case of INCOMPETENCE AND NEGLIGENCE AND LIES.