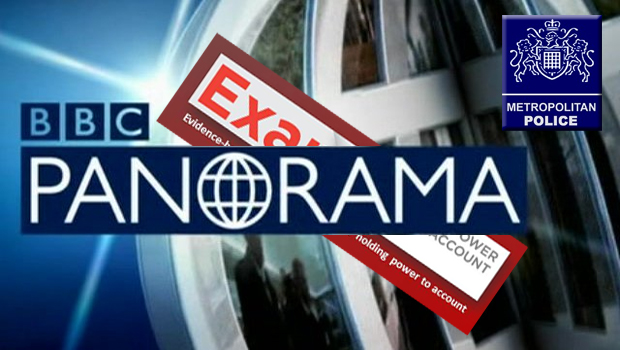 
~~~~~
The North Yorks Enquirer citizen-journalists have read, with great sadness, the statement by the Metropolitan Police complaining of media intrusion into a criminal investigation into the abuse of children.

In connection with our investigation into the Peter Jaconelli/Jimmy Savile paedophile-ring, the North Yorks Enquirer has co-operated with North Yorkshire Police, the Metropolitan Police, Wiltshire Constabulary, Greater Manchester Police and the Lancashire Constabulary by forwarding information to them.

We have also met with detectives from the Metropolitan Police and North Yorkshire Police to assist with Operation Yewtree and Operation Hibiscus respectively.
We are currently pursuing the following investigations:


In all of our investigations, we have been at great pains to work with the Police and to assist them. However, this has not stopped us from criticising errors made during Police investigations, or uncovering misconduct by Police Officers.

In this context, please see below the BBC Look North interview with Assistant Chief Constable Paul Kennedy of North Yorkshire Police, in which he ackowledges the assistance he has received from the media for publicising the case of Peter Jaconelli, which led to witnesses coming forward to the Police.

The North Yorks Enquirer supports the action of the Metropolitan Police in warning of the dangers of press intrusion into criminal investigations.

The Enquirer team will continue to conduct high quality investigative-journalism in the public interest, whilst acting within the law at all times.