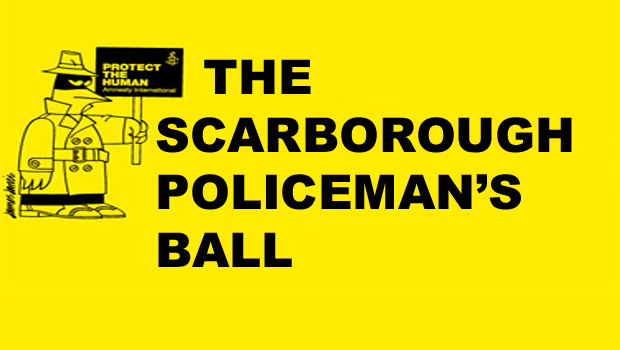 A Letter to the Editor from JACONELLI child-abuse survivor Guy WHITING, of Scarborough, who writes to share more of his experiences in Scarborough in the 1960s.

Further to my Letter to the Editor of 29th September 2015, in which I described my brutal beating at the hands of Detective Sergeant [name redacted] , I would like to enlighten your readers about what I witnessed while working for the Jaconelli family in the 1960s.

On numerous occasions, I saw Peter Jaconelli placing bundles of £1-notes in white envelopes. Whilst doing this, he would remark, “This is to ensure I get tickets to the Policeman’s Ball”, or “That’s for the Police Benefit Fund”. Usually, this took place on a Friday or Saturday.

‘Coincidentally’, Friday and Saturday evenings was when CID Officers from Scarborough Police Station would visit Jaconelli’s seafront ice-cream/coffee parlour. Although I never witnessed the CID Officers taking these envelopes from Jaconelli, I am aware of others who did.

I was further aware that once the Police Officers left Jaconelli’s, they then made their way to Jimmy Corrigan’s amusement arcade along the front, where what has been euphemistically referred to as a ‘card school’ was taking place.

Also in attendance at the ‘card school’ were the crème-de-la-crème of Scarborough senior figures from ‘the establishment’ – the Police and the Council. National and local entrepreneurs and prominent figures from the world of show biz were all vying for admittance.

To gain insight into their motivation, I would suggest to your readers to view “Get Carter”, starring Michael Caine, a 1971 film about North of England Police and Council corruption involving, amongst other things, the prostitution of young girls and pornography.

The symbiotic relationship between the Police and the Council has been fundamental to the truth never becoming public knowledge. Until that changes, there will always be a fetid smell of corruption hanging over Scarborough Police and Council.

I think most adults in Scarborough are aware of at least one person who is morally, if not professionally, accountable for what has occurred, and if not held to account at some stage the scandal will never be allowed to dissipate and will always remain as Scarborough’s shame.

Finally, an anecdote about Peter Jaconelli’s famous ego. In the late 1960s, Jaconelli would place an each-way bet on every runner in the Grand National, just so he could show people what a ‘winner’ he was. I know the story is true because I used to write out the bets for him. This cost him over £300.

Keep up the good work.