A Letter to the Editor by JACONELLI survivor Guy WHITING of Scarborough, relating to readers his experiences in 1972 at Scarborough Police Station. Guy’s justice campaign has been covered elsewhere in the North Yorks Enquirer. Readers may wish to compare Guy’s story with allegations of Police brutality first published in the public comments section of a Tim Hicks article in the Real Whitby Magazine on 29th November 2013 (see image, page bottom).

My name is Guy Whiting. I am a 63 year old retired senior nurse and I worked in the National Health Service for over a quarter of a century. I am a qualified R.M.N., R.G.N.

I grew up in Scarborough in the 1960’s and ’70s and lived on Caymer Road in Eastfield.

In the summer of 1972, I was wrongly arrested by Scarborough Police for allegedly stealing a motor car.

During my time in custody, I was taken from my cell to an interview room. Whilst being interviewed by a Detective Sergeant [name redacted], he began threatening me because I would not sign a confession to stealing a car.

This culminated in [same name redacted] telling me to stand up from my chair and get up against the wall. He then began rolling up his shirt sleeves and removing his trouser braces from his shoulders. Before I had a chance to comply, he dragged me from the chair and threw me against a wall.

At this point, I said to [same name redacted], “What? Are you going to do a Jaconelli on me?”.

This appeared to enrage [same name redacted] and he began punching me in the stomach and slapping me very hard on my face.

Due to the ferocity of his assault on me, I fell to the floor. He then began kicking, stamping and spitting on me.

I was aware of two other plain clothes dashing into the room and dragging [same name redacted] off me. The officers then helped me to my feet. At this point I became aware that there were smears of my blood on the walls and floor and there was blood on my clothing. The two officers than took me back to my cell. One of the officers said, “You shouldn’t have called him Jaconelli”.

A short time later, I was taken to Scarborough Hospital and warned by one of the escorting uniformed officers to keep my mouth shut. The Hospital medical staff were told that I had caused the injuries to myself by throwing myself against the cell wall.

A few weeks later, I received an apology from North Yorks Police saying my arrest had been a case of mistaken identity.

At the time this was a very traumatic incident and left a deep impression with me that Scarborough Police were fully cognisant of what Jaconelli was engaged in with young children.

Finally, I would like to state that I have been identified as one of hundreds of children abused by Jaconelli, and only now are the public being made aware of the establishment cover-up to protect him.

Well done, Mr Ward, for the prominent role you have taken in uncovering the truth.

I am sure I speak for many of the victims of Jaconelli when I thank you for all your work on our behalf. 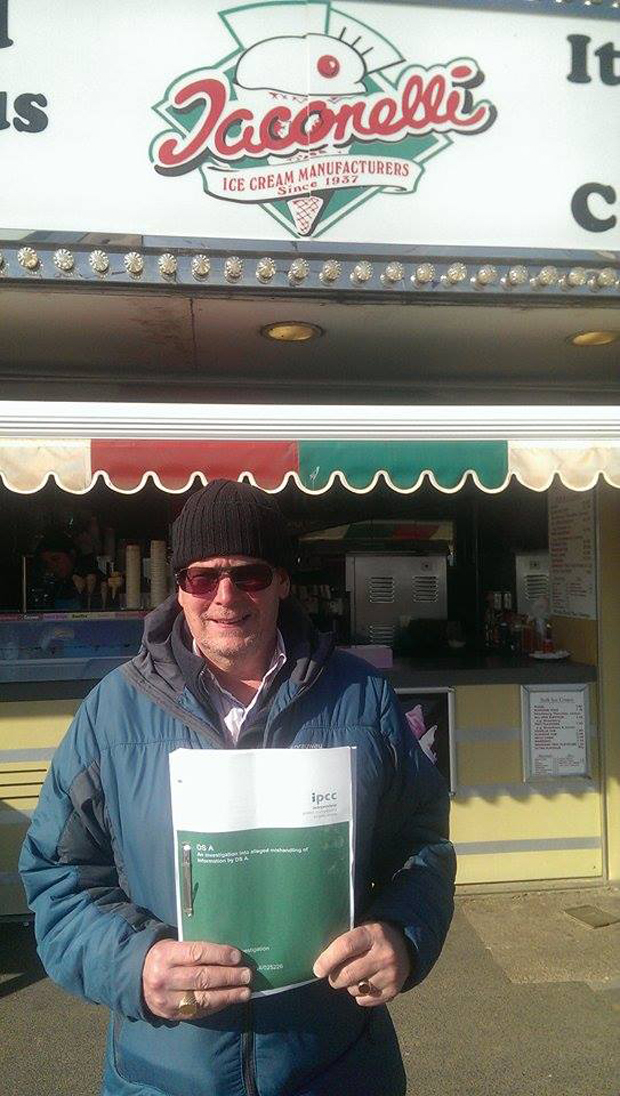 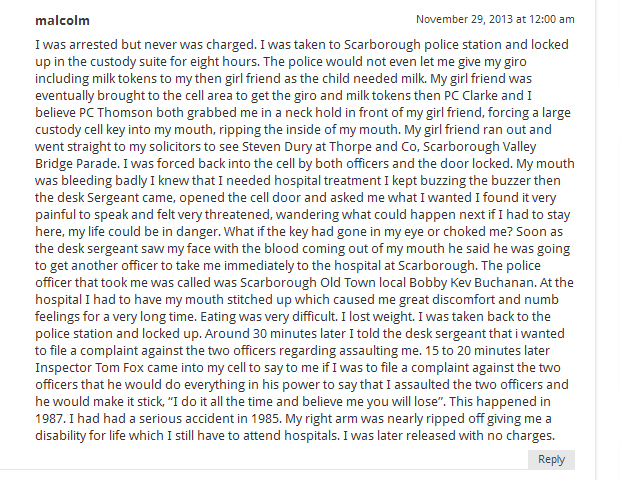