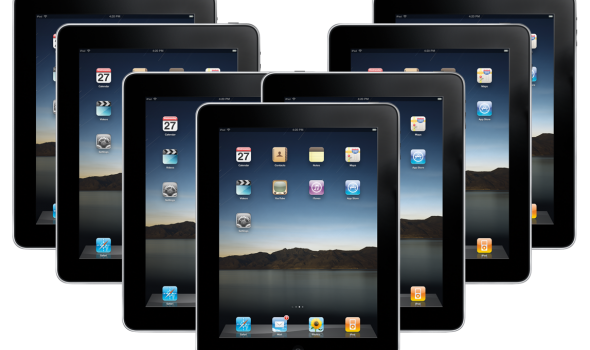 I covered the decision taken to buy the iPads for SBC Councillors and Officers in an article a while ago, went into some depth why the decision was flawed and why they are a poor investment. It is time for an iPad cost update since SBC have amazingly answered an FOI request early. I’ll put some money on the Euromillions too since it appears that miracles are happening this week.

On Friday Feb 24th 2012 gullible Councillors at SBC voted for some new shiny iPads on the basis of information from Council Leader Tom Fox. Fox said they cost £160 each and that buying 70 of them will net savings of £53k for SBC. Some other folks have put in FOI requests about the cost, but SBC have not revealed the true cost until now. These units are not leased, but you’ll not be amazed to find out that the iPads do not actually cost the £160 Tom Fox said they did since they’ve bought them bundled with a 3G contract. When you purchase a mobile device for a price substantially lower than the current market price the provider typically charges for a fixed term connectivity contract at a much higher price than the current Sim Only contract so the cost is partially hidden. The costs are now revealed:

The following costs are shown for comparison only to attain the true cost of the iPads.

Further to the £49,860.30 SBC have spent more money to fully integrate the iPads into their network. Four Wireless Access Points costing £237 each have been purchased with a £750 installation fee. Total installation costs are £1698. In addition to this there are training costs. Fourteen training sessions costing £80 each have been arranged with members and officers. The total outlay for training is £1120. This brings the total cost for purchasing the iPads to £52,678.30.

When the iPad purchase was discussed at a full Council meeting, information provided by Cllr. Tom Fox indicated SBC would save £53k per annum by moving the elected members over to a paperless solution. Those figures have been analysed and the actual saving is likely nearer £15k per annum providing that all elected member use the iPads and SBC ceases printing documentation for elected members. Some elected members have vowed never to use the iPads, so it seems that SBC will still be printing for a considerable amount of time. It would appear there will be no cost savings seen by SBC until 2016 at the very earliest. Any further purchases will push that date out again.

“What I cannot understand it why people cannot evaluate between the saving made and if it is an expense. I’m finding it very hard to get my head around.”