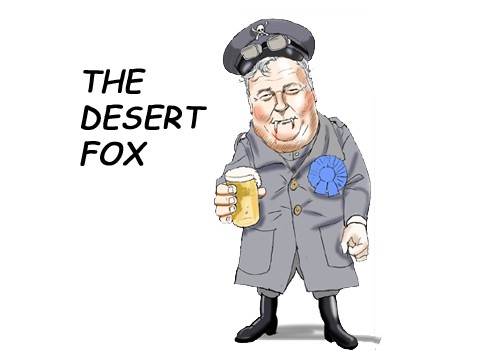 “Catch for us the foxes, the little foxes that ruin the vineyards, our vineyards that are in bloom.” [from ‘The Song of Solomon’]

It is not widely known or understood that, following government directives, Scarborough Borough Council (SBC) has adopted the so-called ‘Strong’ Leader model, whereby the Leader – Councillor Tom FOX – personally selects the Members of his Cabinet (the Portfolio-Holders) at his own prerogative. The Leader, having been elected by the (normally) fifty Councillors, holds that position for four years until the next Local Authority elections.

At the last Leadership election, there was only one nomination to oppose Councillor Tom FOX – the leader of the six-strong Labour Group – Councillor Eric BROADBENT.

Otherwise, he and his hand-picked cohorts are ‘empowered’ to continue with their present practices and policies, without restraint, until May 2015.

Tim Thorne was reporting on a Meeting of Full Council at SBC (which he attended), at which Councillor Tom FOX repeatedly asserted that the cost of each i-Pad would be £160 and their adoption by the Council would assure a net saving of £53,000 per annum.

Following a series of Freedom of Information requests, Tim Thorne was able to prove that Councillor Tom FOX’s assertions were completely untrue – the unit cost of each i-Pad is, in reality, £472.29. By all means check the figures; Tim Thorne’s FOIA responses (which should be available on the SBC Disclosure Log on the web-site) may be viewed here:

One is left to wonder why Councillors, having been apprised of Councillor Tom FOX’s misinformation (by a factor of nearly three), nevertheless continue to retain confidence in their Leader.

But this example of Councillor Tom FOX’s predilection for untruth pales into insignificance compared to his latest excursion into the land of gross misinformation, amounting to lies.

On Friday 14th September 2012, Councillor Tom FOX featured in a ‘live’ interview with Radio York presenter Jonathan Cowap. One of the ‘phone-in’ contributors was Tim Thorne, who questioned Concillor Tom FOX about the fact that both he (Councillor FOX) and his wife Ros FOX – a Councillor for four years – had both received Broadband (Internet) Allowance from SBC, though both lived at the same address and accessed the internet through one and the same land-line connection – paid for once, reimbursed twice – another form of ‘double-dipping’.

This is how Councillor Tom FOX replied (you can listen for yourself by downloading the audio file from here):

Unfortunately for Councillor Tom FOX, this is out-and-out misinformation.

It was agreed that the monies paid for telecommunications connections should not be an allowance but should be the amount it cost a member to provide a connection to the internet for the purpose of delivering email/internet connectivity. Members further agreed that in the event that the Council replaced laptop computers with tablets withinternet/email facilities, it was anticipated that there would not be a need to claim for a broadband connection save where telephone reception was inadequate. The panel also agreed that it should remain at the discretion of the Chief Executive to agree which members required additional telecommunication devices.

The panel recommends that Council agree that:

1.      Members claim only for broadband expenses necessarily incurred rather than a specific allowance. In the event that a tablet device with a built in internet connection is provided to members that this provide the broadband connection save where the connection was inadequate.

3.      The provision of other telecommunication equipment, such as Blackberry mobile phones, remain at the discretion of the Chief Executive.

This is the Public Record information and it is at diametric variance with Councillor Tom FOX’s misinformation.

But let us examine what Councillor Tom FOX himself has to say on the subject of misinformation, which The Free Dictionary defines thus:

In my view, it is difficult to see how Councillor Tom FOX can justify exempting himself  from that policy.

But who will shoulder the burden of responsibility for ensuring that Councillor Tom FOX himself is “brought to account” for “spreading misinformation and sometimes deliberate lies”?

The SBC website is not forthcoming about the terms under which Councillor FOX serves as ‘Strong’ Leader of SBC. Fortunately, another Councillor has provided the following information:

(i) The Leader will be a councillor elected to the position of Leader by the Council. The first such election under new executive arrangements was at the Annual Meeting in May 2010. Each subsequent election will be held on the day of the Annual Meeting when the incumbent’s term of office as Leader expires.

(a) he/she resigns from the office; or

(b) he/she ceases to be a councillor; or

(c) the Council resolves to remove the Leader by a vote passed by a simple majority of those present and voting at a meeting of the Council upon a motion moved by written notice under Standing Order 14 provided the notice is signed by at least seven seconders as well as the proposer.

So there exists the following redress;

So it remains to be seen whether or not there are eight Councillors who are at least willing to raise the question of whether or not a purveyor of misinformation and hypocrisy is fit to hold the position of ‘Strong’ Leader at SBC.

Of course, the Conservative Councillors and their undeclared Tory supporters in the Independent Group will no doubt cast impartiality aside to support their Leader; that is to be expected.

It will not prevent a formal complaint against him in respect of a number of proven breaches of the Code of Conduct – at least one of which is substantiated by Councillor FOX’s own remarks on ‘live’ Radio York.

But one might hope to see a token gesture of decency.

4 Fraud by abuse of position

A person is in breach of this section if he —

(a) occupies a position in which he is expected to safeguard, or not to act against, the financial interests of another person,

(b) dishonestly abuses that position, and

(c) intends, by means of the abuse of that position —

(2) A person may be regarded as having abused his position even though his conduct consisted of an omission rather than an act. 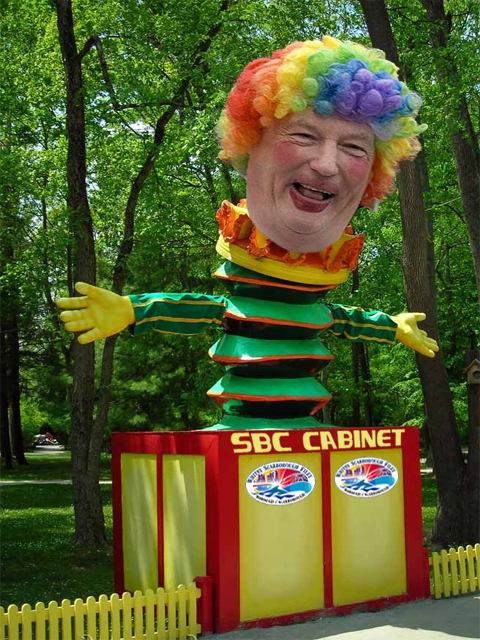