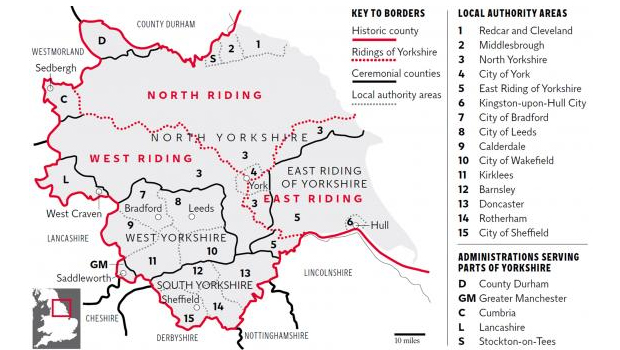 Despite the fact that the largest reform of local government arrangements since the Local Government Act 1972 has been mooted for some years now – and has been covered extensively in the Whitby Gazette and the Scarborough News – very few people (at least, amongst those with whom I have engaged) have any clear idea at all about what devolution will entail and how it will affect daily life in North Yorkshire and its neighbouring local government areas.

According to Wikipedia, devolution may be defined thus:

In simple terms – and from a top-down perspective – devolution may be seen as a decentralising initiative, devolving significant powers to a more local level.

However, from the reverse perspective – bottom-up – it seems to take decision-making further away from the localities in which decisions are actually implemented. That is to say that decisions presently made in Northallerton, seat of North Yorkshire County Council, stand to be resolved further afield (from Whitby), if and when a new Combined Authority comes into existence.

In order to arrive at the clearest possible “bullet-point” overview of the wider implications, I decided to ask the Leader of NYCC, County Councillor Carl LES, whether or not he would be so good as to prepare a manageable list of the most important features of the ‘deal’ that is presently being negotiated with central government. 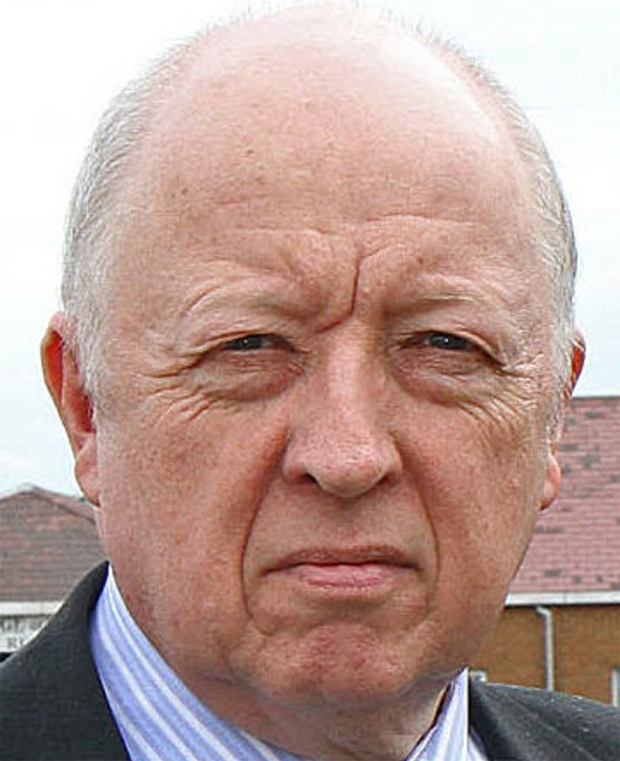 Contrary to the impression promulgated by the Scarborough Borough Council leadership – namely, that the Enquirer is nothing more than a Council-bashing site – County Councillor Carl LES has, in fact, been encouragingly open to direct engagement with me – not least, in regard to my request for an apology to the victims/survivors of predatory paedophile County Councillor Peter JACONELLI (who was also a Mayor, Councillor and Alderman at Scarborough Council), to which Carl LES responded handsomely.

On the present topic, I must express my personal thanks to Carl for preparing the following list of bullet-points – which he compiled, at very short notice, on Sunday 3rd April 2016. I have allocated numbers to Carl’s bullet-points, for ease of reference, and they appear in the order presented to as bullet-points:

I was intrigued by Item 9 – that a Combined Authority would accrue more powers if structured in such a way as to be led by an elected Mayor.

So I asked Carl whether or not this was a röle for which he had considered throwing his hat in the ring. Carl responded:

No . . . actually I`m not convinced we need an elected mayor in a largely rural area – we do need a Combined Authority, and I think one of the elected Leaders from one of the authorities could chair the CA – however, presently it appears we need to accept an elected mayor to get the most devolution, so I will go along with that concept for that benefit.

All credit to Carl for his refreshing candour. However, we are left with the conclusion that the Combined Authority could well be led by an elected Mayor about whom many of us may know nothing – or by the Leader of an authority seated geographically at a site even further remote than Northallerton, which (from my bottom-up perspective) would take the initiative a step further away from Whitby.

In that sense, devolution soon takes on the appearance of centralization.

Returning to the Carl LES numbered bullet-points, Items 1 – 4 (inc.) tells us no more than we already know.

It is at Items 5 & 6 that we gain further insight into a process which is clearly already well on the way to conclusion, at least in terms of the overall shape and purpose behind the move. Having greater control over devolved resources is obviously very attractive – to local government. What is less clear is how this would benefit the common man.

So I would be interested to hear more from Carl on how a Greater Yorkshire (inc West Yorks and the East Riding of Yorkshire – though not City of Hull) Combined Authority would necessarily be better-placed to “reduce the risks of haves versus have-nots”. Historically, taking decision-making to the hub of a larger geographical area has tended to disadvantage rural and deprived urban populations at the periphery of the region. How would devolution – or regional centralization – avoid this in the future?

Items 7 & 8 are, again, painted in very broad brush-strokes. That is not to criticise Carl – I did request bullet-points – but just how the changes in “building roads and rail links, addressing skills shortages, land use, housing” will impact on ordinary people pursuing their lives in ordinary communities is at present utterly opaque and presents more questions than answers:

Item 9 I have mentioned already.

Here is a reminder of Item 10:

Here, I must take issue with Carl LES’s bullet-point. It makes the assumption that the concepts underlying the negotiation are best left to a relatively small number of Councillors and Council Officers, who will only open up the process to public comment, advice or suggestions when it is already more or less set in stone. We have seen this so many times. Here in Whitby, County has forced through some rigidly constrained initiatives with scant regard to ‘consultation’ and in open defiance of local opinion. Some of that local opinion stands, in terms of local knowledge and expertise, at least on a par with that of the Council people fifty miles away – and, more often than not, includes a far more thorough grasp of local circumstances and conditions.

The utterly inadequate capacity of the Whitby Park-&-Ride – to say nothing of the fact that traffic movement and parking in Whitby has become more fraught, not more fluid and user-friendly, since its inception – is very much a case in point.

As is the amalgamation of Whitby’s secondary schools.

With examples like these fresh in local memory, who can hold out much confidence in the people who are responsible for cutting a deal on devolution for Greater Yorkshire?

What I am saying is that by greater engagement with the public, some of whom have expert knowledge and more flexible creativity than the County Hall crew, the authorities could reap the benefit of well-designed proposals that are finely tuned to local circumstance and therefore more likely to be warmly embraced by residents – rather than being booed and heckled off the platform for their hubris and condescension, as Officers have been at consultation events recently.

I have the feeling that County Councillor Carl LES is wise enough to recognise this.

Some months ago NYCC’s Head of Legal Barry KHAN asked me why I devote so much time and effort to doing what I do. I told him, “I want to live in the place that has the best possible Council, the best possible Police Force, the best possible Fire & Rescue Services, the best possible Health Service, Education, Public Transport, you name it”. This is not an evil aspiration, as my detractors claim – though it is, of course, an unachievable ideal. But the road towards that ideal is worth travelling, and we will go further along it by eliminating the corrupt, the vainglorious and the stupid. There is plenty to go at. Dead wood.

So do not tell me, reader, that you are not interested in politics – that is part of the problem. A big part of the problem. The truth is that politics is not interested in you. Politics would like to go its own way without interference from the public. That is ass about face. This is a democracy; the demos stands above the bureaucracy. The bureaucracy works for the people – and does so a damn sight better when the people (and the Enquirer) are looking over its shoulder.

So, returning to Item 10, Carl, I put it to you that the people deserve an avenue of input into the devolution process – long, long before the bureaucrats have set the terms of the deal in stone.

Following the submission of this article, I received the following email from County Councillor Carl LES, which I feel is important to include. Once again, my thanks to Carl for his willingness to continue to engage.

I may have missed the boat now with your deadline of yesterday, but it has just occurred to me that I forgot to mention that in the eventuality of having an elected  mayor, the majority of leaders are keen that the mayor`s office, which he/she will need to function, must be kept very lean. The key role of the mayor will be to set some strategic aims across the region, then chair the Combined Authority meetings and get local authorities to deliver services as they do now.

We will resist any empire building with added costs.

N.B. – Moments prior to the arrival of Carl’s email, I received an email from North Yorkshire Now (NYCC’s email news letter) directing me to the following page on the council’s web-site: