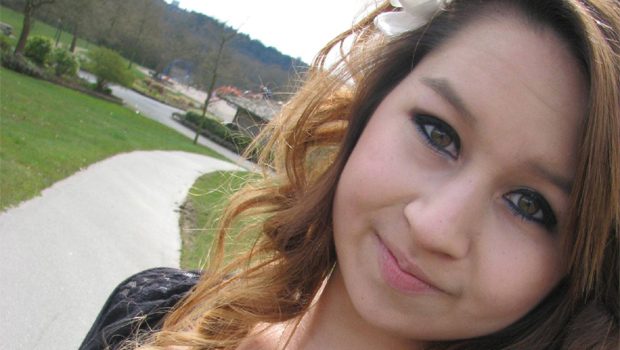 Last month I commented on a dilemma in modern policing: is it right to pay a convicted sex offender to act as an informant. The NYE has also recently run a series of articles on undercover policing. Now another related dilemma concerning the running of informants under an online false identity has arisen:

Definition:  “Paedophile hunters” are unregulated groups of adults that set up a false identity as an underage child in internet chat rooms. They then wait for adults to contact them and begin on-line grooming by asking for sexual content, contact or acts. They collect evidence of this.

According to the BBC, there are more than a dozen paedophile hunter groups in the UK and they claim to have assisted in over 100 arrests. Different groups of “paedophile hunters” use different approaches. Some pass their evidence on to the police. Some arrange to meet with the paedophile and confront him, then post a video on line. A video of a “sting” operation of this nature can be seen here.

Figures obtained by the BBC show 11% of court cases in 2014 for the crime of meeting a child following sexual grooming used vigilante evidence, rising to 44% in 2016. Consequently there have recently been calls for the police to formalise the use of paedophile hunters, effectively incorporating them into policing in the UK.

However, although there have been successes for “paedophile hunters”, there is also a dark side. It has been alleged that a man in Antrim, Northern Ireland committed suicide two days after being confronted by “paedophile hunters”. Other people have alleged they had their lives ruined after they were wrongly accused.

The Police Response to Assistance from Civilian “Paedophile Hunters”

So what is the attitude of the police to this latest suggested evolution in policing in the UK?

The NYE has been involved in exposing paedophiles in Scarborough. This was by conventional journalistic means, not by online investigation of them, under a false internet identity. The response by North Yorkshire Police was of a refusal to accept help by outside amateurs that they regarded with contempt – coupled with thinly disguised rage, when our allegation that there had been a major paedophile ring operating in Scarborough with the full knowledge of North Yorkshire Police was proven to be accurate. In this case the initial refusal of the police to accept help from local citizen journalists hampered the investigation.

Subsequently, the NYE was asked to assist with enquiries by the Metropolitan & Wiltshire Police, and was very well received. This more open and advanced attitude, I believe, indicates a change in police attitudes and a willingness to accept assistance from civilian investigations, in many forces. (Alas not yet with dear old NYP, known in the NYE newsroom as “the force that time forgot”, but we continue to live in hope).

I can find no force policy or College of Policing guidance on use of civilian paedophile hunters, or on the use of evidence provided by them. However, there is ongoing debate amongst Chief Police Officers on this topic and feelings are understandably very mixed.

“I understand in this and many other aspects of crime or anti-social behavior that there is often an impatience and I can understand that when people want to get on with things. What we don’t know of course is how many potential perpetrators have got away with it because it’s not been done properly or walked away because it’s not stood up in court, so it’s a question of balance. The message is; let’s work together.“

Police & Crime Commissioner Cuthbert said he was prepared to raise the issue with other senior police figures:

“Of course there are training implications, it would have to be done in a planned way – the right way – but I think in terms of the principle, it’s the right way forward.”

The former head of the Child Exploitation and Online Protection Agency, Jim Gamble, also favors consideration of formal police use of “paedophile hunters”:

He described the problem if internet child exploitation as a “tsunami” which he said was “almost overwhelming” for his former colleagues.

“I doubt there are more than 30 officers across the UK who are actually online at this very moment masquerading undercover to engage that lower hanging fruit which is out there. They simply haven’t got the resources to meet this head on or to even create an active and meaningful deterrent. They have to be extremely unlucky to be caught in some instances so we do need to turn the tables.”

Mr Gamble called for 1,500 volunteers to be recruited, which he estimated would cost less than £2m a year. “I’d like to see the government engage in a sensible conversation about how we can empower and educate ordinary citizens across the UK by giving them the opportunity to sign up to a special digital detectives programme.” 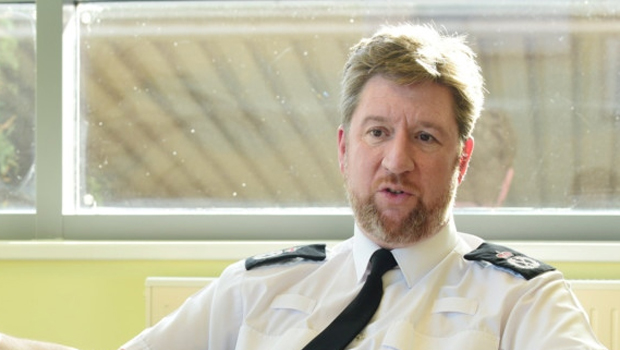 However, other senior officers are opposed to this idea. Chief Constable Simon Bailey, the national lead for child protection at the National Police Chiefs’ Council is quoted by the BBC, as saying:

“vigilante groups are putting the lives of children at risk. They might not perceive it that way, but they are potentially compromising our operations. I’m not going to condone these groups and I would encourage them all to stop, but I recognise that I am not winning that conversation.”

“I think that’s something we’re going to have to potentially have to look at, yes, but it comes with some real complexity.”

Chief Constable Bailey has in the past called for low level offenders not to be charged and prosecuted, but to be given counselling and rehabilitation instead. He said that would free the police to deal with the core of dangerous paedophiles who are seeking out and exploiting children in order to rape and carry out “the most awful sexual abuse” against them.

One of the more famous paedophile hunter groups is Dark Justice. Their website is here. They have been quoted in the Newcastle Chronicle as follows:

“We have won a High Court ruling to say we can continue and we will continue until they put us in prison or until we die. “They say, ‘leave it to us’, but we left it to you with Jimmy Savile, with Rotherham, with Rolf Harris. The professionals can’t do it at the same level as us.” 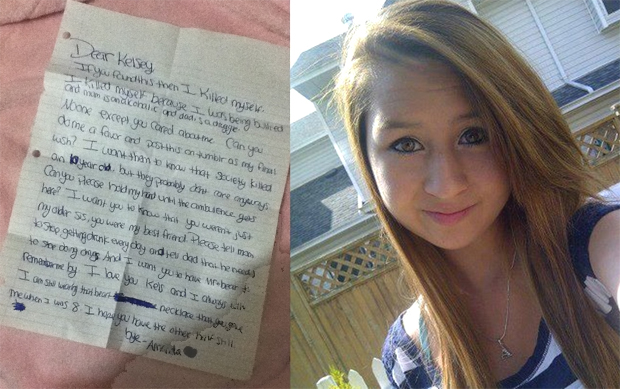 Amanda Todd and her suicide note

I was very deeply saddened by the case of a 15-year-old Canadian girl Amanda Todd who was befriended in an internet chat room and persuaded to flash her boobs by a man in the Netherlands. He published the pictures and she eventually committed suicide. The RCMP conducted a full investigation and the full story is here. Although it is harrowing, I hope parents who read this article will take the time to watch the video. Although this type of online offence did not involve a meeting between the paedophile and his victim. It does illustrate the potential consequences of paedophiles operating in internet chat rooms.

I was also concerned by Mr Gamble’s comments on the amount of internet grooming and the lack of resources available to protect children.

As with paying sex offenders to be informants, I believe that this type of offending is so dangerous that the police should try to utilise every available resource to protect children from online exploitation.

However, I also acknowledge the risk that “paedophile hunters” could themselves compromise a police operation. Or ruin someone’s life through an incompetent investigation, leading to an innocent person being wrongly and publicly accused. Whilst I am implacably opposed to paedophiles, I find it deeply troubling that the actions of some “paedophile hunters” may have led to people taking their own lives, or being forced to flee their homes.

The current situation of unregulated vigilantes doing what they please, while the police battle with inadequate resourcing appears to be the worst of both worlds.

The police are open to voluntary assistance in some areas. So the course of action Mr Gamble advocates of recognising that these people have a skill base that is useful to the police, regulate them and utilise their skills may be viable. This would increase the level of skilled manpower available to the police at low cost. Whilst simultaneously reducing the risk of police operations being compromised and preventing innocent people being harassed by paedophile hunting vigilantes.

I believe the existence of an effective undercover internet detective force manned by trained volunteers would deter paedophiles from hunting children on line and prevent many of these types of offences from occurring. I am therefore very pleased that Gwent Police are taking the lead with this issue and pursuing it with senior police officers. But it will take a leap in police thinking and very strict controls. 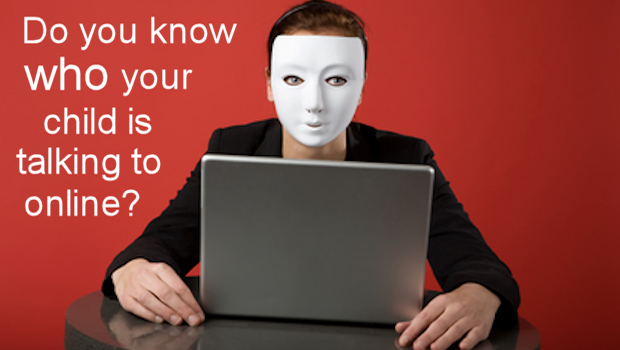 NSPCC advice on protecting your child from internet grooming here