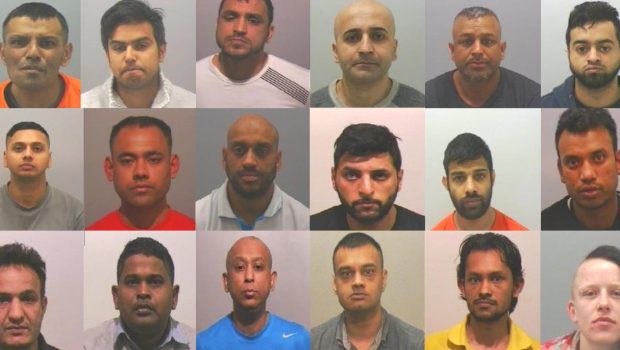 Following on from my recent article on undercover policing, I have been asked to comment on the recent furore over Operation Sanctuary which was conducted by Northumbria Police. Briefly, the facts of this are that Northumbria Police have run a highly successful investigation into a grooming gang which resulted in seventeen men and one woman being convicted,  on the 9th of August, of a wide range of serious and despicable sexual offences against vulnerable girls.

Interview with Chief Constable over the use of a convicted sex offender as an informant here.

Northumbria Police have come under severe criticism because:

In this case, the judge ruled that the informant’s allegations could not be relied upon and that he was wholly unworthy of belief, but she did not accept the defence submission that his role represented an abuse of process. Although his evidence was not in the event used in court, the intelligence he provided was very useful and allowed them to intervene immediately to prevent harm to children. The trial proceeded and eighteen people were convicted.

According to Northumbria Police, they acted within the law and within the current guidance for deployment of an informant. The IPCC also conducted an investigation as did the Office of Surveillance Commissioners and neither investigation found any evidence of misconduct or made any recommendations. The judge in the case made specific comments that there was no misconduct or lack of compliance with the procedures.

The NSPCC, on the other hand, were shocked that the police could put a convicted child rapist into contact with a child. They have severely criticised the conduct of the investigation and consider that it was “shocking”. 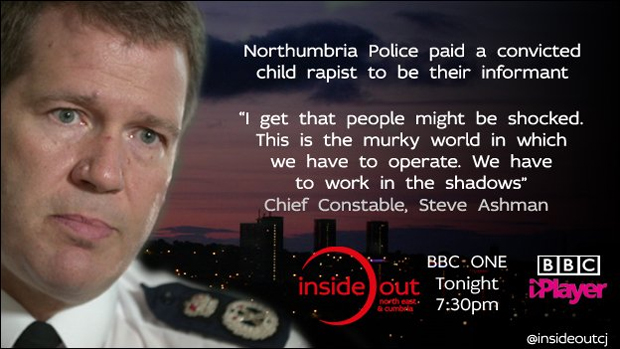 This was not an undercover operation. The informant was not a police officer and operated under his own name. His background as a child sex offender was real, not part of a “legend” or cover story. Police use of paid informants has been a feature of policing for many years. Often they are active criminals or members of the criminal underworld and paying men like these for information is nothing new.

What is new is a man of this background being used in this type of investigation. Being realistic about things, to successfully infiltrate a gang of criminals involved in this type of offending, any informant would have to have that background to gain their confidence. Only then would he be able to obtain the intelligence the police needed to alert them to situations so they could prevent and detect offending and safeguard children during the investigation.

I think the police were right to take the line that they did, because the intelligence the informant provided could not have been obtained through conventional methods and it was the only way they could obtain that intelligence.

The outrage over this particular case obviously arises from the understandable revulsion most members of the public have for this type of offending and those that participate in it. Nevertheless, when faced with a choice between:

a) Protecting girls from sexual abuse by using an informant that was a convicted criminal.

In my view, Northumbria Police were right, on this occasion, to be pragmatic and to put the welfare of victims above principle.

Although I am sure it was a difficult and distasteful course of action, nevertheless the priority for the police must always be the protection of children and vulnerable adults and saving life. I thought Chief Constable Ashman put the case very well in the interview with Chris and the press conference. I was particularly impressed with the way he was absolutely honest about the failings of one of his officers. After the NYE’s experience with North Yorkshire Police, it was commendable – and a complete contrast – that he had no hesitation in admitting the past failings of his force and in taking formal disciplinary action against a policeman who had not executed his duties properly.