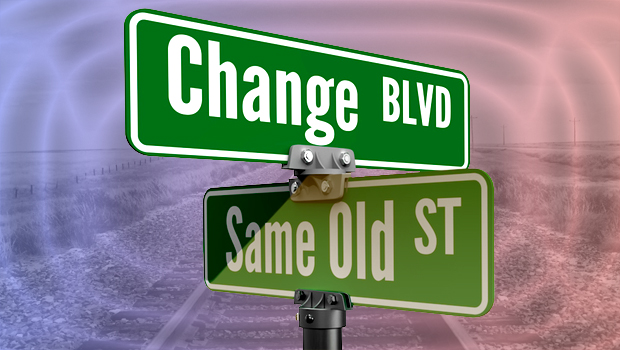 A Guest Author article by long-serving (but now former) Independent Scarborough Borough Councillor, NORMAN MURPHY, who offers his response to the recent letter “The State of Independence” from FRANK SHEPHERD.

I am personally very grateful to Frank Shepherd for his recent comments on the new Independent/Labour administration now running Scarborough Borough Council (SBC) and although I am no longer a Councillor, and therefore do not have a vote, I am happy to give him my understanding of the current situation.

Indeed, the issues he raises give me an ideal opportunity to express my views on exactly what the results of the recent local elections have actually achieved. As will be noted the title given to Frank’s piece by the NYE was “The State of Independence” this title is however, unfortunately, not quite correct. The simple mathematical reality is; although Independent candidates gained more votes than either the Conservatives or Labour, they did not attract enough votes, and therefore did not win enough seats, to take control of the Council.

Nonetheless, the Independents did remarkably well and Frank is perfectly correct when he says “The Conservatives lost the election. Labour didn’t win it. Instead we had a most resounding “A plague on’ both your houses!” result from the electorate”. But the sad truth is; the most resounding “A plague on’ both your houses!” was not resounding enough. Although Labour did not win, and undoubtedly the Conservatives lost, this has created a situation where an alliance of some sort had to be constructed if the Borough was to have a functioning administration.

What this meant for the Independents was either form an alliance with Labour or form an alliance with the Conservatives. In reality, of course, there was no choice as just about every Independent who stood for election  had promised to listen to the people who elected them and to represent their views in the council chamber. A concept that was completely alien to the previous Conservative leadership. Consequently, the only alternative was an Independent/Labour coalition.

So how will the new Council work? This coalition, as I understand it, has been formed in the hope, and expectation, that the members of the Labour Group will work fairly and equitably with their Independent colleagues for the good of the Borough and not the good of their party. Moreover, the Labour Group, it seems, are willing to listen to the views of the people and are equally happy to respect their wishes. If this is the case then so far so good.

Which brings me to Frank’s next issue “what are all those Independents whom we elected to change the establishment doing”? Well, as can be seen, the majority of Independents have formed an administration with Labour and it seems that both groups are determined to introduce a new, and fairer, system of governance in the Borough. How this coalition will ultimately resolve how the Council is run in the future will no doubt only evolve after a considerable amount of negotiation and debate. However, whatever method is chosen it has to be infinitely better than the almost dictatorship you have just got rid of.

With regard to policies that might evolve from the new administration, we can only look, for the time being, at least, to the Labour Group manifesto and the personal election literature, and public statements which Independent and Labour group members offered before the election. However, if the public pledges and policy commitments made by both groups are upheld then I see nothing but a very bright future for the Borough. As anyone who read the various brochures distributed by Independent candidates will know, most, if not all, considered the destruction of the Futurist to have bordered on a criminal act and it should never have happened, and vowed that, on their watch, nothing like it would ever happen again. They considered that the interception of constituents emails, and the creation of the vexatious register, was abhorrent and promised to do everything they could to have the policy scrapped. While the closure of our public amenities, in particular our public toilets, was considered by all Independent candidates to be a disgrace and they pledged, as far as I know, unanimously, to work to get those that had been closed re-opened.

With regard to Labour Party candidates it seems that if you read their local manifesto, on these issues and many others, it virtually mirrors the views expressed by the Independents. Indeed, on most issues it is difficult to get a fag paper between them. This does not, of course, mean that the Independents will slavishly follow Labour Party policy or accept the Labour whip; they most definitely will not. However, from what I have heard coming from the Labour Group members, they do not want, or expect, the Independents, to give up their autonomy and are more than happy to work in coalition with the Independents, for the good of the Borough.

Which brings me to your comment that “without all these basic questions being answered, and your deal being clearly set out, we have an unstable Council that can be brought down at the whim of a couple of its Councillors”. Although I am not an elected member and therefore am not privy to the negotiations, I can say with some confidence that if the basic questions are; can the Independents and Labour work together on policy issues such as those mentioned above then the answer, in my opinion, is yes. The deal is; both sides want this coalition to work in the hope that they can bring some order, compassion and common sense back into the Council Chamber.

This of course will not be easy; the out-going Conservative administration has spent the last four years systematically smashing the Borough, and all the things which make our Borough the fantastic place it is in which to live and work, to pieces. They have used our money as though it was theirs and gambled it away on schemes which are at best questionable and may even be illegal. The Town Hall coffers are empty and therefore, many of the issues the new administration, and all of us, want urgently addressing, will not be tackled as soon as we all would like; but at least there is a commitment to try and bring about the change residents have been crying out for. The new administration is now composed of groups who are pledged to work for the many and not the few.

Of course, Frank is to some extent, correct when he says that the new Council, even with its good intentions and willingness to listen to, and work for, the benefit of those who elected it “can be brought down at the whim of a couple of its Councillors”. However, the obvious answer to this is question is; why would people who have worked so hard to overthrow the previous Council, in order to presumably replace it with a better Council, of which they are now part, want to destroy the new set up? Especially as they are now part of a new regime whose specific aims are to make the Council work for the people who voted for them and quite clearly voters who voted for them want the new set up to succeed.

To bring the new Council down would not only be illogical but would also be a kick in the teeth for our electorate. It seems to me, therefore, that maintaining this coalition is the best way of guaranteeing the change that so many of our residents wanted, and certainly Independent members worked hard for, will happen.

Although we are without doubt still in the long dark tunnel the Conservatives led us into, I can see, with the new Council now in place, a glimmer of light starting to shine, albeit, way in the distance, and, perhaps, with the support and good will of people like Frank, as we move towards it, there will be a very bright future waiting for all of us.