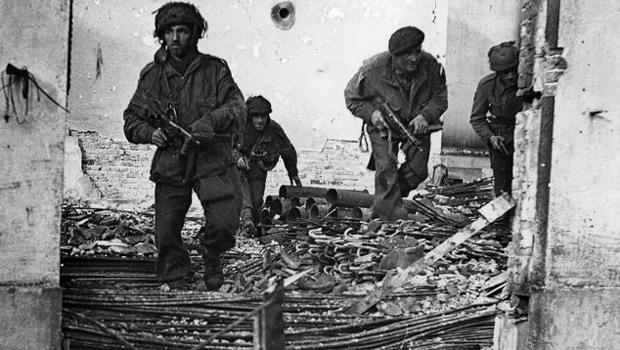 A Letter to the Editor from contributor TIM HICKS, who writes to appeal for relatives of Lance Corporal William “Ginger” Loney of the Parachute Regiment to come forward.

I was very moved by the story of the death of Lance Corporal William “Ginger” Loney of the Parachute Regiment from Dewsbury, West Yorkshire. Briefly, Lance Corporal Loney was a soldier in the parachute Regiment who fought in North Africa, Sicily and at Arnhem. Sadly he was killed in action in heavy street fighting in September 1944 during the disastrous Battle_of_Arnhem aged 26. His body was not identified at the time and he was buried as “Unknown” in the main Commonwealth War Graves Cemetery in Arnhem.

L/Cpl Loney’s name was also engraved on the memorial wall of the cemetery in nearby Groesbeek and at his home town of Dewsbury.

There is still a strong respect in the Netherlands for the courage and sacrifice of the allied soldiers that liberated them from the Germans in 1944 – 45. Dutch historian Marcel Anker painstakingly investigated the case of Lance Corporal Loney and was able to identify the unknown soldier’s resting place. He is to receive a new headstone bearing his name in a ceremony in September.

Lance Corporal Loney served in the 2nd Battalion of the Parachute Regiment and was killed by machinegun fire while trying to enter Arnhem at night on the 17th of September 1944. He was the son of William Loney and Mary Ellen Loney (née Oates) of Dewsbury. His entry on the list of missing from Arnhem is here.

British historian, Peter Bennett, is leading the search for living relatives, which has so far been fruitless.

He believes a final appeal may lead to someone coming forward.

“My hope is that descendants of the Oates family on William’s mother’s side might come forward as there are quite a number of people with this surname in the local phone directory”, he said.

I know this is not the sort of article you normally run, but I also know the NYE has a wide readership throughout Yorkshire. I would like to try and help with the appeal to find this Yorkshireman’s relatives in time for the ceremony.

Thank you in anticipation of your compassion and help with this request.