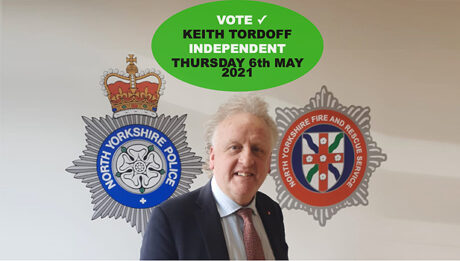 De-Politicising the Police Introducing KEITH TORDOFF MBE – the totally Independent candidate in the forthcoming election for the position of Police, Fire & Crime Commissioner for North Yorkshire taking place on Thursday 6th May 2021. If you believe, as I [...]