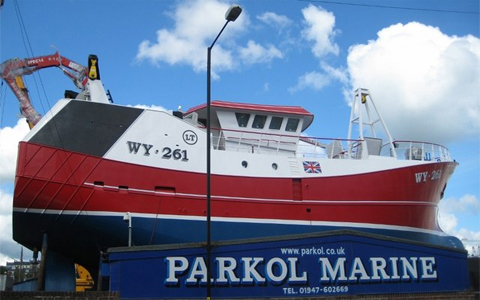 A Letter to the Editor from Bob TURNER, commenting on the SBC/Parkol Marine response to the Whitby Gazette coverage of the Eskside Wharf dispute.

I am sure many of your readers will have already picked sides in the SBC-versus-Parkol shenanigans.

Personally, I doubt that this latest demonstration of apparent solidarity will change any opinions.

Scarborough Borough Council and Parkol Marine have issued a joint press statement (see below) in response to an article published in the Whitby Gazette on 7th March 2014, which was considered “inappropriate”, “sensationalist” and “irresponsible”. It is unclear whether or not either of the aggrieved parties was offered the customary “right to reply” ahead of publication. It is not known whether or not SBC’s Director of Legal & Democratic Services Lisa Dixon has written to the Whitby Gazette’s internet service provider demanding “termination” of the local rag’s website.

Whitby boatbuilding company, Parkol Marine Engineering and Scarborough Borough Council have joined forces to express their disappointment and frustration with an article about the town’s Eskside Wharf, which was featured in the Whitby Gazette on Friday 7 March.

While neither the council nor Parkol is disputing the fact that there is a corrosion problem on Eskside Wharf that requires attention, both organisations have branded the article inappropriate for the sensationalist way it was portrayed, which has served to cast huge doubt over the future of both Parkol’s business and the viability of Eskside Wharf.

Jim Morrison, the owner of Parkol Marine Engineering expressed his anger at the article, which he says has caused unnecessary concern amongst his workforce:

When the showboating is over, it will be Joe Public who picks up the tab.