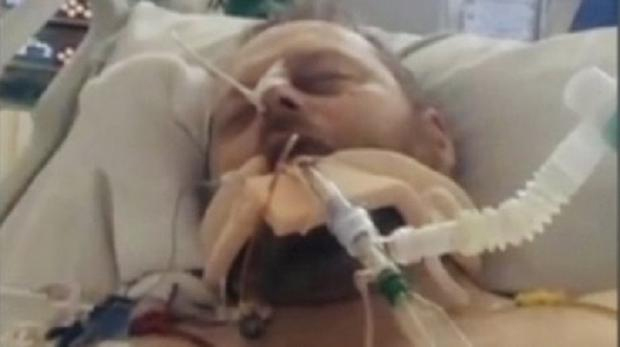 Regular readers of the NYE will know that for some time our readers have been reporting breaches of the coronavirus by police officers to the NYE.

This has been reported to the Chief Constable of North Yorkshire Police (NYP) Lisa Winward by the NYE.

As one would expect from someone with a background in Major Crime, Specialist Operations, Professional Standards, Criminal Justice and Force Intelligence, Chief Constable Lisa Winward’s response was immediate, tough and decisive. She proscribed me as an unreasonable complainant, ignored all the evidence and ordered that the allegations made by the NYE’s readership against herself and her officers were not investigated.

Compare this to the way these situations are dealt with in other Forces.

As an example, when officers from the Metropolitan Police were photographed by a passer-by breaching the regulations by eating together in a café (see below). 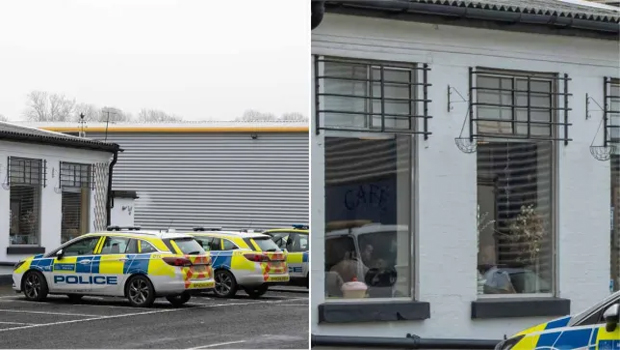 The response of the Met was swift, impartial and effective:

This is the same punishment that would have been meted out if they had been members of the public. In my opinion, an appropriate and just outcome, that enforced the law without fear or favour and maintained public confidence in the Police. This commendable response no doubt also deterred other Police Officers from breaching the lockdown regulations, thereby protecting their colleagues and members of the public from being infected by them.

Please note that the Met took this action even though no complaint had been made by a member of the public.

To answer that question, I wrote to Police, Fire & Crime Commissioner for North Yorkshire (PFCCNY) Mrs Zoë Metcalfe, who is the person democratically elected to hold North Yorkshire police to account:

OPEN LETTER RE: CHIEF CONTABLE’S POLICY OF EXEMPTING POLICE OFFICERS FROM PROSECUTION FOR BREACHES OF THE CORONAVIRUS REGULATIONS

I write concerning Chief Constable Winward’s policy of not investigating allegations of breaches of the Coronavirus regulations by herself and officers of her force.

I have reported this to Chief Constable Winward, but other than proscribing me as an unreasonable complainant, she took no action. As a result neither Chief Constable Winward nor any other officer of NYP has had the allegations made by the NYE’s readership investigated and no action has been taken against anyone. The situation is set out in detail in my article “Allegra and the Chief” below.

Recently, Mrs Allegra Stratton and the Conservative Chair of the Police and Crime Committee for London Mr Shaun Bailey have resigned, and Mr Simon Case recused himself from the Stratton investigation, over allegations of breaching the Covid Regulations.

I consider it is essential that people in authority and influence responsible for implementing regulations on the rest of us set an example and obey the rules. If they do not, particularly if they are police officers, I consider they should be formally and openly investigated and if the allegations are upheld the officers involved should be charged and fined the same as everyone else.

This is also the policy of your party. Referring to Mr Bailey, Transport Secretary Grant Shapps has confirmed:

“It is unacceptable for people to be breaking the rules”.

You cannot have one law for the police and one for everyone else.

On every other occasion that I am aware of when police officers from other forces have been accused of contravening the regulations, the force concerned has responded openly, impartially and professionally. However, in North Yorkshire Police under the leadership of Chief Constable Winward, no one has resigned, apologised or faced disciplinary action and none of the allegations have even been investigated.

The only action taken by Chief Constable Winward was to proscribe me as an unreasonable complainant for legitimately criticising her force in the public interest.

Acting in your role of holding the police to account, I would ask that you:

This is not about an operational police matter, it is about the Chief Constable following an unlawful and corrupt policy, which endangers the lives of her officers and the public, and brings the service into disrepute. It only takes one police officer to be infected and he or she can infect an entire station and members of the public they come into contact with. It is essential in my opinion that police officers are deterred from breaching the coronavirus regulations by the knowledge that if they do, they will be prosecuted for it the same as everyone else.

I would ask for a response by close of play on Monday the 20th of December, so I can meet a publication deadline.

To date (22nd December), I have received no response. If I do receive a response, I will of course publish it.

NYP compared to the Met

In London, even the Prime Minister’s office is being investigated for breaches of the Covid regulations.

NYP is arguably the worst performing Force for breaches of the Covid regulations in the country, both for the numbers of breaches and the seniority of the officer’s involved. Yet in North Yorkshire the Chief Constable has simply granted the Force immunity from prosecution for Covid breaches and the Police, Fire & Crime Commissioner who is supposed to hold her to account has acquiesced to this.

This has resulted in a situation where North Yorkshire taxpayers spend millions of pounds on four Chief Police Officers who are supposed to set high standards, maintain discipline and set an example – but don’t; a NYP Professional Standards Department that is supposed to investigate complaints against Police Officers but is ordered not to and a Police, Fire & Crime Commissioner who is supposed to hold the Police to account – but does not.

All of these people receive an awful lot of tax payers’ money to ensure that NYP is an efficient Force. Commissioner Metcalfe for instance currently receives a £74,000 salary for being the Commissioner, allowances for simultaneously being a Councillor for North Yorkshire County Council and Harrogate Borough Council, and a salary from her employment as a Project Manager.

It is no wonder she doesn’t have time to hold the Police to account or respond to the electorate’s concerns about the pandemic.

Police Officers that do not take rigorous precautions risk infecting members of the public, their families and everyone at their station. This is particularly true with the Omicron variant.

To illustrate the point, please consider the case of a very fine and brave Police Officer – Chief Superintendent Phil Dolby of the West Midlands Police, who nearly died from a Covid infection. Chief Superintendent Dolby is pictured in our lead illustration when he was not expected to survive. He has been outspoken against those idiots that breach the lockdown regulations by making unnecessary journeys and not observing the social distancing rules – exactly the same behaviour Officers of North Yorkshire Police have been indulging in with impunity. BBC article here.

When Police Officers endanger the lives of their colleagues and members of the public by ignoring the lockdown regulations, the NYE’s duty as journalists is to draw attention to this and to hold them to account. Under normal circumstances, having publicised a breach of the regulations, the NYE would be content to let the normal police disciplinary processes to take over, as they do with the Met and every other police force in the UK, except NYP.

Unfortunately, Chief Constable Winward’s policy of ignoring breaches of the lockdown regulations by her officers means that the situation of indiscipline with NYP is now so concerning, that the NYE feels it has no choice but to put NYP under special measures.

Accordingly the NYE is now offering a reward for photographs of officers from North Yorkshire Police caught breaching the regulations. The NYE has taken this step so the photographs can be published, to deter NYP officers from further breaches, before they kill someone.

The NYE believes that this reflects public outrage and concern over this issue, is in the public interest, and particularly the best interests of our police officers.

The NYE would not normally publish a photograph of a critically ill hospital patient. However, this photograph has been issued with the permission of Chief Superintendent Dolby and has been published for the purpose of saving life. Under these circumstances the NYE has therefore waived its normal policy.

The NYE considers that Chief Superintendent Dolby has been very brave and public spirited in speaking out. On behalf of everyone at the NYE and our readers, we wish him a speedy recovery and a happy Christmas with his family.

If you become aware of a public figure or police officer breaching the lockdown regulations, please photograph or video him or her and make a note of the:

So if you do photograph a Police Officer(s) breaching the regulations, we think it may be unwise to say they have been photographed and you are claiming the NYE reward on them.