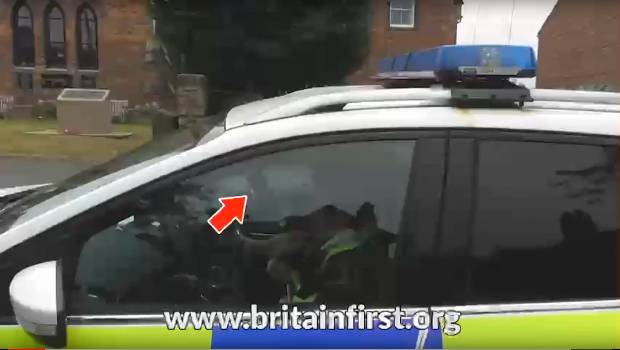 In recent months the activities of minor political parties and groups have commenced in North Yorkshire. The reason for the activity is UK Government plans to dump 1,500 male, fighting age, economic migrants in the sleepy North Yorkshire village of Linton-On-Ouse that has a population of 1,200.

Priti Patel’s Home Office wants to slim down the cost of housing illegal immigrants from the current cost of four star hotels to, in Linton-On-Ouse’s case, housing the 1,500 male, fighting age, economic migrants on the old RAF base, essentially providing barracks for unvetted economic migrants who are potential jihadis.

The cheapest way of dealing with the Westminster created problem of illegal immigrants is a free flight home!

If North Yorkshire Police’s Project Servator are looking to suppress potential terrorist activities in North Yorkshire, the old RAF base would seem to be the best place to camp out given the recent gun running activities across the channel assisted by the RNLI and Border Farce.

The political activities of Britain First and Patriotic Alliance have seen numerous leaflet deliveries across the village and attempts to organise the residents to fight Home Office plans. Things took a turn for the worse for the villagers when the official protest group was taken over by hard left Refugees Welcome types.

As expected, Conservative MP for Thirsk & Malton, Kevin Hollinrake, hasn’t been much help. Conservative MPs do not speak out and vote against mass uncontrolled immigration because they are the cause of mass uncontrolled immigration. The data from the recent census confirms that the Westminster establishment have not-so-secret plans to make the British people a minority in their own country in a few decades.

So, on to the reason for the article. Britain First were again busy leafleting in Linton-On-Ouse and North Yorkshire’s finest were busy stalking them about the village. The North Yorkshire copper stalking Britain First was caught driving and using a mobile phone at the same time. The copper even had the temerity to blatantly lie after being caught red-handed. Such a trustworthy individual!

Section 2 of The Road Vehicles (Construction and Use) (Amendment) (No. 4) Regulations 2003, states it is an offence to drive a vehicle and use a mobile telephone at the same time. The penalty for the offence is:

Will North Yorkshire Police prosecute one of their own? Given they overlooked the Savile paedophile ring for years despite receiving dozens of complaints, the chances of prosecution appear anorexic.