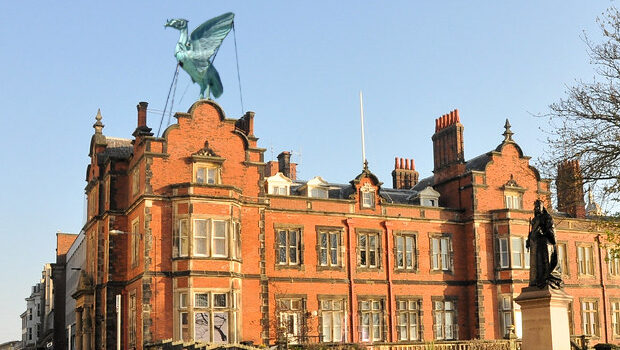 Although my previous article, “Liverpool v Scarborough” (which focused on the appalling abuses of power apparently perpetrated by officers and elected members of Labour ruled Liverpool Council, and the comparisons I identified with our own local ruling Labour administration) was well received by readers, it seems that some readers were inclined to think that I was bashing our current Labour administration while ignoring the disgraceful failings of previous local Tory administrations.

May I firstly therefore apologise for this misapprehension. My view is that most, if not all, the problems the Borough of Scarborough currently endures emanate from decisions made by previous, very dubious, Tory administrations.

The record of Tory mismanagement, greed, ignoring public opinion and much, much worse was clear for all to see and, in May 2019, the electorate of the Borough of Scarborough (SBC) had had enough and, quite rightly in my opinion, booted the Tories out of power.

The residents of SBC wanted a change to the way they had been ruled and turned to parties and candidates who promised that, if they were given the opportunity, they would administer the Borough’s affairs more in line with voter wishes.

Well, that was the promise and it was from this amalgam of promises and new and exciting aspirations that  I, and I am sure many others, thought that after 2019, we would go forward. Although few could understand how it was that we had got a Labour Leader, Siddons, when there were only 13 Labour members out of a total elected body of 46 members, nonetheless, this anomaly was accepted, as many thought, collectively, that those who now had taken power seemed to be saying all the right things.

However, two years on, the reality of a Labour-led administration in Scarborough Town Hall has turned out to be completely different; and the promises to right Tory wrongs, once so proudly proclaimed by Leader Siddons, are now seen to be the delusional ramblings of a power crazy, money obsessed, despot.

So what exactly, way back in May 2019, was promised by Labour supremo Siddons?

Well, it will be recalled that one of the primary causes of the Tories fall from power was their disgraceful demolition of the Futurist Theatre. The Futurist, in many peoples’ view, was demolished so the deal that the local Tories had cooked up between themselves and Flamingo Land could go forward.

This deal would see the hugely valuable Futurist site (it cost £5.5 million of ratepayers’ money to demolish and stabilise the Futurist site) sold to their mates at Flamingo Land for £650,000 which, once they had the freehold, would allow them to build blocks of flats which they could then sell on for huge profits. Nice work if you can get it.

However, supremo Siddons, even though only a few month before the vote to demolish the Futurist had publically declared that he too was in favour of demolition, suddenly, when he saw how politically unpopular the demolition of the Futurist would be, changed his mind, and miraculously voted to save the Futurist.

Nevertheless, as we now know, the vote was won by the Tories and the Futurist was demolished. However, as we also know, supremo Siddons, when he assumed the Town Hall throne, inherited the Futurist site. Prior to the election, public opinion was strongly against the Flamingo Land plan; and, so he said, was supremo Siddons. Public opinion was overwhelmingly in favour of  the site being offered on the open market to see what other developers might offer; and, so he said, was supremo Siddons.

Two years on, has the site been offered to the market? NO. Have negotiations with Flamingo Land been broken off? NO. Indeed, it is strongly rumoured that secret backstairs deals are continuing between supremo Siddons and Flamingo Land and, unless someone knows differently, no attempts whatsoever have been made to re-offer the site on the open market.

The Benchmark deal (which was cobbled together by the Tories) was also savagely attacked by supremo Siddons. Benchmark’s plan called for a total redevelopment of four sites in Scarborough’s North Bay which the Tories had gifted to the developers. Many thought the plan was a total load of bollocks and that Benchmark would only rip us off; and, so he said, did supremo Siddons.

In the weeks that followed supremo Siddons’ speech, it was suggested that a ‘working group’ should be set up consisting of North Bay elected members who would look at each site and evaluate what might, should Benchmark not come up with the goods, be the most appropriate use for them. It was hoped that this would encourage Benchmark to either put up or shut up and if they did not bring realistic proposals to the table before their contract ran out in January 2021 then this preparation would enable the Council to move forward quickly with ready-made proposals.

Did this happen? Not a chance. No ‘working group’ was ever set up and therefore no alternative proposals were ever discussed or evaluated. Nearly two years down the line and the Council, and supremo Siddons, still have no proposals whatsoever for the North Bay sites.

Or do they? Again, there are persistent rumours that negotiations between Benchmark and Council representatives are continuing and that this is why no alternative plans were allowed to be formulated. Whatever the truth, it looks like the ratepayers will lose out and the North Bay will remain an eyesore for the foreseeable future.

Another festering scheme which seems to have no resolution is the proposed ARGOS redevelopment. This project which will see our Labour-controlled Council borrow £22 million – so it can build Coventry University (a private company) a block of student flats – has been widely condemned.

The ARGOS deal, as originally conceived in July 2019, would see the demolition of the old ARGOS building and the construction of a quality redevelopment on the site which would have huge financial benefits and would open up many other opportunities for the Borough.

On the plus side, the demolition of the old ARGOS building would, according to supremo Siddons, open up the area in front of our historic Market Hall allowing a Town Square to be established. The University would pay us a good rent for the flats and we would make a fortune just from the rental income alone. Moreover, the ARGOS development would pave the way for huge amounts of external funding such as the £10 million we would get from the Future High Street Fund. All sound too good to be true: it should do because it is.

The Town Square has now shrunk from a large and spacious open vista allowing the space to be put to multiple uses; to an area the size of a postage stamp. As far as is known not one of the properties that it was promised would be purchased by the Council to enable the town square to be developed has been bought and no planning application is currently being considered.

The rental income from the student flats looks even more uncertain. Indeed, my guess is that if these flats were ever built no students would want to occupy them and the complex would quickly be converted into a home of multiple occupation (HMO). What the consequences of building such a huge HMO would have on existing old town residents is unclear but what is clear is that any additional residential accommodation would bring with it enormous car parking problems. Not that I suppose this would unduly concern supremo Siddons.

As for the external funding supremo Siddons promised this has already disappeared. The government took one look at what SBC were proposing to do with the money and concluded that Siddons plan was a crock of Sh….

So where, I hear you ask, does democracy feature in supremo Siddons vision for the Borough. Well the simple answer is that it doesn’t. In the March before the 2019 election supremo Siddons was banging on in the council chamber about how intercepting members emails and reading them was an affront to democracy.

The practice should be stopped members should decide what emails they receive and the rotten Tories and their agents of evil, the officers, should be ashamed of their selves for supporting such an undemocratic policy; continuing that if he was in charge the email interception policy would scrapped.

Well has the email interception policy been scrapped? Not a chance. If anything under supremo Siddons rule the policy has been extended and reinforced.

It was suggested to me recently that when Labour supremo Siddons snatched power in 2019, the reputation of SBC, after 20 years of Tory greed and mismanagement, was in the gutter. However, in two short years supremo Siddons has taken SBCs tattered reputation from the gutter and flushed down the pan into the sewers below.