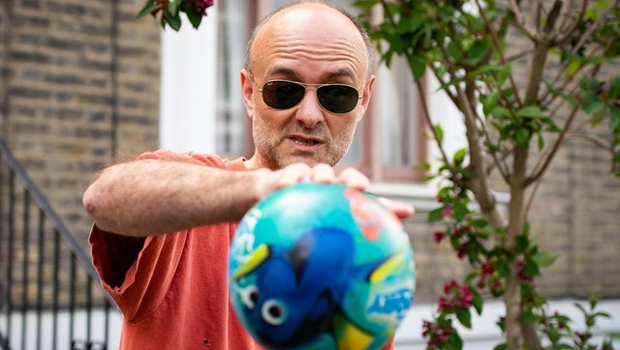 Recently, there have been a series of scandals publicised in the national and local media about the great and the good enforcing Coronavirus Lockdown Regulations on the rest of us, while ignoring them themselves. Or, put another way, there is one law for the powerful and another for everyone else.

This is clearly unacceptable in a democratic society and has outraged public opinion. The media has done a good job in holding public bodies and figures to account on this. It is right and proper that it does so.

The NYE has also played a part in this by exposing Chief Constable Winward and Deputy Chief Constable Cain for breaching the Coronavirus Regulations. Between them they have:

This resulted in national coverage of their actions in Private Eye, as a result of the NYE’s journalism.

But be it noted, such is the poor quality of the local traditional media, that no North Yorkshire media outlet has covered this story, despite the fact that it has gone national and that similar stories have been covered extensively in the national and regional media. Of which more later.

In response to this piece, Private Eye received a complaint which it published and which is reproduced below, along with a response from the NYE.

For editorial reasons of space, a full response could not be published, but to make up for this, I would make the following additional points.

In my opinion, the conduct of Chief Constable Winward and Deputy Chief Constable Cain in breaching the Coronavirus Regulations and endangering the health of the police officers they command has been despicable. It represents a catastrophic failure of leadership. By publicising this abuse, the NYE is acting openly and publicly to prevent further abuses, thereby protecting the health and lives of police officers, firemen and their families.

This is entirely reasonable and our public duty as journalists.

To this end and to deter further future abuses, I have submitted a complaint about both officers to Police, Fire & Crime Commissioner for North Yorkshire, Mrs Julia Mulligan. I have received an acknowledgement, but nothing further. The complaint can be read here. I have not been notified of the outcome of it as yet.

Since the last article on non-essential journeys was published in the NYE, there have been several other cases of high profile public figures with responsibility for implementing and/or enforcing the COVID 19 Lockdown Regulations on the public breaching the regulations.

The circumstances appear to be similar to those which led to the Chief Medical Officer for Scotland Dr Catherine Calderwood receiving a formal police caution for making unnecessary journeys. Very properly, she was also forced to resign.

I make no comment on the morality or otherwise of Professor Ferguson being in a relationship with a married woman. In my view, that is a matter for his own conscience.

However, I feel that Professor Ferguson’s transgression is far worse than Dr Calderwood’s, because his mistress is a mother and in an open marriage. This means that by visiting Professor Ferguson and risking infection while travelling for the non-essential purpose of nookie, she endangered the health of her children, her husband, any other lovers she may have and their families.

Political Strategist and Political Advisor the Prime Minister Dominic Cummings (pictured, top) is alleged to have breached the Coronavirus Regulations.

Mr Cummings has himself had COVID-19 symptoms three days after Prime Minister Boris Johnson tested positive for the virus. A very clear example of why it is imperative that people self-isolate at work.

Mr Cummings is alleged to have visited his parent’s home in Durham twice, a journey of two hundred-and-sixty-four miles each way, at a time when he had COVID-19 symptoms. He is also alleged to have been seen in the picturesque market town of Barnard Castle thirty miles away from his parent’s home on the 12th of April, when he should have been self-isolating. The allegations are set out in full in this BBC article.

He has denied these allegations and stated that he travelled to Durham to make child care arrangements for his children.

The Prime Minister has defended Cummings stating that he had acted “responsibly, legally and with integrity”. Quite how that stacks up when there are plenty of parents that are self-isolating while separated from their children escapes me. If the allegations are true, he appears to have indulged in exactly the same conduct that led to the resignation of Professor Ferguson and Dr Calderwood.

Chief Superintendent Eddie Wylie is the Senior Police Officer commanding the British Transport Police in Scotland. According to this Scottish Daily Record article, he made two trips from his work location in Glasgow to Yorkshire to see his wife:

A complaint has been made about the BTP head’s trips via the force’s confidential whistleblower system. One BTP source told the Record:

“He is going back and forth to his second home in Yorkshire when his own officers are warning people over unnecessary travel. That would strike any reasonable person as just plain wrong surely. The whole place is honestly really angry and frustrated with him”.

The whistleblower added: “He kept his house in Yorkshire and that’s where he and his wife generally stay. The whole place knows he’s doing it, which makes it worse, as he’s got no justification for driving back down to Yorkshire other than seeing his wife – but that’s obviously not allowed in these circumstances, given the distance he’s travelling to do so”.

“He has no legitimate work reason to be in Yorkshire. It just suits him domestically, that’s all. His job title is the BTP Scotland divisional commander so all his staff and responsibilities are in Scotland, not south of the border. It’s just not on that others are restricted from seeing family and loved ones during this lockdown but Wylie feels it acceptable to travel back and forth to Yorkshire.”

It is encouraging that the Daily Record was tipped off by a BTP whistle-blower, indicating that police officers are just as concerned about the consequences to their health of misconduct by Senior Police Officers as the NYE. This vindicates the NYE highlighting the issue in North Yorkshire, to help safeguard the health of police officers.

A BTP spokesperson is quoted in the Daily Record as saying:

“Since the restrictions came into force, Chief Superintendent Wylie has been staying in the Glasgow flat. He has returned to his residential family home in Yorkshire on two separate occasions, between March 21 and May 13. Both times, he travelled home alone and by car to minimise any possible exposure to others and ensure there was no risk to any members of the public.”

Whilst this statement seems to me to evade the point that he should not be doing any travelling, nevertheless it is encouraging that the BTP is going through a formal investigative process into the allegations and is commenting publicly. 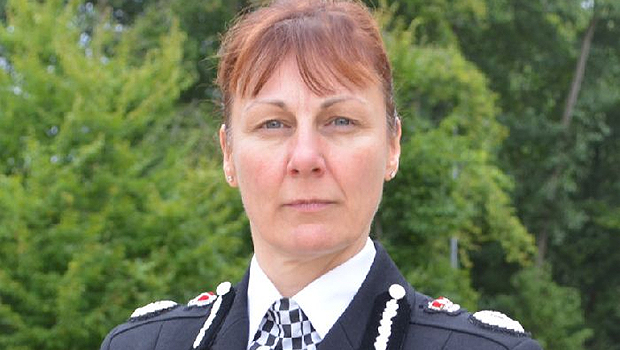 Lectures the public on coronavirus lockdown rules while breaking them herself

Chief Superintendent Wylie is being investigated by his force and has been held to account by local media. Compare the prompt and open response by the BTP to that employed by North Yorkshire Police, which has made no public comment. There has also been no denial, explanation or apology from either officer.

We are all equal under the law. All of the national papers, Chief Constable Barton and most local media have taken the same line on this story. It is wrong for influential public figures to evade prosecution for breaching the coronavirus regulations because of their rank. This is clearly an abuse of power and an issue of legitimate public concern.

In the meantime, Chief Constable Winward has been busy broadcasting on the Lockdown Rules. She can be heard in this Yorkshire Cost Radio article here explaining the Lockdown rules and giving police advice not to travel. The same advice that she and Deputy Chief Constable Cain ignored.

Chief Constable Winward and Police, Fire & Crime Commissioner Mulligan were both provided with a draft of this article and invited to comment, but did not.