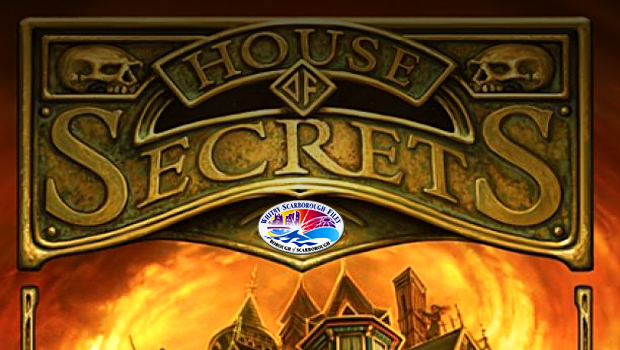 A Letter to the Editor from Ali WILKINS of Scarborough, who responds to Councillor Rob BARNETT’s recent Letter (itself a response to a Letter from Heather RELF), commenting on the affection for secrecy that permeates Scarborough Borough Council Town Hall.

I write in response to SBC Councillor Rob Barnett who wrote recently in support of the excellent letter from Heather Relf “L A Confidential” on the culture of secrecy at SBC.

Many of us are becoming more aware of the secrecy and what they get up to because much of it is exposed in the media. I am sure people will to put pen to paper as long as the Leader and his incumbent Portfolio Holders continue to be as transparent as mud and leave themselves wide open when they inevitably slip up. There is a saying by Sir Walter Scott:

Cllr Rob Barnett highlights the fact that the Vote of No Confidence meeting webcast has been removed from the SBC website. Think removal may have been premature but maybe SBC deletes all webcasts after a while – but isn’t that drawing a curtain down over transparency?”

I noticed the webcast had been removed when my attempts to access the elusive Standards Committee failed and I put my concerns about this meeting to the Local Government Ombudsman. I have sent a link to a Youtube video of the No Confidence meeting to the LGO so they could see first-hand what is normal practice when anything is challenged by the opposition.

So not wishing to deprive anyone of this oligarchic experience I have posted a similar link to one of a number of videos on you tube of this meeting for any of you to view or share.

It is worthy to note that there is a comment on this posting with a question, and I quote:

Cllr Fox, who is so used to agreeing with his party, voted ‘FOR‘. This prompted Lisa Dixon to ask him again and he then changed his vote to ‘AGAINST‘. This was accompanied by tumultuous cheering and clapping.

For those who missed what appeared to be a well-rehearsed meeting, the Mayor closed the meeting because the public in the gallery clapped. No cheering just clapping.

Perhaps in future, mime-clapping in support of Councillors might be the way forward – unless of course the public want to close the meeting!