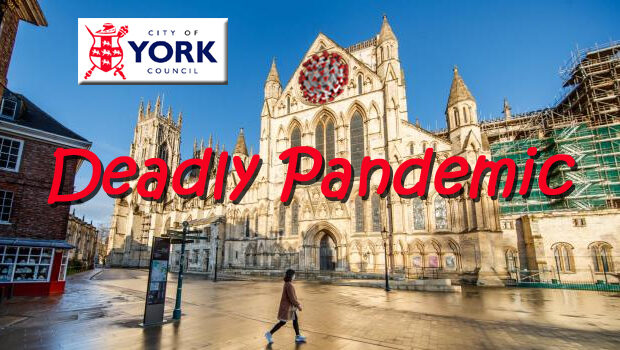 Following on from an article where cremation and burial figures for Scarborough Borough Council show business as usual and no sign of any pandemic in the Borough of Scarborough in 2020, next we move across to the major population centre in North Yorkshire, the City of York.

According to York City Council, which runs crematoria and graveyards in the city, the total number of cremations and burials carried out over the past few years are as follows: 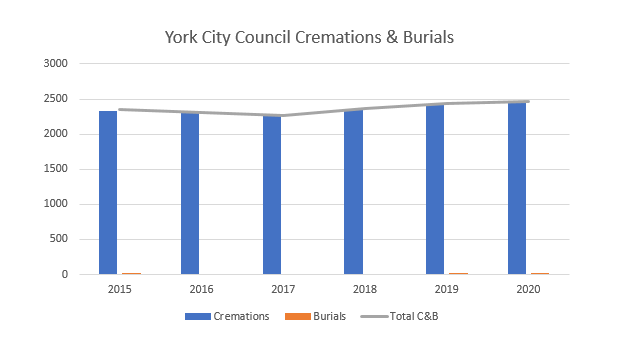 How strange! According to the ONS England & Wales registered deaths increased by 18% in 2020, but it is not reflected in the cremations and burials carried out in the City of York. It looks like business as usual in York.

So the politicians and bureaucrats at City of York Council have closed the city for tourism and hospitality, a major part of the local economy. They’ve thrown a great many people on the dole. They’ve closed a plethora of local businesses, some never to return. They did all this for a pandemic which appears never to have arrived.

Did the local government authority tasked with cremating and burying the dead during the deadly viral holocaust in the City of York take it’s eye off the ball? Or did the local authority cover up the fact there was no large increase in cremations and burials in the city during 2020? Answers are needed.