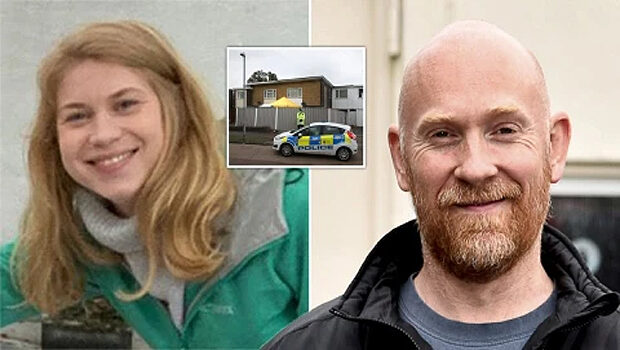 Miss Sarah Everard’s murder has damaged public confidence in the Police; not just the Metropolitan Police, but in all Forces. Following on from my article “Couzens The Key Questions”, this article covers the key questions for Policing in North Yorkshire.

On the day Couzens was convicted, North Yorkshire Police (NYP) issued a pre-prepared statement on its website setting, which is reproduced below.

“Our commitment to preventing violence against women and girls

Everyone has the right to feel safe.

For some time now the safety of women and girls has been a major concern for many. The shocking murder of Sarah Everard, originally from York, sparked an outpouring of public anger and raised questions about how we as a society, Government and key agencies can work together to stop violence.

Preventing violence against women and girls, safeguarding victims, pursuing and prosecuting perpetrators and protecting vulnerable people is a key priority for North Yorkshire Police and has been the central strand throughout both our control strategy and the police and crime plan for a number of years. In 2017, we were the second force in the UK to add misogyny into our hate crime definition and we strive for gender equality at every level of policing, with 587 serving female police officers and 987 female staff, volunteers and Special Constables supporting Chief Constable Lisa Winward, who is the second woman to hold that position for North Yorkshire Police.

While national crime data consistently shows North Yorkshire to be one of the safest places to live and visit in the UK, we are not complacent about that. Helping our communities to feel and be safe is at the very centre of what we do every day. Our patrol plans are flexible and intelligence-lead, so that we can ensure local communities have the police support and visibility they need, when they need it. The policing of the night-time economy is a priority for our local commands, ensuring those who both participate and work in it are safe. In our role within local Community Safety Partnerships, we work closely with key partners to highlight any issues within our communities and provide collaborative solutions to reduce crime and anti-social behaviour.

Sadly though, it has to be recognised that for many women and girls the threat of harm does not come from being outdoors. For the vast majority of those at risk, home is the most dangerous place to be.

Over the past year our officers and staff have undergone some transformative domestic abuse training. The Domestic Abuse Matters training is a cultural change programme delivered by the national domestic abuse charity SafeLives. Designed to challenge attitudes and behaviours, it provides a unique insight into the insidious nature of coercive control and domestic abuse, enabling officers to identify the signs of abuse, understand the behaviours in play and provide more effective safeguarding to victims. We are pleased to say the training has had a direct impact on the operational response and support being provided to victims.

Alongside our response to reports of abuse, manging the long-term safety of victims is also of paramount importance and effective information sharing is key to this process. We are currently working alongside the Courts and the Police National Database piloting a new process which will improve the quality and transfer of information about non-molestation orders. Better quality information will allow officers to take quicker and more effective enforcement action if a breach of the order takes place, keeping victims and those at risk safe.

However, despite the influential role we play, we recognise that violence against women and girls is not just a policing issue, but a wider societal problem which requires a collaborative solution. We work very closely with key agencies such as health, child protection, housing, probation, drug and alcohol services, our commissioned service for domestic abuse IDAS (Independent Domestic Abuse Services) and other specialists from the voluntary sector to identify the needs of victims and ensure those needs are met through a coordinated, shared action plan.

We continue to work proactively with our partner agencies to identify both serial perpetrators of abuse and those who are displaying early signs of abusive behaviour. By engaging with them through support and education, we work to actively reduce the risk they pose and prevent an escalation of dangerous offending behaviour, taking enforcement action when and where required.

I cannot emphasise enough the commitment we have to reduce and eliminate the threat of harm in our communities and how seriously we take our responsibility to protect and safeguard the vulnerable. North Yorkshire Police will continue to work closely alongside our key partners to deliver a safer future for all.

Finally, to those who are experiencing violence, abuse or intimidation, I would ask you to please speak to us. You will be listened to, you will be believed and respected and we will do everything in our power to help you.”

Astonishingly, the statement makes no mention of the key policing failures in this case:

Most concerning of all, the above policy statement evades the key issues for policing in North Yorkshire.

The NYE alone of all the media outlets in North Yorkshire and nationally, has been raising the issue of police vetting since December 2019.

In September 2019, a report by Her Majesty’s Inspectorate of Constabulary and Fire & Rescue Services (HMICFRS) commented:

“There have been national vetting standards in place since 2006. However, HMIC has previously found these were not fully implemented at some forces.”

“Vetting is the first line of defence for forces. But HMICFRS estimated that more than 10 percent of the police workforce did not have up to date vetting.”

“We were surprised to find there’s no requirement to vet officers at point of transfer. Some police predators who get wind of the fact they’re about to be caught run and move from force to force. There’s no way of sharing intelligence between transfers.”

We know that Couzens transferred between Forces and was probably not re-vetted when he did so.

NYP recently conducted a recruitment campaign to attract officers from other forces to transfer. So I put the questions are all police officers and police staff in North Yorkshire Police (NYP) currently vetted and are transferees into NYP from other forces all re-vetted before they start duties with NYP to Chief Constable Lisa Winward, but she did not respond.

The fear must be that there are Officers in NYP who – like Couzens – are not properly vetted, or re-vetted.

Indecent exposure terrifies the victim, because she is usually alone, at night, helpless and uncertain what the offender may choose to do to her next. As with Couzens, it can be part of a relentless progression to more serious offences of sexual assault or rape.

I put the question what is the detection rate for offences of indecent exposure and rape in North Yorkshire to Chief Constable Winward and she did not respond.

“Women have lost faith in the police. The vast majority of survivors of sexual violence and assault never report to police, and it’s not hard to understand why.

The charge rate for domestic abuse related crime in North Yorkshire in 2019-20 was just 4%, compared to 9% in England and Wales as a whole.”

This is clearly a disgrace. Yet the NYE is the only media organisation holding NYP to account over it.

The NYE has an outstanding history of campaigning against violence against women and children. For some time now, it has been running the “Toms* lives matter” campaign to force NYP to investigate the murder of a woman we believe was an alcoholic prostitute from Scarborough.

In my opinion, this case is being ignored because of police misogynism. Specifically, the Police are unsympathetic to sex workers, seeing violence as part of the risk they take by working on the streets. I have no doubt that if “Hope” had been a teacher or the daughter of a policeman, NYP would have been all over the case.

Since 2009, fifteen serving or former Police Officers in England and Wales have been convicted of killing women. Eight hundred have been the subject of allegations sexual misconduct in England Wales and Scotland in the period 2018 – 2020.

I put the questions how many Officers and members of Police staff from NYP have criminal convictions, or are under investigation for an offence or misconduct towards a woman or girl to Chief Constable Lisa Winward and she did not respond.

This BBC article reveals that

“At least 750 allegations of sexual misconduct were made against serving Police Officers across Britain over five years.

I put the questions what is the NYP force policy on requiring officers to report unprofessional conduct and do NYP officers have a confidential route to denounce officers whose conduct is unprofessional to Chief Constable Winward. Again she did not respond.

To resolve questions 1-3, I am dependent on Chief Constable Winward for a response. However, for question 4, the NYE’s investigations into NYP over the years have revealed multiple occasions when officers from NYP have closed ranks and protected one of their own. A few examples:

So the conclusion is inescapable that NYP officers will not denounce a colleague who is behaving inappropriately.

When Police Officers are routinely protected from misconduct proceedings, it fosters a culture of impunity, which gives Police Officers like Couzens the benign environment they need to evade detection.

The answer to that question is probably yes. There may already have been one.

Detective Constable Alfred Hogg of York CID was jailed for two-and-a half years in 2017 for three counts of indecent assault on a child aged between 14 and 16, and two counts of gross indecency with a child aged under 14, committed in Scarborough before he joined the Police.

It should be said that no offences have yet emerged that Hogg committed when he was a Policeman. However, it appears unlikely that he suddenly stopped offending when he joined the police in 1988. He may even have been an Officer like PC Ian Naude who was jailed for twenty-five years He joined the Police to take advantage of the power of being a policeman to commit sexual offences. Naude described becoming a policeman as “getting the keys to the sweetshop”.

The above NYP policy statement does not mention police vetting, misconduct or that the charge rate for domestic abuse related crime in North Yorkshire in 2019-20 is one of the lowest in the UK.

It portrays the key problem as a safeguarding issue, when in fact Couzens did not rape and murder Sarah Everard in her home; he used his warrant card to abduct her in the street on the pretext that he was arresting her.

It appears from the bland, evasive statement above that NYP is just not facing up to the core issue, further undermining public confidence.

Have you had a bad experience with NYP investigating an offence against a woman? If so, please contact the NYE using our letters@nyenquirer.uk e mail address. All responses will be treated in the strictest confidence.