“Is Scarborough a Democratic Borough?” 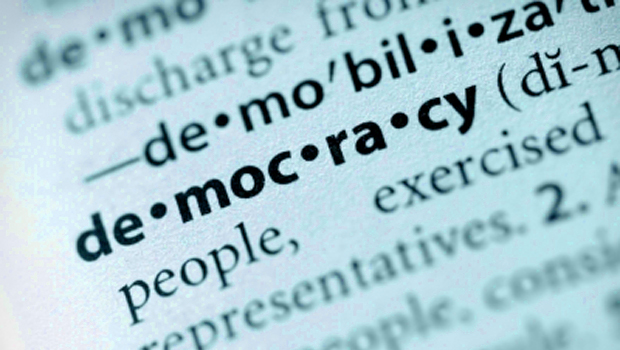 A Letter to the Editor from Patricia DAVID of Scarborough, questioning the quality of democratic governance in the Borough of Scarborough.

Is Scarborough a Democratic Borough?

Local Governance throughout the Country is ruled by Local Government Law, together with a Local Constitution Law which is there to reflect the needs of each individual Borough, its people, their aspirations and welfare and well being.   The Conservative Government encouraged local Councils to run along similar lines with a Cabinet run by the elected local Party and it became the norm nationally.

However the trend nationally is for Councils to return to the pre-Cabinet days of an Executive Committee which is Cross Party with a Leader. Some also have a Mayor elected by the Public who is also Council Leader. Most of the Councils who are still running on Cabinet lines have a rigid Mayor election protocol. A Deputy Mayor is elected by the Full Council and in nearly every Council automatically will become the next Mayor who learns by shadowing the current Mayor. Equally there is a Personal Job Specification to ensure that the elected Mayor has the appropriate experience and credentials. Not so Scarborough.

Having observed the process at first hand this week, this is simply not the case. The Deputy Mayor is never going to become Mayor unless they stand for election as Mayor and are elected by the Members of the Council who attend that Meeting on the day the Vote takes place. The elected Mayor should be strictly neutral in terms of Politics, although they may vote at Full Council Meetings, and in the event of a “tie” in Voting, they have a Casting Vote. Thus the Mayor in the most contentious instances has two votes.

The recent election of the next Mayor took place this week, with only two of us actually there to observe it. It is interesting to note that for the most recent 5 years there have been 4 out of 5 Conservative Mayors, which reflect the voting by the ruling party. Lip Service having been paid to Independents but never a Labour Mayor, although the last Deputy (Labour) was actually voted as Deputy. Next year’s Mayor elect has been a Councillor (Conservative) for less than 5 years, and never a Deputy. There is an obvious trend here.

In Scarborough, there are full Council Meetings and Cabinet Meetings both of which are dominated by the ruling Political Party (which now have a majority of 2) which in turn is dominated by its local Political Party Leader. However for the first time in many years we have a fairly strong Opposition group, and they really do demand to be heard, and often. There are Scrutiny Committees again dominated by members of the ruling party which scrutinise the Cabinet decisions where the Opposition “call in” contentious decisions for Scrutiny.  Scrutiny Committees were debated and agreed by Full Council immediately after the local elections in May. One or two changes were made in the name of even-handedness before being voted on by Full Council. At the Cabinet Meeting on Tues.19th Jan. they are going to discuss the future of Scrutiny Committees, with a view to having them abolished in favour of a “one fits all” Scrutiny Board. (Look out for results)

The Public are allowed to attend most meetings and to ask questions, with advance permission, at all except the Full Council. This last is a ruling in Scarborough and not usual in many other Towns where time is automatically allocated to the Public to address the Full Council.

So why is it important to know all this?

The problem arises because the Public in general cannot attend meetings because they are all held during working hours. Since February 2015 these are being broadcast by WebCam from the Council Chamber to those with the time and/or facility to watch them at home or at work. (Scarborough is one of the last Councils in the country to do so, some have been doing it for very many years).  OK as far as it goes. But with fixed cameras and no “live” direction, it is very limited and there is no facility for Councillors to see any public reaction to what goes on live and in real time. Only people like myself and a colleague are able to attend meetings at any time and we do, so we see what goes on live, and we are able to act as Reporters to the people of Scarborough.

Another important issue is the role of the Chief Executive Office in Council Proceedings.   He sits in attendance at all Cabinet and Full Council Meetings and again we have watched him for several years. Information he is required to give every time is whether or not he has received any letters that the Council should know about. Apparently he has never received any letters in all the years we have been watching!

The questions we should all be asking ourselves are: