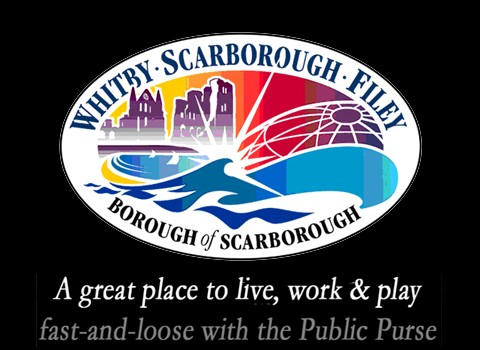 In the article it is mentioned about the SBC councillors who have resigned during this term, and the suggestion from within SBC that the resignations were caused by worries about scrutiny from the press, in particular Real Whitby.

I can only speak for myself, but the word rubbish springs to mind. My contacts with Real Whitby, were always good natured on both parts. As I had nothing what so ever to hide, I felt no pressure at all to tell anything but the truth, either to Real Whitby, or any other press organisation. This approach sometimes caused me trouble within my group, especially from the leadership. Town Hall relocation, i-pads, and some planning committee votes spring to mind.

My resignation was caused by a disillusionment with the way that politics both local, and national is carried on.

I became a councillor believing in openness, and transparency, it became apparent to me that not every one of my fellow councillors, shared the same commitment. Lots of councillors within SBC forget that they are merely the mouth piece of democracy, and refuse to see that times have changed dramatically since 1974. The public, better informed now by new media, demand more from their elected representatives. Yet what do the public get?

Well if lucky, a leaflet every four years asking for their vote, telling them how brilliant their councillor has performed over the previous term. For instance, I lived about 10 doors away from Cllr. Blackburn, for three years, yet I had no idea what he looked like.

I spent forty to sixty hours per week as a councillor, in the end, I realised that no matter how hard I tried I was never going to alter the mindset of those who had been at the table for years. I was laughed at for not claiming back every expense, told that by putting out a paper news letter, and an email group that I was, quote ” making a rod for my own back, because everyone and their mother will be contacting you”

I would ask your readers to think about this final statement, and pass it on to as many others as possible.

Politicians, believe that low turn outs in local elections mean that about 70% of the population do not vote because they are not bothered about what decisions are made locally. You, and I know that it is a protest. As long as councillors only have to convince 10% of the voters in their wards to vote for them, they will continue to plough the same opaque path when back in power.

The only answer is for the protesting non voters to turn out en mass, whether to vote for a good sitting councillor, or replace a bad one, or even to spoil the ballot paper. A large turnout frightens politicians into making the right decisions for the whole community, rather than the blessed few.

Please feel free to print as much or as little of this letter as you feel fit.