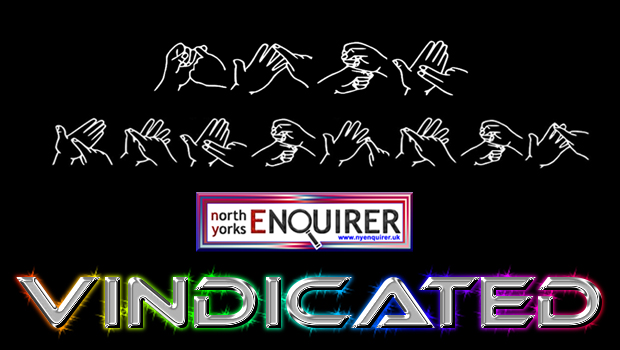 A Letter to the Editor from Caroline WILLDER of Whitby, who writes in acknowledgement of Coroner Michael Oakley’s vindication of the Enquirer’s reporting of the tragic death of Harriet FORSTER following a seasonal landslip at Seaton Garth, Staithes.

As someone who regularly walks along the cliff tops and beaches of North Yorkshire, I was shocked and saddened to hear of the death of nine-year-old Harriet Forster, as reported in the North Yorks Enquirer (Staithes Tragedy – a Sign of the Times).

The article, by Nigel Ward, also referred to a significant landfall in the same area one week previously (which the authorities would – or should – have been aware of), and went on to suggest that Scarborough Council needed to do more to make the public aware of the dangers of falling rocks by putting more signs in place.  Mr Ward passed this information on to the Police for inclusion in the coroner’s report.

Although most people would agree that this measure is necessary to prevent further tragedies (surely the most important thing), I saw two or three negative comments on social media suggesting Mr Ward’s article was in poor taste and that Mr Ward was cynically using this terrible tragedy merely as a stick with which to beat the Council.

Now that it has appeared in the newspapers that coroner Michael Oakley has said he is writing to Scarborough Council asking it to take exactly these measures, I hope those critics will acknowledge that this amounts to the coroner’s full vindication of Mr Ward’s actions.

Credit where it is due. I, for one, thank Mr Ward for his diligence.