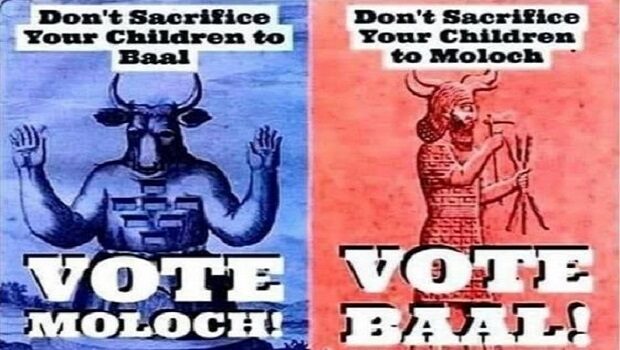 As polling day is just around the corner for many, I give my thoughts on the selection of choices at the ballot box.

The economic credentials of the Conservative Party are lower than whale shit. For the last twelve years they’ve been at the heart of the UK money printing scam. If a government prints money, the result of that printing is always inflation. In my lifetime we’ve gone from a situation where one parent needs to work to support a family to a situation where both parents need full time employment and a paper round to support a family. This is no accident. This is deliberate policy to make the working class poorer and the millionaire class richer.

The green credentials of the Conservative Party are such that they’ve been engaged in wholesale fraud for the last twelve years to get more money out of your pocket. They’ve decided to outlaw gas boilers and cars that run on petrol and diesel. Paying the government more in taxes will never result in man-made global cooling. Its the sun, stupid! 97% of climate scientists are as easily bought as politicians.

The death toll from the Conservative Party’s plandemic policies is around 50,000 people killed off through lack of NHS care with a further 20,000 people killed off from their Coronavirus vaccine experiments. To give some scale to those deaths the Luftwaffe managed to kill 60,000 British civilians in five years.

No MSM journalist will ask these questions of the Conservatives: You are the people who had the most accurate information about the lethality of virus. Did you attend lockdown parties because you knew the virus wasn’t much of a threat? Did you carry out the lockdowns from March 2020 to stop inflation running out of control?

The Conservative Party’s most recent manifesto lies are that they will not raise National Insurance and they will reduce immigration to manageable levels. Heh. If you believed that I’ve got some snake oil to sell you.

Verdict: The Conservative Party hates British people and wants to wipe them from the face of their own country. The Conservative Party continues the policy of ethnically cleansing the cities of Brits until they flee their own country because they are a minority and it is unsafe for them to stay any longer. Demographic data indicates this will start to happen from 2050 onwards.

The economic credentials of the Labour Party are not too dissimilar than those of the Conservative Party. For the majority of the last twenty five years and in the absence of a Conservative Govt they too have pushed the UK money printing scam. As you know, if a government prints money, the result of that printing is always inflation. Red or blue rosette doesn’t change the economic policy as both the Labour and Conservative Parties work for people other than the British.

The green credentials of the Labour Party are such they taxed the British people an extra 25% on their domestic fuel bills since the introduction of Ed Miliband’s 2008 Climate Change Act. None of that vast amount of money has reduced global temperatures. In the current climate of sky high gas and electricity bills not a single Labour MP has stepped up with a suggestion to remove that millstone from around the neck of the British working class.

The last two years have seen the Labour Party support the Conservatives in their wholesale pandemic fraud through scamming the population into believing there was a deadly virus on the loose. Many members of the Labour Party worked hand in glove with the Conservatives to carry out the scam at a local level. They helped kill so many old people that perhaps they should be renamed the Harold Shipman Appreciation Society.

Labour’s tenure running Scarborough Borough Council will surely see them lose a lot of local votes. Hopefully those doing the voting will not vote for the other set of useless cnuts.

The green credentials of the Liberal Democrat Party are not too dissimilar from the Conservatives or Labour. The Liberal Democrats have the same policy of scamming you out of your money by trying to make you believe that paying taxes will reduce global temperatures. Paying green taxes hasn’t worked in 14 years and anyone who believes it will should be committed to a secure mental facility. Those with a bit of money who believe similarly can always join The World Economic Forum.

The economic policies of the Green Party are so well known and they are termed watermelons. Hack into a watermelon with a machete and you find a thin sliver of green on the outside covering the core of communist red. In summary their economic policies not too dissimilar to other three parties and largely placed in the realm of fantasy economics. Inflation is a word undergoing a change of meaning right now, but always remember if a government prints money, the result of that printing is always inflation. The Govt is the problem, not you, nor Putin.

The green credentials of the Green Party are such that they would crucify David Bellamy on Parliament Green for heresy with Saint Greta of Thunberg hammering in the nails if he were alive today.

Verdict: A collection of crazy cat ladies and bearded bespeckled beta males with a penchant for soy lattes who frequently blurt out that they’re a vegan. Hobbies include glueing themselves to roads and co-opting Labour crazies to join them in their endeavour to turn Britain back to a neolithic society where they can be voted into the position of local chief druid. If you want the local council to ban bacon in the canteen for workers, vote Green.

The sensible option at a local level is to vote for an Independent. In Castle Ward, I am afforded two Independents, but I won’t be voting for Janet Jefferson who voted in full council to provide £4million to ‘renovate’ the Futurist with a wrecking ball despite being frequently quoted as being a Futurist ‘supporter’. Liars never prosper.