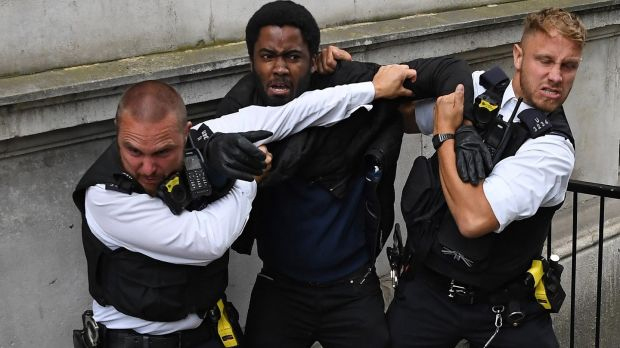 Following the death of Mr Floyd as a result of being restrained with a choke hold, four police officers have been summarily dismissed, arrested, charged with serious offences and remanded in custody.

The events surrounding the death of Mr Floyd only became widely known because a member of the public acting as a citizen journalist took video footage of his arrest and death with her smart ‘phone and then uploaded it.

I have no doubt that had it not been for this piece of citizen journalism, the event would have gone unreported and Mr Floyd’s death would have been swept under the carpet. This citizen journalist footage has led to the death being properly investigated. Unfortunately it has also led to widespread disorder in the United States and on occasion in the UK.

It appears to me that there are three main issues for policing in the UK arising from this footage:

The first topic is beyond the scope of this article and I am working on an article for the second. But I have been able to tie down the situation on use of choke holds in North Yorkshire.

I feel that because of the public concern following the death of Mr Floyd, this issue is so important, that the NYE should cover it with a follow up to my previous article.

North Yorkshire Police Policy on use of Choke Holds

In response to a media enquiry from the NYE, Chief Constable Winward confirmed that:

“North Yorkshire Police do not train our officers and staff in the use of ‘chokeholds’ as part of Officer Safety Training. It is not an approved technique.”

This was very helpful and I feel sure that our readers will be relieved to read that this technique is not used in North Yorkshire. But what is the situation in the rest of the country?

To ascertain this, the NYE contacted the UK College of Policing, which is the professional body for everyone who works for the police service in England and Wales.

The purpose of the College is to provide those working in policing with the skills and knowledge necessary to prevent crime, protect the public, and secure public trust. It sets standards in policing for forces and individuals. The NYE received a very prompt and helpful response from the College of Policing as follows:

Regarding your query about choke holds, the national personal safety training for officers in England and Wales does not contain any choke holds or restraint technique where officers apply pressure to the throat or neck area of a person. Officers are actively discouraged from this, due to the inherent dangers of putting pressure on the neck or throat, particularly during restraint.

If officers believe that they or other members of the public are in imminent danger, they are permitted to use any reasonable and necessary force to prevent that danger. In such circumstances officers could use their professional judgement to deem it reasonable, proportionate and necessary to use a restraint technique which could potentially cause serious injury.

With any use of force the officers involved are responsible for justifying their actions in the circumstances by utilising the national decision model.

I am of the opinion that following the death of Mr Floyd and given the above guidance, it would be impossible for a police officer in the UK to justify using a choke hold in court, unless it was clear that here was a very real threat to life.

According to this NBC Report:

“More than a dozen police officials and law enforcement experts told NBC News that the particular tactic Chauvin used — kneeling on a suspect’s neck — is neither taught nor sanctioned by any police agency. A Minneapolis city official told NBC News Chauvin’s tactic is not permitted by the Minneapolis police department. For most major police departments, variations of neck restraints, known as chokeholds, are highly restricted — if not banned outright.

The version of the Minneapolis Police Department’s policy manual that is available on-line, however, does permit the use of neck restraints that can render suspects unconscious, and the protocol for their use has not been updated for more than eight years.”

The Minneapolis Police Department Manual the article refers to can be accessed, here.The 2012 protocol referred to above that applied when Mr Floyd was arrested stated:

Choke Hold: Deadly force option. Defined as applying direct pressure on a person’s trachea or airway (front of the neck), blocking or obstructing the airway (04/16/12)

Conscious Neck Restraint: The subject is placed in a neck restraint with intent to control, and not to render the subject unconscious, by only applying light to moderate pressure. (04/16/12)

Unconscious Neck Restraint: The subject is placed in a neck restraint with the intention of rendering the person unconscious by applying adequate pressure. (04/16/12)

The Conscious Neck Restraint may be used against a subject who is actively resisting. (04/16/12)

The Minneapolis Police Department policy was changed on the 9th of June 2020 to state:

On the 16th of June 2020, President Trump introduced an executive order banning choke holds “except if an officer’s life is at risk”. This essentially brings US police practice into line with British practice as outlined above by the College of Policing. 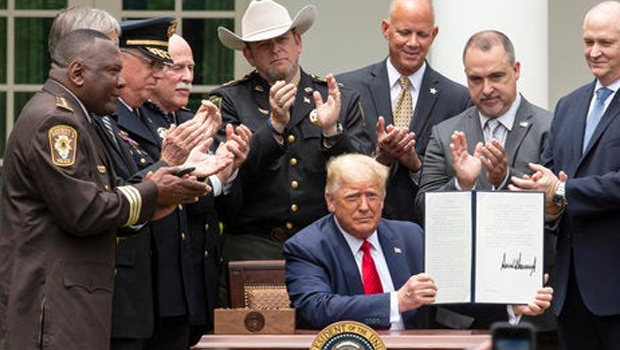 Mr Floyd’s death was by no means an isolated instance. According to this excellent Minnesota Post article: “Minneapolis police used neck restraints at least 237 times since 2015, and that force knocked someone unconscious 44 times”. The article also confirms that neck restraints are allowed by many other US Police Departments and there have been several cases in the US of people dying from application of choke holds.

The implementation of President Trump’s executive order prohibiting chokeholds recognises that US public opinion is so opposed to the use of chokeholds that it will not consent to their use and they have to be discontinued. It also recognises that choke holds do not represent best policing practice and reforms the confused and contradictory situation of multiple force policies that are inconsistent and out of date, across the US.

I therefore found it heartening to read that UK policing best practice prohibits use of choke holds by UK police officers under normal circumstances for all police forces. This has no doubt prevented many accidental deaths over the years and also prevented cases of police officers being charged with manslaughter.

The existence of the College of Policing has ensured a national standard across all UK police forces. This is obviously superior to the patchwork of inconsistent and out of date policies that apply across the US, which has led to multiple deaths there over the years. It took the death of Mr Floyd and an executive order from President Trump to improve US Policing Professional Practice and bring it up to the standards of UK policing implemented by the College of Policing for many years.