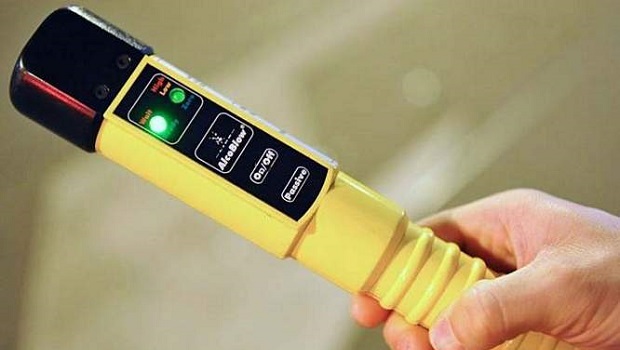 Scarborough Borough Council (SBC) has announced it will be breathalysing town centre revellers between Saturday 26th July and the 9th of August as part of a pilot scheme, ahead of a widescale ‘pre-loading’ campaign planned for late autumn.

The project is being funded by the Council’s Safer Communities Partnership, which appears to have purchased a number of ‘Alcoblow’ devices. Sandra Rees, Scarborough Borough Council Community Safety Manager and Safeguarding Officer added:

“The Safer Communities Partnership will be trialling the Alcoblow devices in St Nicholas Street and surrounding areas, where traditionally there are alcohol-related issues, particularly late on a Saturday night and into the early hours of Sunday morning.”

“A safe and vibrant night time economy is something we all strive for. We are committed to working with the police and council to tackle alcohol-related crime and disorder.”

“Breathalyser readings will help door staff make informed decisions about whether someone should or shouldn’t be allowed entry and should help reduce the flashpoints that are created when people are overly intoxicated.”

A quick examination of the Alcoblow devices indicates they may not be at all suited to policing the ‘mean streets’ of Scarborough town centre. The devices appear to be calibrated for use in Norway, Sweden, Poland, Estonia and Ukraine, which all have much stricter drink driving laws than the UK. The Alcoblow device isn’t approved for use in the UK by the Home Office for obvious reasons. 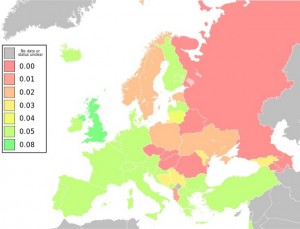 The devices detect three levels of alcohol in your breath and a table of the results of a breath test are tabled below. 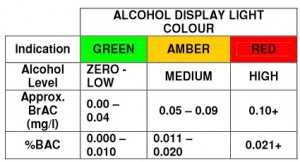 The UK Drink Drive Limit is 35 microgrammes of alcohol per 100 millilitres of breath, or 0.35 mg/l as it would displayed in the above table.

If you’ve had more than a pint, it appears you’re going to blow red on the SBC Alcoblow devices. So, that will be the vast majority of people out enjoying themselves and anyone who has had a drink before heading out!

Having browsed the multitude of what could be relevant Committees on the Council website, I can find no mention of the introduction of Alcoblow or any breathalyser devices. It doesn’t appear this project has been passed before Councillors for scrutiny and the matter has been presided over entirely by Officers of the Council.

That said, I do think there is merit in breathalysing certain people on St Nicholas Street, specifically, the Council employees who came up with and decided to implement this appalling idea. This is one of the most bizarre ideas I’ve seen from Scarborough Borough Council, and an appalling waste of public money to boot.

More importantly, there is also something extremely sinister about the involvement of Council Officers in breathalysing revellers. It appears to be another attempt by part of the state to restrict our civil liberties. In the UK, only the Police are permitted to breathalyse people, but only if they have just cause and only in connection with the investigation of a drink driving offence.

If the doormen of the establishment won’t let you in without first being breathalysed, take your money to an establishment that will.