North Yorkshire Police is renewing its appeal for information about a 2-in-1 burglary that occurred in Scarborough on Wednesday 12 December 2018.

Overnight, between 2am and 6.30am, a property on Nelson Street was entered and the keys to a black BMW 3 series were taken from inside. The vehicle, which was parked outside, was then driven away from the address in an unknown direction. 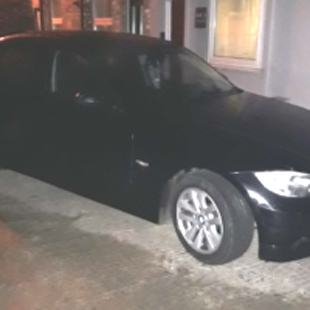 At around 6.15pm the following evening, a man was seen to abandon the vehicle in an alleyway to the rear of Prince of Wales Terrace on Scarborough’s South Cliff, before walking off in the direction of West Street.

He is described as being white, in his late twenties to early thirties, of a slim build and between 5’6″ and 5’8″ in height. He had collar-length light-coloured hair and what has been described as “messy” facial hair somewhere between stubble and full growth. At the time, he is described as wearing a black anorak-type jacket that was zipped all the way up and black jeans.

“A number of enquiries have already been carried out in relation to this report but I am now appealing for the public’s help to further the investigation.

“In particular, I’m asking for anybody who may have CCTV footage of the area, and who hasn’t already been contacted by police, to check their footage. I am also asking for anybody to come forward who may recall seeing a male matching the description around the time the vehicle was abandoned.

“I would also like to extend my thanks to the member of the public who called us to report seeing the vehicle being abandoned. I would always encourage anybody to report unusual incidents such as this to the police as it may be related to something more serious.”

Anyone with information that could assist the investigation should contact North Yorkshire Police on 101, select option 2, and ask for Liam Cromack. You can also email directly liam.cromack@northyorkshire.pnn.police.uk