The Metropolitan Police are to be the subject of an investigation making allegations that it protected high level paedophiles from arrest and investigation, because Police and politicians were involved. More information here.  Recent update here.

All the allegations referred to the IPCC date from the 1970s to the 2000s.

This completely vindicates allegations made by the North Yorkshire Enquirer last year.

So far we have identified two rings in London, including one ring that was a “Westminster Ring”, that included high-profile politicians and a celebrity, and which were protected by the police.

The Krays were politically protected. Ronnie Kray was homosexual and intimate with Lord Boothby the Conservative Peer. Full story, courtesy of the Daily Mail. Boothby was bisexual. He liked rough-trade sex and teenage boys. Boothby met Ronnie and Reggie through Labour politician Tom Driberg (who also enjoyed mixing with criminals and rent boys) – a future Labour Lord and Chairman of the Party. Driberg took Boothby to one of the Krays gambling clubs where the peer became intimate with one of the staff there, Leslie Holt, who was also a burglar and prostitute. 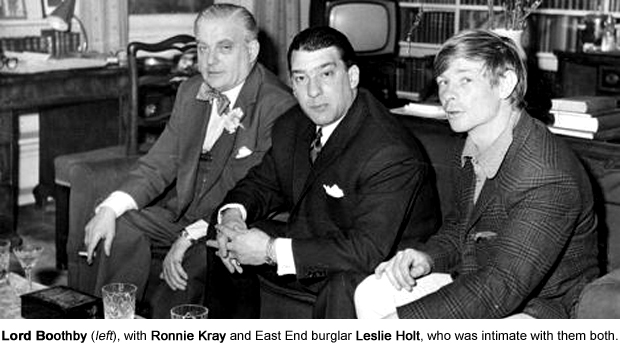 Such was the power that the Krays wielded through sponsoring corrupt police officers in Scotland Yard that when Detective Superintendent Leonard “Nipper” Read was tasked with investigating them. His first act was to move the investigation out of Scotland Yard and into Tintagel House on the South Bank of the Thames, to preserve the integrity of the investigation and prevent witnesses from being recognised when he interviewed them, files from going missing etc.

The North Yorks Enquirer has also identified that Jimmy Savile was also involved in a second ring that used a brothel in Battersea Bridge Road staffed by underage girls that had absconded from Dunscroft School.  The Met discovered this in 1964 and linked Savile to it. But no action was taken. Why not?

Well, the existence of a brothel would have been passed to the Metropolitan Police Vice Squad.

In the 1960s and 1970s, corruption was rife in the Metropolitan Police. The worst and most corrupt squad in the Met, and probably in the country, was the Metropolitan Police Clubs and Vice Unit, which took pay-offs from pimps, pornographers, and prostitutes. Officers from the Squad also extorted money from club-owners, licensees and proprietors of striptease clubs, and could also make evidence and charges disappear – for a price. They would also arrest rivals.

It was led by Detective Chief Inspector George Fenwick, Head of the Obscene Publications Squad; his direct superiors were Detective Chief Superintendent Bill Moody and Commander Wally Virgo, Head of the Serious Crime Squad, who was in overall charge of the unit and nine other specialist squads within the Met including the Drugs and Flying Squads. They were all corrupt and were all being paid off. Fenwick, for instance, would bring pornographers to Holborn Police Station and allow then to select what confiscated pornographic material they wanted for redistribution in their sex-shops, and sell it back to them. Following exposure in the press, there were two major corruption trials. Fenwick, Moody and Virgo were all given between ten and fourteen years in prison.

A likely explanation for Savile’s miraculous escape is that he bribed the police. 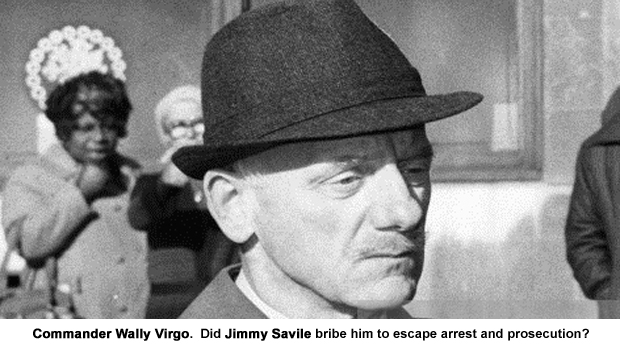 In another development, similar allegations are being made of corruption in the Metropolitan Police, Greater Manchester Police and Northamptonshire Police, concerning the failure to arrest paedophile and rapist Sir Cyril Smith, who was also protected by the police and MI5.

Another investigation is on-going into how the Metropolitan Police are alleged to have protected Smith and this investigation included officers from Yorkshire.

A retired Detective has also alleged that investigations into Smith conducted by the Lancashire Constabulary in Rochdale (which subsequently became part of Greater Manchester Police) were also closed down despite there being enough evidence to arrest Smith. 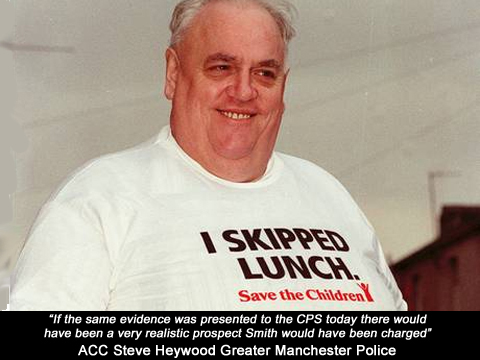 Finally, it has emerged that a third force is under investigation for protecting Smith. The Liberal MP was stopped on the M1 in Northamptonshire during the 1980s and child pornography was found in his car – enough evidence to arrest and charge him. Cyril But he was released from police custody after making a telephone call to London and the evidence disappeared it has been alleged

Northamptonshire Police is conducting an investigation

What is interesting is that the protection of Smith was not just a local affair by the Chief Constable of Lancashire, as we had thought until now. It is clear that Smith – who was a Savile-associate – had national and immediate protection from arrest across multiple police forces. This can only have come from London, presumably his protectors in MI5 and Special Branch.

The North Yorks Enquirer has made similar allegations about Cyril Smith associate Jeremy Thorpe, whom we allege was protected by MI5 and the Metropolitan Police Special Branch.

The home of the former MP Harvey Proctor was searched recently by officers from Operation Midland. BBC report here:

This followed the shocking news that the homes of former Whitby MP the late Lord Brittan in London and Yorkshire have been searched by Officers from Operation Midland; NYE story here.

Operation Midland was established by the Metropolitan Police to investigate allegations of a high-level paedophile-ring operating in Westminster, including the possibility of three murders.

Harvey Proctor is a former pupil for Scarborough High School for Boys. The North Yorks Enquirer has been contacted by a former pupil who has alleged that it was well known in the school at the time that Peter Jaconelli the Mayor of Scarborough sexually assaulted boys. This new witness also confirmed that Jimmy Savile was well known in the school for being a pervert and that his offending was on a much more serious level than that of Jaconelli.

Jaconelli was a Governor for a number of schools in the area.  He and Savile would cruise in Savile’s pink Rolls Royce and pick up children of both sexes from the burger bar in full view of the Police Station. They would then be taken away in the Rolls Royce, abused and then paid off. As well as enticing children into prostitution, Jaconelli also enticed some of the pupils into working for him at his ice-cream parlours where they were abused. Our witness has also confirmed that Savile’s close association with Peter Jaconelli and their joint offending was also well known. 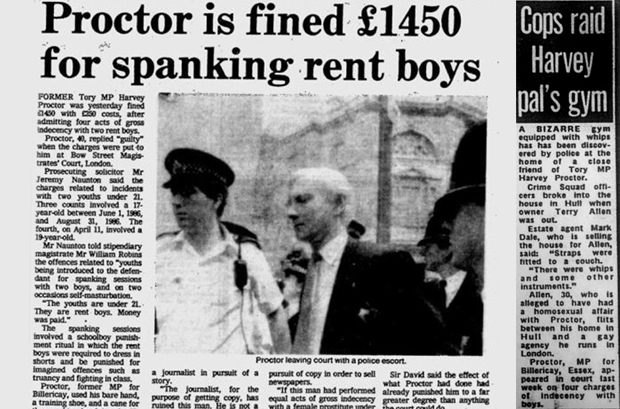 Mr Proctor went on to be the Conservative MP for two constituencies in Essex, before he resigned prior to pleading guilty to offences of gross indecency.  He denied the allegations until it came to court and then Mr Proctor admitted having consensual sex with men who were under the age of consent, which at the time was 21. These would not be offences now.

Our witness also confirmed that in the 1970’s and 1980’s, Savile ran local discos all over North Yorkshire, where he would abuse youngsters that attended them. It was obvious at the time that as a major star and media personality he did not need the money or the publicity from running village hall discos. Savile was presumably doing it to give him access to more young victims, so that he could abuse them.

This new evidence shows that Savile’s offending in North Yorkshire was open and was not limited to the immediate confines of Scarborough and Whitby – where he enjoyed Jaconelli’s protection – as we had previously believed. It is clear that using his Scarborough base and his camper van, he ranged over a much wider area in the County, than was previously realised.

Multiple witnesses have alleged in all four of the local media outlets in Scarborough and Whitby, and on the BBC that it would have been impossible for North Yorkshire Police not to have known of Jaconelli and Savile’s offending and that they were protected, because of Jaconelli’s status as Mayor. The Scarborough News recently published allegations that Jaconelli was bribing Scarborough Police Officers with cash in white envelopes.

The connection of the Scarborough ring to the alleged Westminster paedophile-ring. 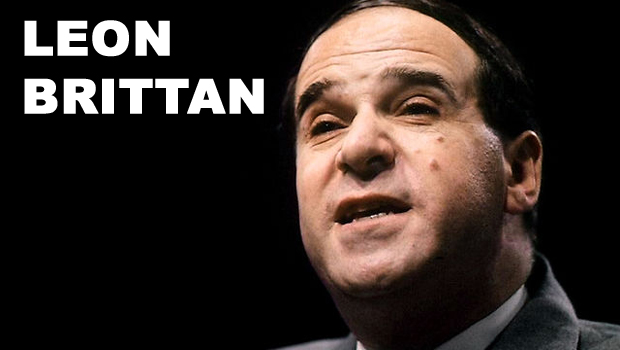 Mr Dickens attitude towards, and vehement opposition to, sexual abuse of children was decades ahead of his time. His investigation into Paedophile Information Exchange member Sir Peter Hayman (thought at one time to have been the Deputy Director of MI6), who he revealed as a paedophile and a security risk – and who was also protected – was skilful and supported by evidence and entirely accurate.

Mr Dickens lived in Sheffield, was the prospective Parliamentary candidate for Whitby’s neighbouring constituency of Middlesborough in 1974, and was then the MP for Huddersfield West from 1979 – 1983. He would have known of Peter Jaconelli through his close connections to Yorkshire Conservatives generally, his membership of the Yorkshire and Humberside Conservative Association, and from Jaconelli’s activities and reputation locally as a leading Yorkshire Conservative and North Yorkshire County Councillor.

Mr Brittan went on to be Home Secretary and in this capacity, to have operational control over MI5.

The North Yorkshire Enquirer is continuing to pursue its investigation into the Scarborough paedophile-ring and its connections to the alleged Westminster paedophile-ring, and the Geoffrey Dickens dossier.

North Yorkshire Police are not saying anything about:

Acting in the public interest, we are continuing to forward additional evidence to the Home Office Enquiry as it becomes available, so that there is some possibility of getting to the truth.

Interestingly, MPs have recently approached the Prime Minister asking for the protection of police officers from harassment or intimidation when they come forward with evidence.

The few Police witnesses from Scarborough Police who have come forward to the North Yorks Enquirer are all very concerned at the possibility of “threat and retaliation” by their former colleagues – and with good reason.

The North Yorks Enquirer supports the protection of Police whistle-blowers and those that come forward with information.

This is essential if we are to get to the truth of these matters.