On Friday 27th February 2015, at the very last Scarborough Borough Council (SBC) Full Council Meeting of the present Council term (which concludes when the local elections are held on 7th May 2015), the main item on the Agenda was to ratify the budget for 2015/16.

Following coverage in the leading regional newspapers of the civil action brought by nine private individuals that appears to have been financed from the public purse with the authorisation of North Yorks Police & Crime Commissioner Julia MULLIGAN [Con.], questions have been raised regarding the legality of public bodies using public funds to litigate against members of the public in general and, in particular, citizen investigative-journalists who have scrutinised and criticised the performance of public servants in their official capacities only.

Councillor Mike WARD [Ukip] took the opportunity to address the SBC Leader – Councillor Tom FOX [Con.] (who, readers will remember, served as a ranking Police Officer in Scarborough at the very time that Jimmy SAVILE and former SBC Councillor, Mayor and Alderman Peter JACONELLI were committing quite literally thousands of sex abuse crimes against minors, both individually and in joint enterprise.

Readers will remember that allegations regarding SBC’s complicity in a cover-up with the North Yorkshire Police were first raised by (then) SBC Councillor Geoff EVANS [LibDem.] in the Scarborough News article of 22nd February 2013 – “Ex-mayor was a sex-pest” – which attracted 95 public comments, plus replies (many of them worthy of close attention).

There can be no doubt now that former Councillor Geoff EVANS [LibDem] was telling the truth when he claimed that Peter JACONELLI was protected by the authorities, in much the same way as Jimmy SAVILE and the sex abusers in Rotherham were protected.

Concerned that SBC is rumoured to have the intention of joining the civil action by nine private individuals, Councillor Mike WARD, having been prohibited by SBC Director of Legal & Democratic Services and Monitoring Officer Lisa DIXON from asking direct questions of the Leader, shrewdly delivered the following comment:

Here is the video.

Watch out for the classic defensive-aggressive body-language; the hand-wringing, the continuous glances to his left, and the repeated disrespect of characterising Councillor Mike WARD as “naïve” – clearly a breach of the Councillors’ Code of Conduct:

“Retaliation”, indeed. To my ears, that comes very close to a threat. Though no doubt his career-long friends in the North Yorkshire Police will take a very different view – without fear or favour.

But let us remember that Councillor Tom FOX [Con.] has stubbornly refused to address questions regarding the JACONELLI years. He has also maintained his right to silence regarding alleged involvement in at least two cases of Police brutality related to the JACONELLI case. Neither has he commented on the matter of the Jimmy SAVILE ‘Monday Morning Club’.

And yet, speaking of the victims of Jimmy SAVILE and Peter JACONELLI in Scarborough, North Yorks Police & Crime Commissioner Julia MULLIGAN [Con.] has publicly admitted that:

Without question, Julia MULLIGAN was not referring to Police Officers failing victims in Settle, say, or Richmond, or Selby, or anywhere else in North Yorkshire. The North Yorkshire Police who failed these victims were, beyond any shadow of a doubt, Police Officers serving in Scarborough, where SAVILE and JACONELLI offended without hindrance for decades.

Julia MULLIGAN wisely offers no caveat to exclude Tom FOX from that admission.

Councillor Tom FOX [Con.] was recently elected Mayor for the Council year 2015/16 – in flagrant breach of the SBC Constitution – as I have reported elsewhere.

But first, he has to be re-elected.

I hope that Councillor Tom FOX [Con.] is not planning to unlawfully deploy the public purse in an act of RETALIATION against me and Tim HICKS, in some desperate attempt to salvage his election prospects.

Finally, readers have expressed some puzzlement about the form of words displayed in the LibDem Petition calling upon the Scarborough & Whitby Conservative Association and Scarborough Borough Council to publish a full apology to the victims, in which the following remark appears:

On the only occasion that I have met Councillor Tom FOX [Con.] (before the SAVILE/JACONELLI scandals broke), he was a suave, sophisticated, urbane and self-confident man with all the consummate panache of the born leader.

Today, he is a shadow of his former self, lashing out impotently at his critics like a broken-down bully.

Time to call it a day. 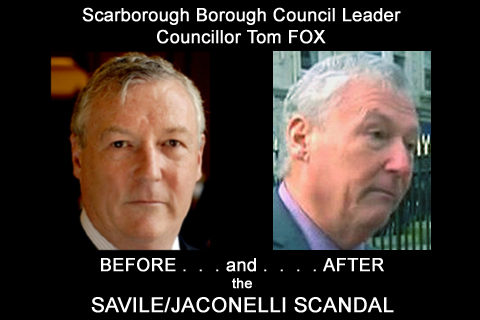 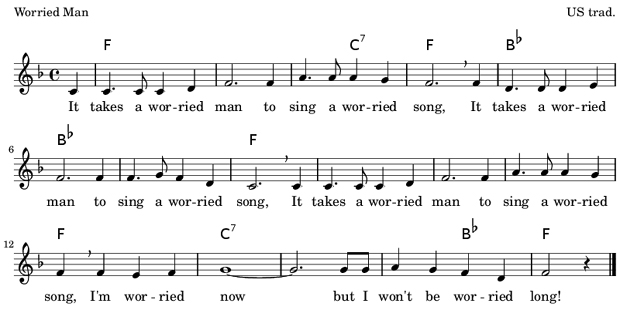