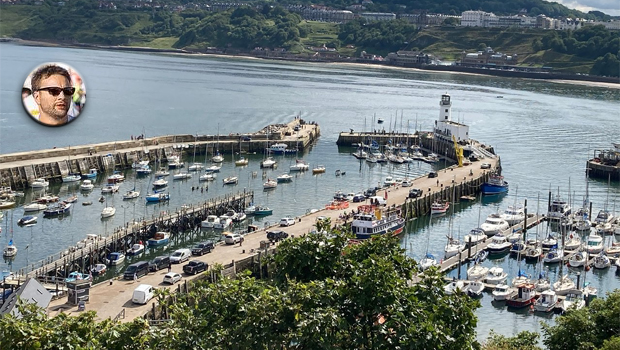 Following a tendering process, Hemingway Design – specialists in coastal regeneration – were commissioned to help create a ‘Masterplan’ for Scarborough Harbour.

Stakeholders were invited to attend a “visioning” event held at the St Thomas Community Centre.

Cllr Liz Colling reported that the ‘visioning’ event had taken place; that there had been an excellent attendance at the event, and many innovative proposals had emerged from the discussion – most notably, proposals to capitalise upon the growing success of the local fishing industry within Scarborough.

Cllr Colling stated that Hemingway Design would next assimilate the information gathered and propose to undertake further and wider consultations in the coming weeks.

Cllr Colling informed us that the ‘Masterplan’ proposals for Scarborough Harbour were continuing to progress. Hemingway Design had held initial public consultation over the course of the summer. They were presently developing their initial concepts for further consultation in September/October of the same year.

Harbourmaster Capt Vasey reported that Hemingway Design had indeed held initial public consultation over the summer. As reported by Cllr Colling in September, Hemingway Design were currently developing their initial concepts for further consultation, anticipated to take place during October.

On the same date

Scarborough Harbour Executive were informed by Alex Richards, SBC Project Manager (picture inset, above), that stakeholder engagement was presently in the hands of Cllr Siddons, who would be taking it forward; Cllr Siddons was reportedly very keen on maintaining areas for the use of the fishing industry, and that Cllr Jefferson would be discussing this with Cllr Siddons.

SBC were invoiced for £5,134 by Hemingway Design.

Captain Vasey reported that ‘Masterplan’ proposals for Scarborough Harbour had been delayed. However, Hemingway Design were continuing to develop detailed concepts and “visualisation” of what the scheme could look like. Further consultation was now anticipated taking place in January/Feb 2020.

On the same date

Mr Alex Richards, Project Manager, advised that the ‘Masterplan’ program had been discussed at the Executive Management Team and new instructions have been given to consultants Hemingway Design , with renewed momentum to move forward.

Captain Vasey reported that, following initial public consultation, Hemingway Design were continuing to develop detailed concepts and “visualisation” of what the scheme could look like. Further consultation was now anticipated to take place in due course. Captain Vasey also reported that Councillors were to be given a presentation during March, allowing another opportunity for further suggestions to be fed in to the process.

It was announced that the March presentation to Councillors had been cancelled.

The only available information from SBC: there has been only one consultation with stakeholders (back in June 2019).

Since that date, and despite several assurances by SBC that Hemingway Design would “UNDERTAKE FURTHER AND WIDER CONSULTATION IN THE COMING MONTHS”, there has been absolutely no consultation whatsoever with the fishing industry.

Nor is there any evidence of any dialogue having taken place between Cllr Siddons and Cllr Jefferson regarding input from the fishing industry, as was promised in October 2019.

There is, however, evidence that, in December 2019, new instruction/mandate was issued to Hemingway Design by the SBC Project Manager, Alex Richards, but not (of course) shared with the stakeholders.

There is mention of Hemingway Design’s “visualisations” of their concepts for West Pier (in December 2019 and March 2020), yet these “visualisations” have never been shown to the stakeholders or tenants of that area, indeed they know nothing more than what was discussed at the one and only consultation in June 2019.

I believe that the stakeholders/tenants of West Pier deserve better consideration by the Officers, and Councillors, at SBC.