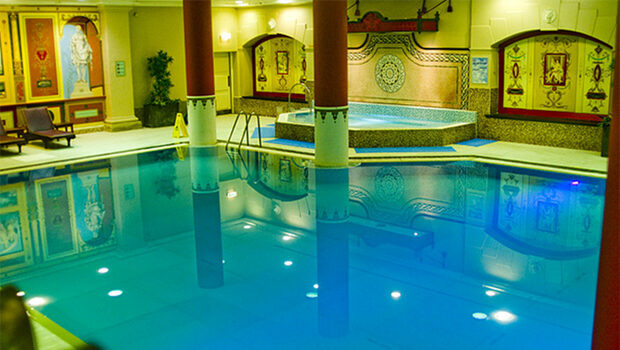 In accordance with this policy, this article is part of a series of articles on Chief Police Officers’ expenses and the various financial issues that have caused public concern in North Yorkshire Police (NYP) since 2006 to the present day. They are in the public interest, being intended to raise awareness of this issue, improve financial control and accountability over the use of Police funds.

I am not alleging that there has been any impropriety or misuse of public funds in these articles. The issues I am raising are of disclosure, value for money, transparency, accountability and financial control over public funds.

The first part of this article covered failures in Financial control from the appointment of Ms Joanna Carter as Chief Financial Officer (CFO) in 2006 until she went on long term sick leave on 29th February 2016.

It can be read here and should be read before reading this article, to provide context.

Under paragraph 1(d) of the Schedule to the Elected Local Policing Bodies (Specified Information) Order 2011, the Police Fire and Crime Commissioner (PFCC) is required to publish the allowances paid to him/her and to the Deputy PFCC in respect of the expenses they incur including:

The regulation can be read in full here.

A quick trip to the PFCC’s website showed that the PFCC’s expenses are disclosed. However, the last expenses disclosed were for February 2021 and the published statements do not include a meaningful description of what the expenditure is for, or why it was not reimbursed.

This has four major implications:

North Yorkshire’s PFCC Julia Mulligan and her deputy Will Naylor spent about £5,000 between them on travel and subsistence in 2020. As you can see from the example above, the purpose and justification for this expenditure is not disclosed.

To put this in context, a quick comparison with West Yorkshire Police (WYP) reveals that Commissioner Burns Williamson claimed about £2,500 travel and subsistence in the same period. Deputy Police Commissioner Isobel Owen did not claim any expenses in this period. Unlike NYP, their expenses are perfectly and openly disclosed in the normal way, which complies with the regulation. Example here.

So why can’t North Yorkshire taxpayers have the same standards of openness, transparency and financial control that taxpayers in West Yorkshire have?

NYP had a particularly disgraceful history of financial misconduct by senior officers, particularly in respect of misuse of expenditure on training.

Chief Constable Maxwell and Deputy Chief Constable Briggs, received £100,000 of bogus tax free training allowances, which they could not account for or produce any evidence of them having spent it on training. In short, the good taxpayers of North Yorkshire forked out £100,000 to ensure that their Chief Officer Command Team was fully trained and in return, no training was apparently undertaken. Chief Constable Maxwell, attended taxpayer funded conferences and seminars in Amsterdam, Bahrain, Estonia and Copenhagen, and also charged a visit to the Edinburgh Military Tattoo to expenses.

This and other abuses by Chief Officers attracted national criticism and as a result, in 2016 Home Secretary Amber Rudd criticised the police over a lack of transparency over Chief Police Officers expenses. This was a major issue in British Policing at the time concerning a culture of entitlement and unaccountability amongst Chief Police Officers. This Daily Mail article and another here cover it very well:

(My highlighting in bold)

I was shocked by what I found.

My review revealed that the Chief Officers’ expenses have disappeared from the website and it appears that either they are now not being disclosed, or their location on the website is obscure. Effectively concealing them from the public.

This means Chief Officers are no longer accountable for their expenditure and NYP has returned to the culture of lack of transparency that prevailed previously.

In short, there has been a change in policy to prevent accountability and transparency, and restrict the information available to the public.

The impact of non-disclosure

As an example of the impact of this non-disclosure, the Chief Constable of NYP is Lisa Winward. She is a graduate of the FBI National Academy (FBINA) in Quantico Virginia, which she attended as a foreign student in 2011. This is a prestigious course to attend, places on it are highly competitive. Her attendance marked her out as a high flyer within NYP, probably leading to her accelerated promotion to Chief Constable.

Attendance at the FBINA also entitles her to be a member of the FBINA Association (FBINAA). Each year the FBINAA runs an annual conference at a City in Europe of cultural significance that is a popular tourist destination. The course is run in a luxury hotel, includes a banquet, social events and time off for sightseeing and shopping. Chief Constable Winward attends this conference each year, paid for by the taxpayer. In my view this is a cause for concern because:

Accordingly, the NYE has been running a series of articles on the costs of the Chief Constable’s visits to European Cities to attend these FBINAA Alumni Conferences. So the public know what their money is spent on.

As an example, the 2017 conference took place in the Four Star Bristol Marriott Royal Hotel in Bristol with its luxury swimming pool pictured above. There was a banquet in Bristol Cathedral with a full social program in addition to the banquet, which delegates could login to book places on the social page.

According to Chief Constable Winward’s expenses, she booked into a hotel on Friday 22nd September 2017 to attend the conference that took place on Monday the 25th September and Tuesday 26th September 2017. It is unclear to me why she needed four days in a hotel at the taxpayers’ expense for a two day conference and I have not been able to obtain an explanation from her for this.

The impact of Chief Constable Winward withholding her expenses -which were the source of the information for the FBINAA expenses articles- is that the NYE can’t expose these FBINA Alumni conferences to lawful public scrutiny.

In short, the NYE has been censored by the Chief Constable, who can now carry on visiting glamourous European cities on her FBINAA conferences, without revealing any information about them to the public.

Here I pose the question: if my concerns are groundless and vexatious, why won’t Chief Constable Winward disclose her expenses openly?

The role of the media

North Yorkshire taxpayers pay a CFO, a Police Fire & Crime Panel and auditors an awful lot of money to ensure that there is accountability for public money and open disclosure. However, the PFCC and Chief Officers are not disclosing their expenses openly as they are required to do.

Only the NYE is holding the Chief Constable and the PFCC to account over this issue.

This shows the importance of having a free press that is willing to challenge public bodies in North Yorkshire.

In summary, far from improving standards of openness and transparency in North Yorkshire Police, Chief Officers expenses are no longer disclosed and the PFCC’s expenses are not disclosed with sufficient information to make them meaningful, and do not meet the requirements of the 2011 Order.

In short, there has been a decrease in transparency, not an improvement.

The long suffering taxpayers of North Yorkshire have an absolute right to know what Chief Officers and the Commissioners have spent their money on. They also have a right to expect that payment of expenses is subject to effective disclosure and financial control. Yet when Chief Constable Winward, CFO Porter and PFCC Newberry were given sight of a draft of this article and asked for an explanation of a) why NYP had apparently stopped publishing Chief Officers’ and Commissioners’ expenses and b) what they were going to do about correcting this, none of them responded.

It appears that NYP is led by management which resists public scrutiny, accountability and financial control.

This is damaging to the reputation of North Yorkshire Police and contrary to the public interest.

The wider concern must be that this is part of a wider and coordinated policy under Chief Constable Winward and successive Commissioners of aggressive media and information suppression. NYE article here.