As the much-debated ARGOS issue rumbles along, perhaps now would be an appropriate time to have a review of the equally unpopular ‘Masterplan’ to ‘regenerate’ Scarborough Harbour.

The Council have, to date, paid consultants Hemingway Design in excess of £27,000 to provide a harbour ‘Masterplan’.

However, much of the content of that ‘Masterplan’ has been discarded or ignored, with the sole exception of West Pier.

West Pier has a car park which generates a NET income of around £200k p.a.

That income is not re-invested in the harbour, but is diverted to the General Fund, in much the same way as revenues from Whitby Harbour, where harbour income is now to be the subject of a forthcoming Court case.

West Pier car park presently provides 109 spaces, of which 53 are for permit holders, with the vast majority of those permits holders working within the fishing industry.

The ‘Masterplan’ is to reduce parking to just 30 spaces, plus 20 ‘flexible’ spaces. Quite clearly, ths is not enough to meet the present needs of the fishing industry alone.

The reason behind the reduction in car-parking is to create an area where events such as SEAFEST, GOLDWINGS, etc, can take place.

Here are some artist impressions taken from the harbour ‘Masterplan’, which indicate that West Pier will in effect become a ‘Town Square’ by the sea, rather like the one favoured by those with an interest in the ARGOS development. 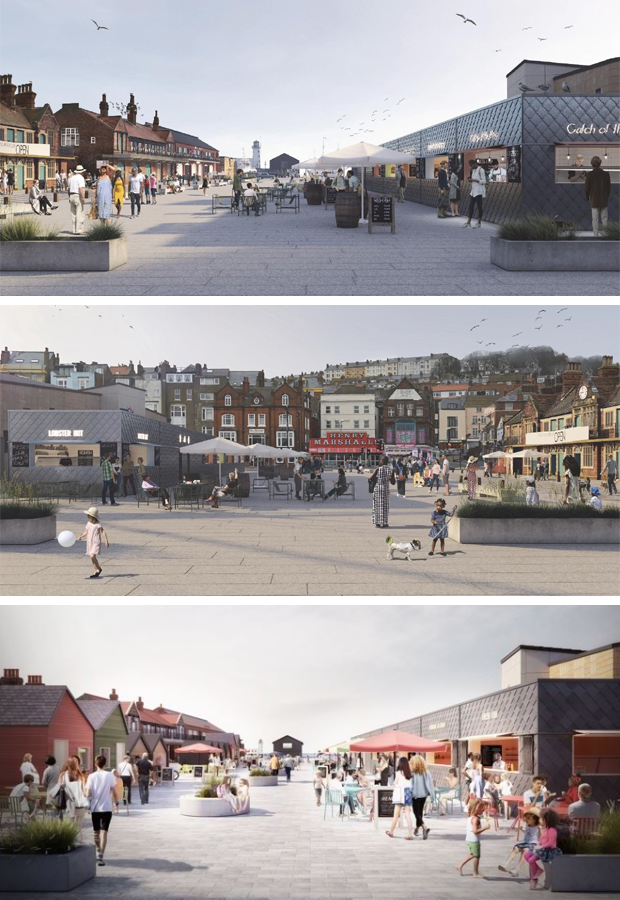 West Pier is also the base of the second most important shellfishery in the UK and, because of its position close to a plentiful supply of sea water, is where local merchants have storage tanks for the livestock before regular onward distribution to the continent via huge vivier trucks.

Here are some images of the congestion that is caused by those trucks. 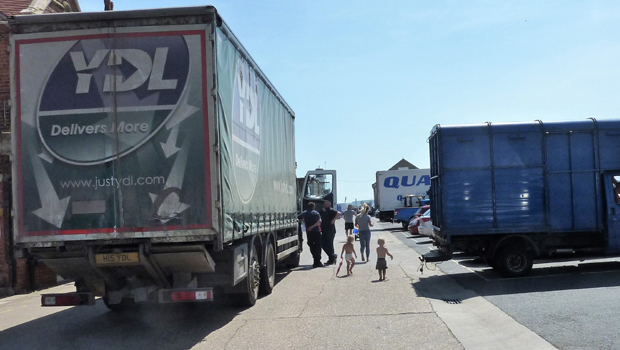 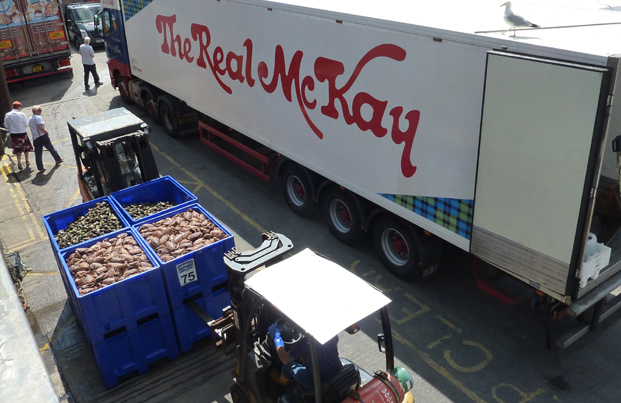 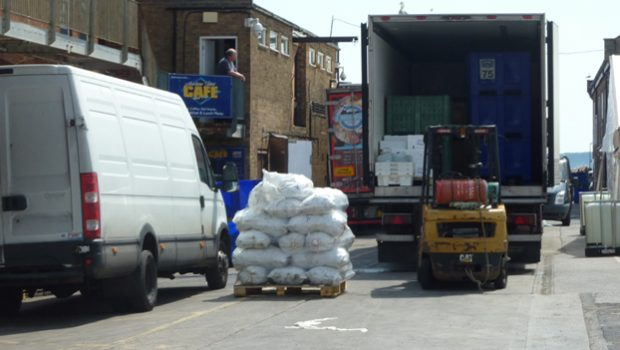 Fork-lifts manoeuvre in areas accessible to parking and pedestrian traffic

The fishing industry is one of the few industries in the town to provide full-time, well-paid and regular employment, and makes a considerable financial contribution to the Council’s Harbour department, which is one of the very few departments of SBC to run at a profit.

The disruption and constriction of the fishing industry into ever decreasing space on West Pier, in favour of yet another seasonal tourism scheme, is madness.

The plan to encourage tourists to mingle with heavy goods vehicles in what is an industrial estate’s transport yard is further proof of that madness.

Moreover, the West Pier ‘Masterplan’ clearly indicates that the Council acknowledges there is indeed an appetite for a ‘Town Square’ area for events, etc.

In my view, the ARGOS site would be the preferable site for such an area.