Nursery rhyme of the day:

“Remember, remember the fifth of November
Gunpowder, treason and plot.
I see no reason, why gunpowder treason
Should ever be forgot.

Guy Fawkes, guy, t’was his intent
To blow up king and parliament.
Three score barrels were laid below
To prove old England’s overthrow.

And what shall we do with him?
Burn him!”

Who was Guy Fawkes?

Guy was also known by his Spanish name Guido Fawkes and his nom de guerre was John Johnson.

Guy was a soldier and an underground member of a group of English Catholic conspirators who planned the failed Gunpowder Plot of 1605.

Born in Stonegate York and grew up in York.

Guy’s dad died when he was 8 years of age.

Guy’s mum’s family had a catholic affinity and so she later remarried to a Catholic.

Guy soon after became a Catholic.

Guy fought on the continent in the Eighty Years’ War on the side of Catholic Spain against Protestant Dutch reformers. Following Francis Drake’s victory against the Spanish Armada some years before, England were, although not actively, still at war with the Spanish.

Guy later travelled to Spain in an unsuccessful bid to build support for a Catholic rebellion in England.

Spain, although sympathetic to the plight of Catholics in England, was intent on making peace with King James.

Guy then met childhood friend and conspirator Thomas Wintour and together they returned to England.

The plan of Guy, Thomas and Robert Catesby (considered the prime mover), amongst other,s was restoration of a Catholic monarchy, by assassinating King James I of England and VI of Scotland through blowing up the House of Lords during the State Opening of Parliament on 5 November 1605.

Plotters secured an undercroft beneath the House of Lords where Guy was in charge of a stockpile of 36 barrels of gunpowder hidden there.

Guy was found guarding these explosives in the early hours of 5 November.

An anonymous letter had led to the search of Westminster Palace.

The catholic peer William Parker, 4th Baron Monteagle was the one who received the letter and then loyally revealed its contents to Robert Cecil, 1st Earl of Salisbury whether Robert acted as an agent provocateur or was simply the loyal Government Minister, as he appeared to be.

Guy was questioned and tortured, until he was broken.

However Guy took an opportunity just before he was scheduled to be hanged, drawn and quartered to leap to his death.

Remember remember the 5th of November

Guy is considered as the central figure of the Gunpowder Plot, even if he was a patsy.

The thwarting of the gunpowder plot has been commemorated in Britain since 5 November 1605. “Guys” are made and burned in effigy on a bonfire usually alongside a gunpowder fueled display of fireworks.

A minority oppressed, perceived as a threat.

A statement or action expressing disapproval of or objection to something.

We are free to protest that something is wrong.

The crime of betraying one’s country, especially by attempting to kill or overthrow one’s sovereign or government

Action against those in authority over you, including the use of gunpowder.

Conduct or speech inciting people to rebel against the authority of a state or monarch.

The marketing of treason.

Alan Moore’s 1980s retelling of the story as ‘V for Vendetta’ intertwining history and a projected future fascist British government. Which has spawned a film and the use of masks by groups like Anonymous simulate solidarity with those opposing governmental Authority.

With more power sought by Home Secretaries to take more control over the population, the checks and balances of due process become more important to safeguard privacy and liberty.

Total war and the mobilisation of entire states, as demonstrated in the world wars increases casualties. Risks of unrest include civil war, and annexation by neighbours a Pandora’s box. Which could lead the way to the use of child soldiers, and sacrificing innocence. Janjaweed militia in Dafur and Daesh or so called Islamic State, using weaponised rape to subjugate civilian populations.

Upholding peace is a struggle but the loss of peace through civil war is a no win outcome. Martin Luther King and Mahatma Gandhi showed that social justice and change can be made manifest without resorting to violence, and such change hard won, is long lasting.

“The first step in the direction of a world rule of law is the recognition that peace no longer is an unobtainable ideal but a necessary condition of continued human existence. But to take even this step we must return to a calm and responsible frame of mind in which we can face the long patient tasks ahead.”

Plotting change is necessary, transition through planned changes that are gradual work. More dramatic change causes upheaval and embedding such changes are a challenge but for the sake of civil society we need to pull together for the Common good.

“Never doubt that a small group of thoughtful, committed citizens can change the world. Indeed, it’s the only thing that ever has”.

However you divide people we must not scapegoat minorities or create institutional injustice. For the foundation of peace is true justice, respecting individuals and encouraging their personal engagement and investment into our society.

“Political tags – such as royalist, communist, democrat, populist, fascist, liberal, conservative, and so forth – are never basic criteria. The human race divides politically into those who want people to be controlled and those who have no such desire.”

When Catholics were persecuted some of their number resorted to desperate measures. Empowering people not suppressing them wins hearts and minds, reduces radicalism and inspires people to feel invested in society.

“Even despotism does not produce its worst effects, so long as individuality exists under it; and whatever crushes individuality is despotism, by whatever name it may be called, and whether it professes to be enforcing the will of God or the injunctions of men.”

The power must remain in the hands of the people. The government must be accountable to the people and be under the law not above it.

A penny for the Guy and a penny for your thoughts? 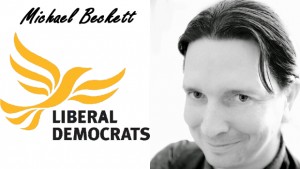