For over two years now, Tim HICKS and I have been calling for a public apology from Scarborough Borough Council for past failures of its duty of care to the innumerable victims/survivors of former Scarborough Councillor, Mayor and Alderman Peter JACONELLI, whose half-century of predatory sexual abuse of minors ended only with his death, in 1999, at the age of seventy-two.

Our appeals, and others, have always fallen on deaf ears. 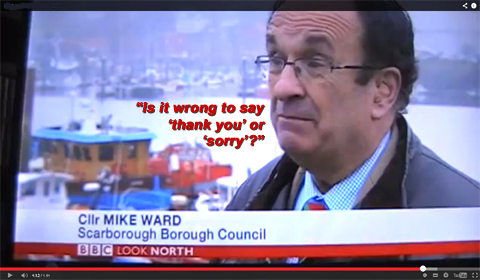 On Tuesday 13th May 2014, (then) Councillor Mike WARD (no relation to me) wrote a Letter to the Editor of the Real Whitby Magazine, picked up by the North Yorks Enquirer under the title JACONELLI: “Is it so wrong to say ‘thank you’ or ‘sorry’?”.

In it, he referred to his statement to Scarborough Borough Council the previous day. I draw readers’ particular attention to the following passage:

“The victims and all of us need to give special thanks to Real Whitby. Without the persistent campaigning of Tim Hicks and Nigel Ward there would have been no ‘Inside Out’ programme, no investigation and maybe no motion today.”

He summarised his point of view thus:

“We have to all learn from recent events and change for the better. It cannot be wrong to say ‘thank you’ or ‘sorry’.”

One would have thought that few could argue with such reasonable sentiments.

His appeal fell on deaf ears. 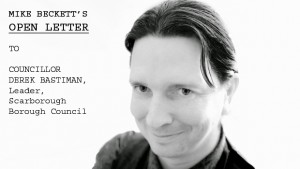 On Monday 30th March 2015, Liberal Democrat Prospective Parliamentary Candidate Michael BECKETT – himself a victim of CSA – allowed the Enquirer to publish his Open Letter to the leadership of SBC.: “ SBC: Time To ‘Fess Up And Say Sorry”. His concluding remarks bear repetition:

“If you are waiting for a call to issue a public apology, then I call for the leaders of both organisations [SBC and Scarborough & Whitby Conservative Association] to take the responsibility of publicly apologising, in the interests of community building, so people can better move forward – please do so!

If you refuse to issue a public apology, please state why. As, surely, the very least that should be expected is an Official Apology? I find it hard to imagine why you wouldn’t unless you are waiting for instructions from London to compel you to apologise, or perhaps there’s some other reason, unknown to the public.

I look forward to prompt responses in the interests of natural justice.”

But Mike BECKETT’s appeal fell on deaf ears, too.

My Most Recent Appeal 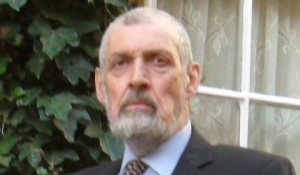 “So when I call upon you, as I do now, to offer the victims – the survivors – of Peter JACONELLI’s crimes – and, of course, their loved ones – your sincere expression of the word “Sorry”, I also call upon you to prevail upon the Mayor to offer a personal expression of his own sorrow and regret, both on his own behalf and on that of such of his former colleagues at the North Yorkshire Police who fell short of the traditional policing motto – ‘To Protect and Serve’.

This call, too, fell on deaf ears. 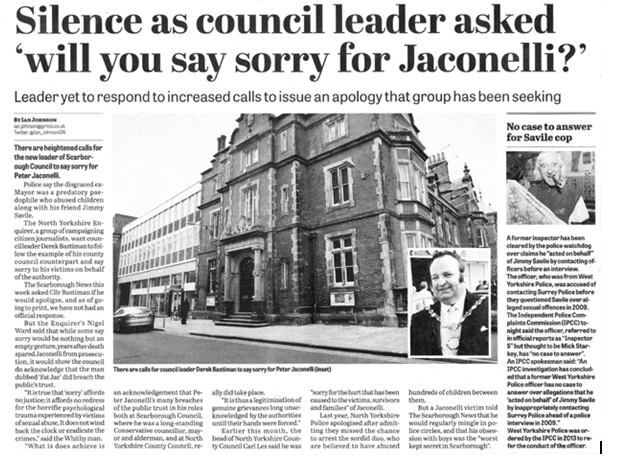 Meanwhile, the FOX/BASTIMAN position continued to be eroded by the apologies emanating from other North Yorkshire authorities, beginning with the Christmas 2014 press statement of Assistant Chief Constable Paul KENNEDY, on behalf of the North Yorkshire Police:

Then, on Friday 31st July 2015, in response to my Open Letter “JACONELLI: An Open Letter to NYCC Leader Carl LES” of 1st August 2015, NYCC Leader County Councillor Carl LES offered the most sincere apology yet:

“I have every sympathy with all those affected by abuse. I extend my deepest sympathies to adults who were the victims of abuse in their childhood and I admire their courage and determination in ensuring that historic allegations are not simply swept under the carpet but are highlighted and investigated. I am sorry for the hurt that has been caused to the victims, survivors and their families”.

But last week something changed.

After North Yorkshire County Council (NYCC) said sorry to the victims of Jaconelli in the summer I thought Scarborough Borough Council (SBC) would finally do the decent thing and say they are sorry. Sadly the winter is almost upon us and disgracefully SBC remain silent.

There are 50 Councillors on SBC in four groups, plus the Independents:

In my opinion, I believe some of those still on SBC are complicit in the cover up of Jaconelli.

I am in no doubt that some of those Councillors and Groups are disgusted by the SBC refusal to apologise and would like to offer their apologies to the victims for their trauma and continuing suffering due to past failings of SBC.

I have emailed all 50 Councillors giving them the opportunity to apologise as an individual and also as a group. I will publish all apologies in the coming weeks.

Four Councillors, from across the political spectrum, have responded positively to Andy’s appeal. I reproduce those responses at the foot of this article.

But it is interesting to review, in table form, a complete breakdown of the prevailing attitudes of our elected representatives. (Group Leaders are shown in bold type). Those who did not bother to return a read-receipt are marked thus: * 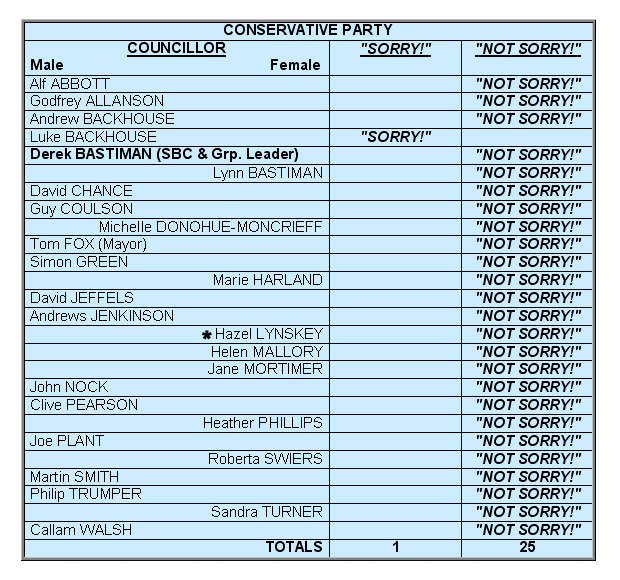 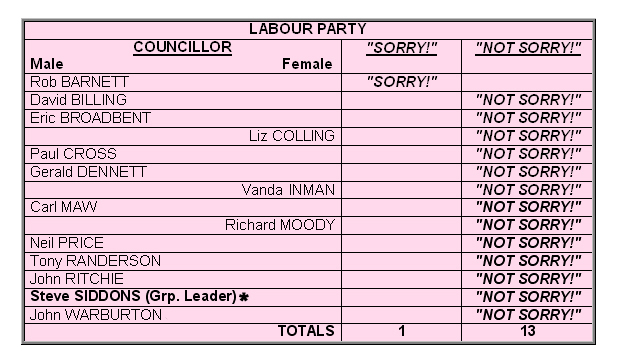 47 out of 50 Councillors read-receipted Andy’s email. Only those who did not (marked with an asterix – *) can plausibly offer the excuse that they were unaware of Andy’s appeal at the time of his press-deadline. Of the 4 who were moved to say “Sorry!”, three were male and one was female.

Here are the individual responses to Andy’s appeal, in the order in which they arrived. Readers who are (or who are connected to) victims/survivors of JACONELLI’s crimes may wish to give them special attention, for it is you whom they address when they say “Sorry!”. You may wish to thank them. We at the Enquirer certainly do.

Finally, one former Scarborough Borough Councillor has recently expressed, in very telling terms, a view held by many here in the Borough:

“By failing in its duty of care during Jaconelli’s abuse of his position, the Council effectively condoned his crimes. By failing to apologise to his victims now, the Council is continuing to condone his crimes. Why would the Councillors want to be seen to do that? It begs the question – were some of them personally involved? Actively involved? Is it even safe to use the past tense?” 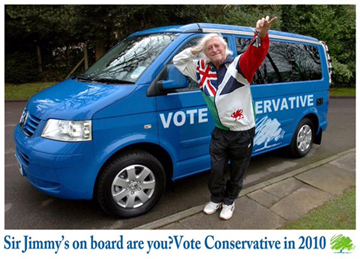 Many thanks for your e mail, I am disappointed that there hasn’t been an official apology, and for that I apologise.

As a new councillor from this may, and having been born in 1988, I don’t remember Mr. Jaconelli, and feel that an apology from myself has very little substance.

I hope that the other members of council, reply and apologise, and so to the council as a whole.

I wish you well and success in achieving you goal on this issue. 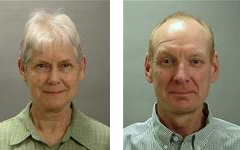 The Green Group is very sorry that failings of various authorities in the past led to the crimes of Peter Jaconelli being ignored and a failure to pursue a proper investigation. We are sorry for any failing of SBC in this regard. Most of all we are sorry for the victims and hope that they receive appropriate support.

Both Green Councillors have attended safeguarding training at the Council in recent times and are committed to trying to ensure that any current and future incidents of which we become aware are reported and properly investigated.

I am very pleased that you have brought this up. Although only just elected to the council, I think it both fitting and appropriate that those who are part of the civic body should both individually and collectively apologise. We owe that much to the victims of these crimes.

I will, of course, bring this up with the Labour Group.

BBC ‘Inside Out’ documentary coverage of our exposure of Peter JACONELLI