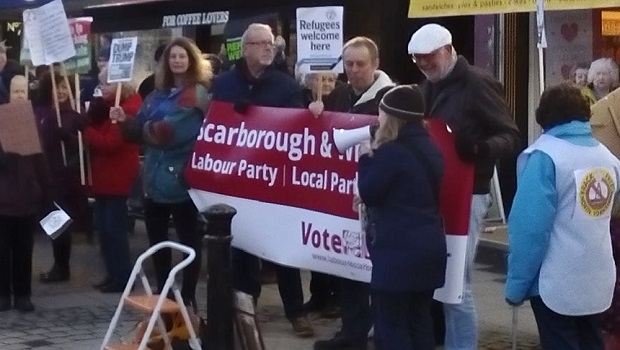 The leaders of the Scarborough & Whitby Labour Party turned up outside the Brunswick Centre in Scarborough town centre for an hour long protest against newly inaugurated United States President, Donald Trump.

The Labour Councillors stood shoulder to shoulder with comrades from the anti-capitalist revolutionary Socialist Workers Party, fellow pro-EU fanatics from the local Liberal Democrats and members of Frack Free Scarborough. 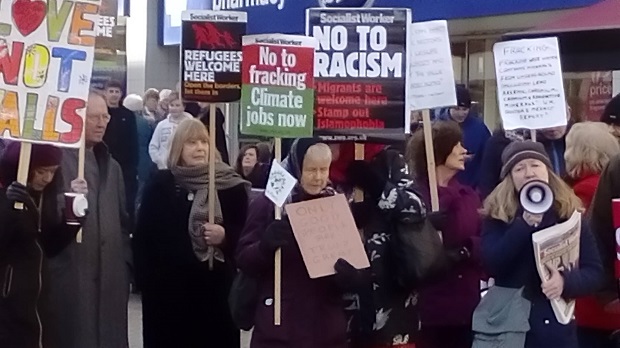 Scarborough Labour were no doubt motivated by the proximity of the May 4th County Council elections as Scarborough Borough Councillors Siddons and Randerson unveiled their banner.

The protest was led by the usual megaphone and placard-wielding Kim Hunter from the Socialist Worker’s Party, who appears not too keen on the Police and her beau, local Liberal Democrat organiser, John Atkinson. 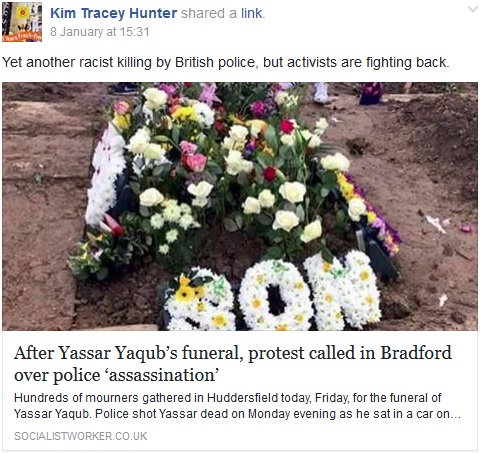