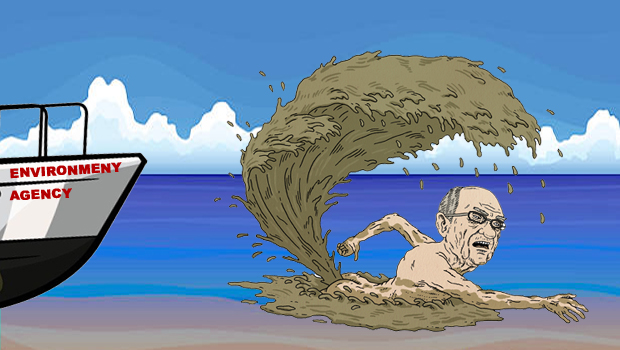 Now that the summer season in sunny Scarborough has come to an end, readers are reminded that the Enquirer has repeatedly raised the matter of the abysmal quality of the bathing water in Scarborough’s South Bay:

Further to the concerns expressed in the above-mentioned articles, readers’ attention is now drawn to the following page on the website of the Environment Agency, setting out its 2017 Bathing Water Profile for Scarborough South Bay: 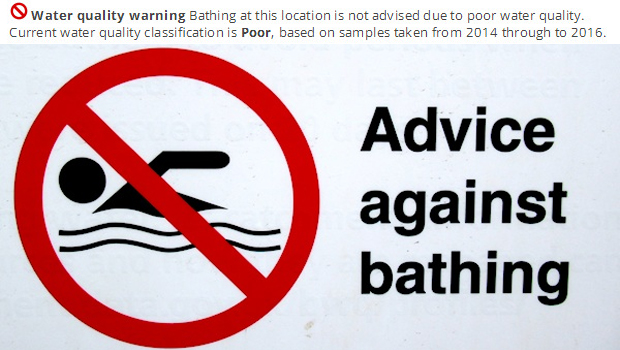 Once again, the sample graphs show markedly increased presence of the most dangerous contaminants coinciding with the Spring Bank and school Summer Holidays:

“This bathing water is subject to short term pollution. Short term pollution is caused when heavy rainfall washes faecal material into the sea from livestock, sewage and urban drainage via rivers and streams. At this site the risk of encountering reduced water quality increases after rainfall and typically returns to normal after 1-3 days. The Environment Agency makes daily pollution risk forecasts based on rainfall patterns and will issue a pollution risk warning if heavy rainfall occurs to enable bathers to avoid periods of increased risk. The Environment Agency works to reduce the sources of this pollution through pollution prevention measures, work with agriculture and water companies. 14 warnings advising against swimming due to an increase risk of short term pollution were issued in 2016 for Scarborough South Bay bathing water. These warnings were issued because of the effects of heavy rain on the water quality.”

“During the period 2010 – 2015 we allocated £110 million to help create some of the best beaches and cleanest bathing water in Europe. By working together in partnership with other organisations we aimed to secure the highest possible water quality standard at Yorkshire’s 19 designated bathing beaches. Bathing water quality in the region is already very high, but new European standards are raising the bar.”

Scarborough Borough Councillor Mike COCKERILL [Ind./Closet-Con.] is the Portfolio Holder for Project Leadership, Harbours, Coast and Flood Protection, but he does not respond to emails from me. Perhaps readers will be able to extract from him some explanation for the way in which one of Yorkshire’s prime bathing amenities has been allowed to sink to the lowest possible standard – POOR – and, at considerable risk to public health, consign the town’s reputation as a seaside resort to hell in a hand basket.

Councillor COCKERILL can be reached here:

Readers may wish to ask him why, for example, is this Environment Agency Bathing Quality Widget is not on the SBC website.

Readers may also wish to ask Councillor COCKERILL where McCAINS fits into the wider picture. I would anticipate his standard response – “I will not be corresponding further on this topic”.