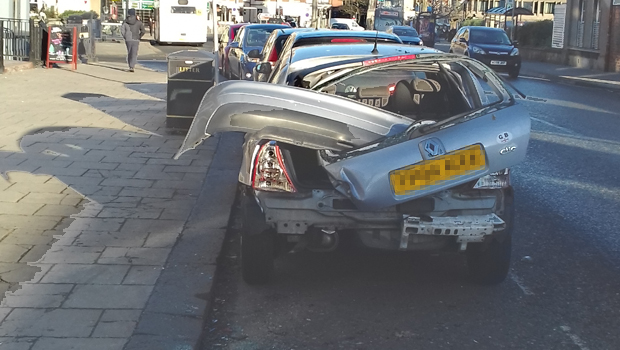 A Letter to the Editor from a disgruntled NEIL KIPLING, lamenting the refusal of our Council Tax paid public services to honour the responsibilities that justify their existence – playing ‘pass the parcel’ to an endlessly-looping soundtrack of “We shall not be moved!”.

The vehicle was involved in a rear-end hit-and-run accident approximately 4-5 days ago and has yet to be removed from the carriageway.

So much for safeguarding the Public.