I have read the various articles concerning Councillor Randerson, Councillor Plant and my e mail to Councillor Bastiman (which contained a confidential e mail from the Borough solicitor Ms Lisa Dixon) with some concern.

I think that referring to Councillor Randerson as “Randert**t” is obscene and unacceptable.  It may also constitute a criminal offence of harassment.

In my dealings with Councillor Randerson I have found him to be tolerant and scrupulously courteous. He does not deserve this type of personalised abuse, because he gives up his time for the public good by acting as a Councillor and has expressed differing views to some other Councillors.

In the past I have defended Councillor Plant. However, on this occasion I cannot. In my view, he should not have re/tweeted comments from Mr John Blagden, given the nature of his deeply offensive behaviour towards a fellow Councillor.  By doing this, he has associated himself with Mr Blagden’s views and conduct. I believe that by endorsing Mr Blagden he has brought the office of Mayor into disrepute.  Particularly as it has been suggested that Mr Blagden may be acting covertly under an alias, his real identity unknown, as part of a coordinated smear campaign.

I have engaged in correspondence about the RIPA issue because I am concerned that SBC may be abusing its surveillance powers for the political ends of the ruling Conservative Party.  For those of you that believe this is far-fetched, please see this: 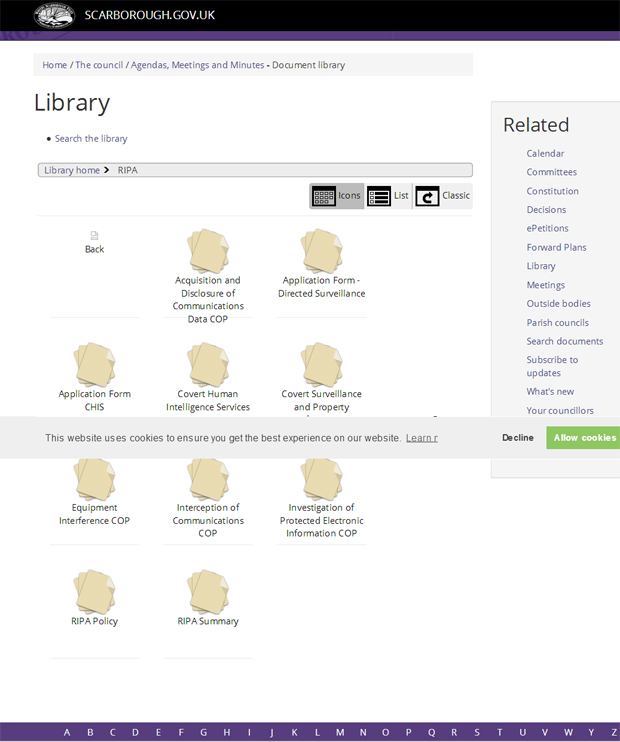 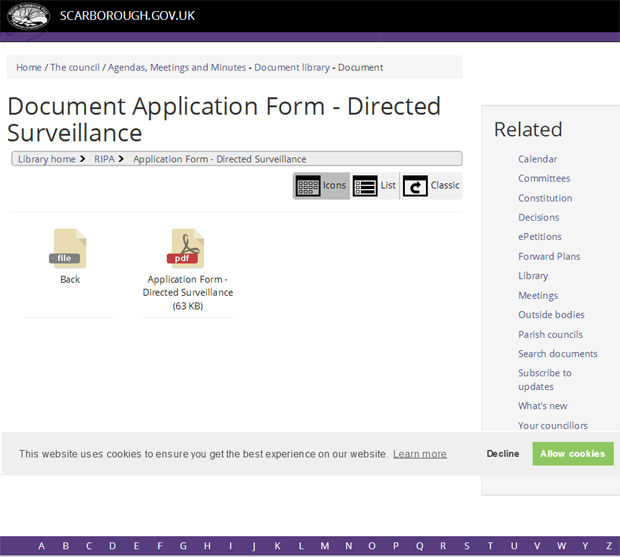 If SBC don’t use these powers, why does it maintain this store of reference documents and application forms to deploy undercover informants (Covert Human Intelligence Sources, or CHIS) and directed covert surveillance?

I believe my enquiries on this topic are probably the real reason I have been designated as “vexatious” and “unreasonable” by Mrs Dixon in her e mail.  Hence the aggressive response from Mrs Dixon and the thunderous silence from Councillor Bastiman, who refuses to enter into dialogue on this issue when a simple denial would resolve it once and for all.  His reluctance to comment appears to me to be a confirmation that SBC is routinely conducting surveillance operations.