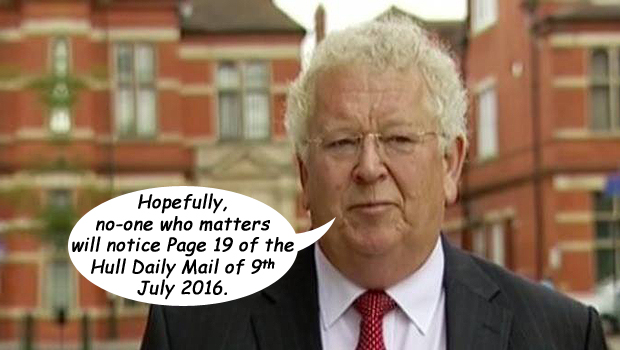 ERYC Councillor Andy STRANGEWAY [Ind.], quite aside from winning the hearts and minds of his Pocklington Provinical ward electorate in the three months since his election by far out-stripping the performance of his Conservative rivals, has re-written the ‘terms of engagement’ in local politics by poking fun at the County Hall ‘old guard’ with a series of so-called ‘photoons’ – the art of pictorial political lampoon pioneered by Private Eye (and used, to great effect, by the North Yorks Enquirer),  extracting the amber fluid from the incumbent East Riding of Yorkshire Conservatives. 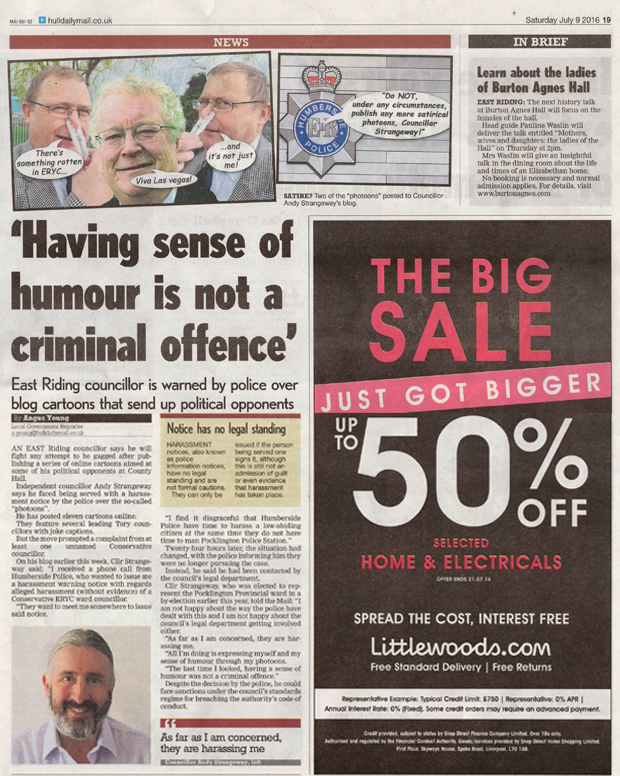 Amongst those who have ‘starred’ in Councillor STRANGEWAY’s photoons are:

Since there exists no statutory prohibition against poking fun at public officials, providing that it does not cross the line into indecency or excessive repetition, it would appear that Councillor PARNABY and his cohorts will simply have to bear it – grinning or not.

Those who find the ‘heat’ in the political kitchen too oppressive have a convenient avenue of escape.