There have been a number of recent instances of Council Officers’ competence and integrity being called into question. These questions should be answered because holding Officers to account is arguably an elected member’s first duty. Sadly, in this respect, very few members can claim to be duly diligent – even when they have been made aware of clear evidence of impropriety.

There is a reason for this which may not meet the casual eye. Within a few days of election, every successful candidate  is required to sign a document – an “Acceptance of Office” – legally binding the newly-elected Councillor to the terms of the Council’s Constitution, including the Councillors’ Code of Conduct. Within this compendious pile of documentation, there is a document entitled ‘PROTOCOL ON MEMBER/OFFICER RELATIONS‘ (Article 6 of which includes this:“Officers should not deceive or knowingly mislead Members or the public or withhold information that may be relevant to a decision”).  The overall effect of this Protocol is to establish the belief in members that they are mere amateurs and the Officers are the true professionals, the experts, the ultimate ‘authorities’ on a host of topics. Challenge them at your peril. They are the tail that wags the dog.

But they are not always right. Sometimes (too often) they make foolish and expensive mistakes. Sometimes, they are less than honest. And they never – never ever – admit to any degree of fault whatsoever. The best to be hoped for is that they “slither sideways” into an equivalent or better position in another organisation far, far away. In the wake of a recent blunder, readers will be quick to identify an appropriate example. At worst, there is no accountability of any kind. Failure is often rewarded. This latter is by far the more common.

I do not wish to cause personal embarrassment to an Officer of SBC who has obliged her/his employer by providing a Witness Statement in support of a prosecution brought by the Council which conflicts sharply with documentary evidence in my possession; therefore, I shall refer to her/him as Officer A.

First, a brief excerpt from Officer A’s Witness Statement, which I reproduce here:

This Witness Statement is, of course, signed off by Officer A in her/his professional position as an agent of SBC, under a Statement of Truth, in service of the Council’s desire and intention to convict the Defendant (whose identity I purposively do not disclose).

I draw readers’ attention, in particular, to the sentence:

This statement is not quite as unequivocal as it first appears. On the face of it, it asserts that no application for exemption has ever been made by the Defendant – full stop.

However, Officer A‘s Witness Statement, headed up by that so-called ‘Statement of Truth’, includes a convenient caveat:

is conveniently qualified by the caveat in the ‘Statement of Truth’ by the following ‘get-out’ clause:

Let us be charitable: could it be that Officer A was genuinely unaware of the application for exemption? Perhaps so.

Or could it be that Officer A was called as a witness by the Council precisely because, “to the best of her/his knowledge and belief”, she/he was indeed unaware of the following evidence to the contrary – an excerpt from an email and recorded hard-copy letter from the Defendant to a Director of SBC who has since slithered sideways, dated twenty months prior to the date of Officer A’s sworn Witness Statement asserting that no such application was ever made?

“However given that the Council has now set deadlines for the execution during which times I will be overseas and unable to take care of this untidy business I hereby apply for exemption under the [REDACTED] until such time as the legality of the procedure can be determined by tribunal or the Secretary of State.”

“I hereby apply for an exemption…”

It seems to me that this confirms beyond doubt that, contrary to Officer A’s sworn Witness Statement, the Defendant did make an application for exemption. Surely, it is impossible to interpret the above sentence in any other way?

This application was acknowledge by the Council. I hold that acknowledgement in my possession. And yet Officer A was called upon to provide a Witness Statement which, irrefutably, those who prepared the case against the Defendants must, or should, have known to be false.

Perhaps with the departure of the former Deputy Monitoring Officer Mr David P. KITSON, the Council’s record of his correspondence with the Defendant was deleted in its entirety, ‘in compliance with the requirements of the GDPR’. Perhaps it has been deleted purposively? But Mr KITSON, acting on behalf of the Council, was writing on behalf of Mrs DIXON, who most certainly must have had sight of his letter acknowledging receipt of the application. It would be stretching credibility to suggest that Mrs DIXON instructed Mr KITSON to write on her behalf without reading his email, either before (or after) transmission.

The following excerpt from Mr KITSON’s email makes it unequivocally clear that the Council was in receipt of the application for exemption (highlighted in red, above) and had acknowledged it within a matter of less than a week:

“On behalf of Mrs Dixon I also acknowledge your emailed letter of [the date of the application for exemption cited above].”

However, Officer A’s Witness Statement was the key evidence upon which Council, and the Court, relied.

Curiously, Councillor Tony RANDERSON [Lab.]. now the Portfolio Holder for Legal, Democratic & Governance, was present in Court in the Public gallery and witnessed SBC barrister Mr Mark ROBINSON admit to the Court that the Council had indeed received and acknowledged the Defendants’ application for exemption. Councillor RANDERSON has apparently now provided a Witness Statement to that effect. 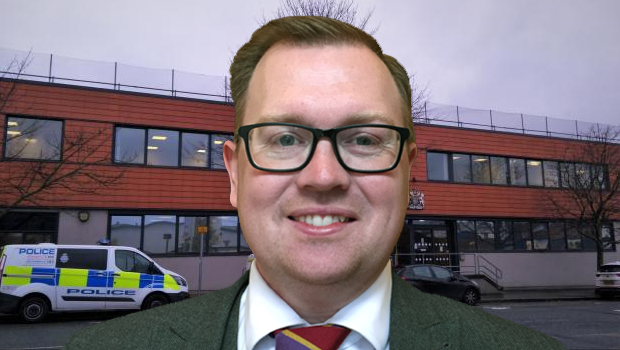 Unfortunately, the Court completely disregarded Mr ROBINSON’s admission, except to observe that the Council had conducted a “botched and lackadaisical” prosecution of the case and, on that basis, refused the Council’s application for costs against the Defendant, imposing only a nominal fine. Technically, the Defendant having no licence and no exemption, the Court could do no other. The blame rests with the Council, not the Court. (Readers are invited to recall His Honour Justice Humphrey FORREST, whose conclusion that the Council had conducted “a complete whitewash” in respect of the Ben MARRIOTT affair. And I will presently be reporting on another case with identical undertones).

So the Defendant lost out on the basis of a Witness Statement containing a false assertion, the falsity of which was known to SBC’s barrister Mark ROBINSON, known to the Court and known to Councillor RANDERSON, and must surely have been known to one or more of the Directors. Perhaps it was a Director who has already “slithered sideways” . . . and hopes that the whole affair will “slither sideways” with her/him.

But remember Article 6 of the Members/Officers Protocol, cited above:

“Officers should not deceive or knowingly mislead Members or the public or withhold information that may be relevant to a decision.”

But misleading the Court is permissible? Do me a favour!

I wonder whether or not the Director (or Directors) above Officer A in the SBC food-chain who instructed him to provide a Witness Statement will now evince the “openness and transparency” to come clean? Or will they ‘deem’ it necessary to deploy ratepayers’ money to defend Officers from a potential charge of perjury? Or will Officer A be hung out to dry and left to walk the plank? I sincerely hope not.

Perjury is the intentional act of swearing a false oath or falsifying an affirmation to tell the truth, whether spoken or in writing, concerning matters material to an official proceeding.

However, ‘Agent is Principal and Principal is Agent’ – which is legal-speak meaning that, irrespective of whose name and position appears on Scarborough Borough Council’s paperwork for the Court:

Surely, that means that the Council (the body corporate) has committed perjury?

Surely, that means that the Defendants were wrongly convicted?

Surely, that means that the Defendants should have their convictions quashed?

Surely, that means that the Council (the body corporate) must consider compensating the Defendants?

Surely, nobody (including Officer A) is expecting an apology from the Director (or Directors) who placed Officer A in such an invidious position?

Surely, the Director (or Directors), having been exposed on many occasions as dishonourable, or dishonest, or embarrassingly incompetent must now “slither sideways”? Has one already done so? Maybe someone in the Council will evince the “openness and transparency” to tell us . . .

Surely, one of our 46 Councillors (to whom I am happy to provide all of the evidential documentation covered in this article) has the legal knowledge and the moral courage to challenge questionable actions of Directors – especially when there is a suspicion of perjury?