The Enquirer has learned that Tory HQ has been exerting pressure on present ERYC Leader Councillor Stephen PARNABY [Con.] to stand down as Leader “in the best interests of the party”. Fire or no fire, the smoke would appear to have drifted as far as Westminster . . .

Indications are, incidentally, that this may be part of a wider crack-down following the unanticipated (by the Tories) resurgence in the Labour Party in the May general election. If such is the case, Scarborough Borough Council Leader Councillor Derek BASTIMAN [Con.] may also find himself under the microscope.

PARNABY’s credibility has been irreparably undermined by the drip-drip-drip revelations of Cottingham developer Mr Peter ROBINSON, as covered extensively here on the Enquirer.

One Councillor told us:

“Whether Parnaby accepts it or not, the party’s over. He has no choice. Already, the horse-trading has begun and favourite now to take over the Leadership role is Symon Fraser”.

Councillor Symon FRASER [Con.] is presently the Portfolio Holder for Asset Management, Housing & the Environment, whose Planning expertise makes him best qualified (amongst the Tories) to clean up the PARNABY mess. 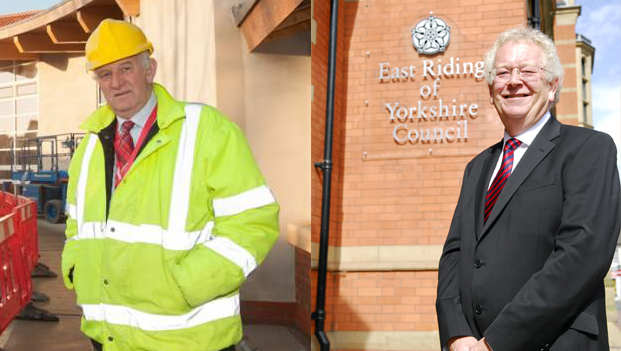 Consequently, Councillor PARNABY [Con.] is widely expected to announce his “retirement” at the Full Council Meeting on Thursday 28th July – the last Meeting before the summer recess.

PARNABY’s fall from grace is the latest in a series of deeply damaging scandals for the East Riding Tories, following as it does on the heels of the Dominic PEACOCK saga and the jailing of paedophile Arthur HODGSON.